Blog reader Paul Ehlers asks (and answers) this pertinent question in his opinion piece. Food for thought in my opinion, and definitely issues overlooked by those who are hysterically clamouring for another unnecessary (yes, I am biased, deal with it) amnesty period.

In recent weeks firearm related crime has been a very important topic of discussion. Gun Free South Africa spokesperson Adele Kirsten, human-rights lawyer George Bizos, and other prominent public figures announced at a press conference that they will be campaigning for Parliament to pass another firearms amnesty. The group is also planning a march to Parliament to express this desire.

What is the point of this firearms amnesty? The stated purpose is to present people in possession of illegal firearms with an opportunity to hand their guns in to the police without fear of prosecution. Sounds like a very good idea on paper.

But let us think about it for a moment. Who are these people with illegal firearms? Are they law abiding citizens who somehow found themselves in possession of a firearm, and are just waiting for an opportunity to legally get rid of it, or are they criminals who use firearms to rob, intimidate and kill?

It raises the question as to who would benefit most from an amnesty. Will criminals eagerly rush to the nearest police station to hand in their illegally owned firearms? There may be some who will do just that. Others may see it as an opportunity to commit more crime, as violent and brutal as may be, and as long as they are not caught and dispose of the weapon by handing it in before the amnesty runs out, he will suffer no consequences.

There are non-criminal citizens who may benefit from a firearms amnesty. I am referring to a particularly vulnerable section of our society; poor people living in disadvantaged communities suffering under high rates of crime. These citizens have been prevented from legally owning firearms due to the FCA making it difficult and expensive to obtain a licence. They are thus forced to illegally procure a firearm for the purpose of protecting themselves and their loved ones, considering that the legal route is out of their practical and financial capabilities.

If there is to be a firearm amnesty, it must benefit this section of our society as well. Instead of creating a no-questions-asked amnesty, make it such that a person is granted an opportunity to obtain a legal license for their illegally owned firearm, as long as they are not guilty of using it to commit any crimes.

Other law abiding citizens who may benefit from such a conditional amnesty are people who may have inherited firearms. They want to keep their guns because it has great sentimental or collector’s worth, but they didn’t go through the process of licensing it because our current system makes it nearly impossible. Allow these people to step forward and obtain a legal licence for their heirlooms.

We do not need another firearm amnesty to curb violent crime; we need effective law enforcement. We need the government to stop spending money frivolously and allocate more resources to the police and the courts. We need to address the serious problem of corruption in the SAPS, and put more policemen on the street. We need to put more magistrates and judges in the courts, and provide the justice system with resources to start locking the criminals up, and keep them locked up. I will agree with Mr Bizos that the death penalty might not be the answer, but neither is an amnesty.

Gun Free South Africa has always wanted to remove legal firearms from the hands of law abiding citizens, thereby depriving them of their best defensive tool against criminal attack. When your life is under imminent threat the police probably won’t be there to protect you, and will only arrive afterwards to investigate the crime which has already been committed. By then the disarmed citizen may already have become a victim.

If we are allowed the means to effectively defend ourselves there will be fewer victims.

The police are not always in the position to prevent crimes. Given the correct resources they will however be able to solve more crimes. Another reason that the public cannot exclusively rely on the police for protection is that they also fall victim to crime. Luckily in this instance the perpetrators were arrested.

Gun Free South Africa are also fond of stating that ordinary citizens cannot protect themselves with a firearm, seeing as the criminals will take it and use it against them.

It is a blatant lie, and even the elderly are successful in defending themselves against criminals by use of guns.

Two young thugs thought they could attack a 70 year-old man and his wife. Instead he turned the tables on them. GFSA would have you believe that the thugs would have taken his firearm off him and shot him with it. Instead they ran away pleading for their lives, and one even surrendered to the old man before the police arrived.

My plea to my fellow South Africans is this; do not support Adele Kirsten, George Bizos, and their associates in calling for a firearms amnesty. Rather insist that they cease persecuting law abiding citizens who only want to protect themselves and their loved ones, and start punishing the criminals who have no respect for the law.

The FCA has not… 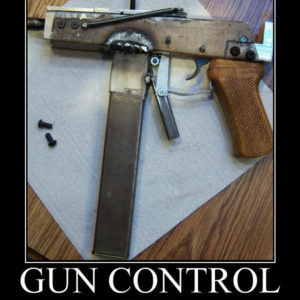 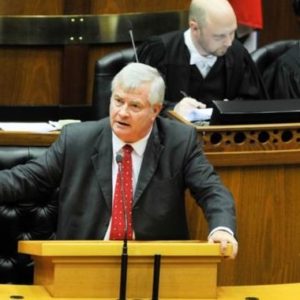