When His Majesty Langalibalele, King of the amaHlubi people, was summoned to account before the British Diplomatic Agent, he had good cause for concern. It was similar summonses by Kings Dingane and Mpande that led to the assassination of his elder brother, and his own accession to the throne. It also caused the flight of the amaHlubi to new territory negotiated from Shepstone. Absurd as it seems in hindsight, His Majesty believed that there his people might possibly have respite from being arbitrarily deprived of their property, dignity and lives. However, terrible disappointment lay in store for the King and his people.

For a while things went well; young men of the amaHlubi found employment in the diamond fields of Griqualand West and brought their earnings home. The nation prospered, but soon the mask of “benevolent” colonialism began to slip. The colonial administration began to see its role as one of extracting resources from its “subjects” in order to support its own activities, and to assert authority over all aspects of the lives of black Africans. Taxes were levied on things as personal as marriage, among others.

The breaking point came in 1873. The government had noticed that many of the young men were coming back from the mines with rifles, often received from mine-owners in lieu of monetary remuneration. The rifles were invaluable to the amaHlubi, and were used to protect their herds, put meat on the table, and defend themselves from bandits and aggressors. The colonial authorities instead perceived this as a serious problem; their vision of society could permit arms only as the preserve of the State and the (white, land-owning) elite, particularly for use in controlling the non-white population. To allow black gun ownership would serve to admit black Africans to that elite, and so doing acknowledge that they were members of the political community with the right to determine their own destiny. The authorities demanded that His Majesty appear before them and register all the guns held by his people. It was an impossible task, given that the King probably did not possess the information required to comply with their demands. There were also fears (current evidence supports that these fears were indeed founded) that the authorities were sabotaging or holding back guns for interminable periods when they were sent in to be registered by the black Africans.

When he didn’t appear as summoned, the King was branded a rebel and pursued by the enraged authorities. A skirmish ensued during which several European troopers were killed, and Langalibalele fled over the mountains to Basutoland. Here he was finally captured and brought back to be put on trial. His trial was widely considered to be a sham and a perversion of justice, even by colonial observers at the time. He was convicted and banished to Robben Island for refusing to bow to the will of his overlords.

Langalibalele’s exile to Robben Island was eventually overturned, but he returned home under the burden of what effectively amounted to house arrest: a final insult to his dignity and self-worth. Like other South African exiles to the prison island, he knew himself to be a free human being, not a beggar scraping for the merest inkling of recognition and respect.

The colonial government of the time greatly feared armed “natives”.

The continuation of a colonial ideal

These same ideas continued into the 20th century as Gen Smuts extended this attitude, beyond black South Africans to the white working class.  He made it clear that they too were be considered second class citizens by using military force to quell miners’ strikes and instituting mass gun registration to maintain government control of the common people, white and black, and assuage international fears of unionisation and socialism.

These same policies remained the standard approach of the Apartheid government, to limit firearm ownership to as few hands as possible and keep them out of the possession of the vast majority of South Africans. Restrictions were tightened even upon the white population in the 1980s, as the government realised that their hold on the minds of the population was slipping as they realised that the state tried to curtail their freedoms. Under this system even modern sporting rifles and pellet guns were deemed a “military threat” by the government, and it limited possession to those deemed politically loyal. This level of paranoia, so characteristic of the Apartheid state, was an early sign of its structural instability and inner turmoil.

The new Firearms Control Act, passed in 2000 and brought into effect in 2004, has as part of its core a slightly healthier attitude to the relationship between the people and the state. It expands rights previously the preserve of the elite to the majority of South Africans, and it tries to spend less time on that distinction central to the policy of the old regime; dividing the population into assets and threats, us and them. Unfortunately that core is not unalloyed; the drafting was left in the hands of Apartheid-era policemen and, perhaps well meaning, perhaps not, white amateurs (paid lobbyists, but amateurs in legal policy). The latter, particularly, were lost in that paternalistic pseudo-liberal model of race- and class-relations that so many Anglophone South Africans find it difficult to break out of; a model in which the people must be protected from themselves, “guided” to what’s best for them.

That cabal kept the form of a policy in which rights were nominally open to all, but forced on the nation and the police a structure that was obscure and difficult to access for the masses, was unable to deal with demand and created hierarchies of “need” (as judged by that same group) that require the working class, those most in need of protection, to spend time and money they can ill afford to jump through hoops designed to prevent them from accessing those rights (as desired by the remnants of the old regime) and to “protect them from their own foolishness” (as desired by the paternalistic middle-class).

These conflicting goals force the police to chase their own tails, micro-managing all sorts of distinctions between different categories of people and need and replicating work multiple times for the same applicants; judging them again and again instead of seeing to the best aspects of the law that do contribute to public safety; ensuring that firearms owners are trained and competent and that illegally held firearms are found and dealt with appropriately. Of course, this opaque tangle of regulatory requirements (a favourite strategy of the Apartheid state that South Africans still struggle to escape) only provides a fertile field for corruption and, perhaps, also drives people desperate for the protection that they need towards illegal firearm ownership.  How monstrous it is to make people choose between protecting their lives and families and obeying the law.

A time to embrace new ideas

As we approach the 200th anniversary of King Langalibalele’s release from Robben Island and the 20th anniversary of our first real election, let us look back upon his shameful treatment and upon the loss of land and heritage by the amaHlubi people; a loss they still mourn. Let us strive to preserve and enlarge our protections of all South African’s rights to fair administrative and judicial treatment, and to be considered free partners in our political community, rather than subjects to be bid to come and go, live and die, have or not-have property. Perhaps it is time to purify the heart of our firearms policy, to purge it of the remnants of oppression and paternalism that remain there, to stop seeing the people as either security threats or assets, but just to treat them as what they are: people.

If there is one thing you take away from this essay, may it be that no matter how you personally feel about guns (and I’m not as keen on them as many other people that I know), that the process of dividing people into such categories as “desirable” and “not desirable” is deeply damaging to our society. This is a legacy that we as South Africans should be struggling against until it is finally stamped out. 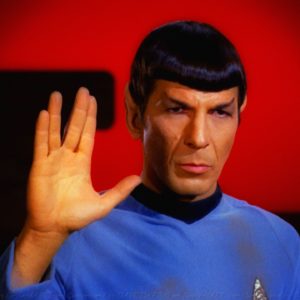