I am going to start this article with a disclaimer: I am probably going to tread on a few people’s toes here. And likely get a whole bunch of folks all upset. I could say Pardonne-moi, es tut mir leid, en moerse sorry…but I am not going to. The purpose of this blog is to tread on toes, slay sacred cows, and break all the eggs. So if what I say makes you unhappy, take a teaspoon of cement and harden up. Or abuse me in the comments section. Whatever. And yes: this is going to be a little bit of a rant.

Having been in the firearms ownership and gun rights game for a while now, one tends to notice popular and recurring clichés that pop up in discussions regarding guns. Some hold grains of truth, and others are just outright bizarre or wrong. Among the latter is a little irritation that has grinded my gears and made me tear my hair out for years: whenever the topic of which firearm is best for women to carry for self-defence arises, a certain crowd will inevitably cry out in unison: “.38 Special snubnosed revolver!”

Has anyone in the peanut gallery which so impulsively disseminates this opinion more frequently than Lindsay Lohan checks into rehab actually spoken to a woman who shoots? Any woman who shoots? My guess as to the answer would be no. Because if they had in fact done so, I am willing to put my proverbial on the block that the majority of ladies would have told them that they are out of their minds.

Why am I saying this? Based on what information am I making these sweeping and, depending on who you are, frankly outrageous claims? Well, allow me to tell you. After having spoken with quite a few women in the shooting community, their ages ranging from early 20s to early 60s, the topic of conversation at some point or other turns to what they carry for self-defence purposes. No discussion about firearms is complete without it, after all. What I found incredibly interesting is that not one of the women I spoke to would even consider a .38 Special snubby as a carry choice. Even those who actually carry them, and there are a few, do not speak highly of the weapons. At all.

The reasons as to why these revolvers are so disliked are numerous, but the most prominent complaints are as follows:

The end result of the above attributes is that the lady ends up with a gun that she doesn’t like shooting. In some cases she ends up with a gun she positively hates shooting. What happens then is that the revolver ends up in the safe, instead of being carried for protection. Which defeats the entire purpose of owning it in the first place. If the gun is fun to shoot chances are the owner will enjoy practicing with it, which would make them more proficient, more confident, and more likely to carry the thing. Which is obviously what we want!

Should you take a brief glance at the firearms market today, you will notice an overwhelming abundance of compact, sub-compact, and pocket pistols available. A complaint regarding modern double-stack semi-autos from women is that some of their hands are too small to wrap around the bulk of the grip. This prevents them from achieving a proper grip, which in turn prevents effective trigger and control manipulation. Fortunately things have begun to change: slim, single-stack, highly compact semi-autos are all the vogue at the moment. In South Africa we are blessed with a range of sexy options in this regard, the Smith & Wesson M&P Shield and Glock 43 being my personal favourites. These are tiny, pint-sized little guns that shoot like service pistols. In 9mmP.

Semi-autos have better trigger pulls, superior sights, greater ammunition capacity, easier reloading, and better recoil control than snubnosed revolvers. And they are just as concealable, if not superior in this regard. There really is no reason why, with the variety of options in abundance today, anyone should recommend a snubnosed revolver as the preferred choice for a woman as a carry gun.

The reasons generally given by the self-proclaimed pundits as to why snubnosed revolvers are absolutely ideal for women are as varied as they are dubious. One is that women do not possess sufficient strength to rack the slide on a semi-auto pistol. Now listen to me, whichever troglodyte happened to utter this toxic nonsense; a woman is strong enough to give birth. If she is capable of squeezing something the size of a human infant from her vagina, she is sure as shit strong enough to rack a slide on a pistol! Another equally dubious “reason” is that women would get “confused” with the controls on the weapon, and the simpler the gun is, the better.

Where there certainly is beauty in simplicity, the controls on a modern firearm are not exactly equivalent to the flight deck of the Space Shuttle. I have seen mouth-breathers whom I would serve ice cream to in a bowl (because I wouldn’t trust them with a cone) successfully operate a firearm. Including reloading it multiple times. Women, known for their ability to multitask, will have absolutely no problem in this regard. Finally we can deal with the claim of concealability. To bust this myth, go compare the size and shape of a .38 Special snubby with that of a Shield or G43, and tell me which is more concealable. I’ll wait.

Hand-in-hand with the myth that snubbies are just fantastic for women, is the claim that you won’t need more than five shots anyway. Newsflash: we don’t carry firearms because we expect trouble to be over after one or two shots. We carry firearms for the worst-case scenario happening to us and our loved ones. This should include carrying sufficient ammunition capacity, within reason, should such a worst-case scenario event occur.

If you seriously believe that worrying about ammunition capacity is only for the paranoid and delusional, I invite you to please familiarise yourself with the details of the 1986 FBI Miami Shootout. Officers were shot down as they attempted to reload their revolvers during the firefight. One of the felons actually walked right up to an agent and shot him at contact range while he was fumbling with his revolver. Surprisingly not all criminals turn tail and run when the first shots are fired. The belief that they do has gotten people killed.

Now don’t get me wrong: I do believe that there is a place in the defensive toolbox for snubnosed revolvers. They have served their purpose well during their heyday. Some have even survived into present day use despite modern semi-autos completely replacing revolvers in police departments around the world. What I do believe is that snubbies are most certainly not the tool of choice for women. I am but echoing what women themselves have already figured out.

Don’t take my word for it, mind. Feel free to read a woman’s view on what she believes to be good guns for beginners, and go watch the YouTube channel of a local lady (Carla Sparrow) who has some spot-on information regarding guns and carrying them. I hope that more lady shooters come forward into the blogosphere so that cretins like myself can happily step aside. I prefer leaving the explaining as to what they like (and hate) to shoot and carry up to them. But for now, Carla, I salute you. 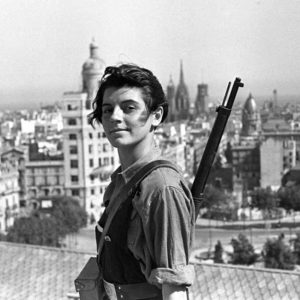