Bob Marley. Cool Runnings. Montego Bay. Reggae. Rum. All these are things are famously and quintessentially Jamaican. “Oh Kingston Town, the place I long to be,” went the UB40 lyrics from the song of the same name, and if you allow yourself to be carried away by the daydream of tropical islands in the Caribbean, you may just think of Jamaica as Paradise.

Jamaican gun laws unfortunately resemble something closer to the infernal than the divine. By today’s standards Jamaica has among the most draconian firearm legislation on the planet, and citizens cannot possess any firearms without providing compelling reasons as to why they need said firearms, and then complying with onerous, extensive, and expensive procedures in order to obtain their licences. This effectively turns firearm ownership into something that can only be achieved by the rich, well-connected Jamaican elite.

Back in the 1970s Jamaica was actually a paradise: an anti-gun paradise of Fascist proportions. Following spikes in violent crime, Prime Minister Michael Manley enacted two far-reaching and invasive laws in a misguided attempt to contain the problem. What resulted were the travesties known as the Suppression of Crime Act and the Gun Court Act.

The Suppression of Crime Act allowed for the police and military to combine forces in order to disarm the populace: soldiers would block off neighbourhoods and the police would then go house-to-house performing warrantless searches of every building and confiscating all firearms and ammunition found.

If this sounds menacing to you, then the Gun Court Act will be positively alarming in comparison. It is what amounts to a secret court, where all suspects are tried in camera and without a jury. The testimony of any police officer is sufficient to secure a conviction, and corroborating physical evidence is never required. If convicted by a Gun Court the guilty party will be imprisoned for life without parole.

Let that sink in for a minute: if you are arrested and accused of committing any alleged firearm-related offence, you can be sent to prison for the rest of your life with no chance of parole, on a conviction based solely on the testimony of any police officer and requiring absolutely no hard evidence what so ever.

How Orwellian is that?

This entire legal travesty, which tramples the very concept of civil rights in totality, was the brainchild of a man who graced us with this pearl of wisdom: “It will be a long war. No country can win a war against crime overnight, but we shall win. By the time we have finished with them, Jamaican gunmen will be sorry they ever heard of a thing called a gun. There is no place in this society for the gun, now or ever.”

Decades later we can look at Jamaica and judge whether or not Prime Minister Manley’s War on Crime (and War on Guns) has borne any meaningful fruit. With a homicide rate that has dramatically increased by 20 percent in 2015, and now stands at 45 homicides per 100 000 people, Jamaica has the dubious honour of being in the top 5 nations with the highest murder rate on Earth.

Even more damning, Jamaica’s homicide rate in 1973, before the gun ban, was 11.5 per 100 000. In 1977, three years after the ban was enacted, murder rates nearly doubled to 19.5. By 1980 the homicide rate had nearly quadrupled to 41.7, and peaked at 59.0 per 100 000 people in 2007. In summary, after having banned civilian ownership of guns, Jamaica experienced a near-fourfold increase in its homicide rate within a period of only 6 years. And the homicide rate has remained exorbitantly high ever since.

Despite a gun ban enforced by warrantless search-and-seizure by the authorities, and despite lifelong imprisonment without the option of parole for any gun-related offences, the Jamaican homicide rate is among the highest in the world and continues to increase. It is quite obvious to conclude that the incredibly severe and repressive gun control enacted by Jamaica in 1974 had absolutely zero impact on curtailing the rising homicide rate. In fact, by disarming law-abiding Jamaicans of their ability to protect themselves against violent criminals, the 1974 gun ban had exactly the opposite effect: a sustained and astronomical increase in the homicide rate.

Gun control does not work. It turns citizens into soft targets and does absolutely nothing to stop criminals, who do not care for laws in any case, from perpetrating violence. Because if you outlaw guns, only outlaws will have guns. And the bloodbath will simply become so much worse. 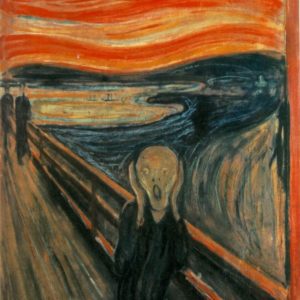