The debate around whether or not to carry your defensive handgun with a round in the chamber is comparable to other firearm community circle-jerks unlikely to die before I myself check-out of this mortal coil. It is a tad dishonest to refer to the matter as a debate as such, since the vast majority of firearm carriers and firearm instructors believe in carrying with a round chambered, but the issue still comes up for discussion from time to time.

The reasons generally given as to why people carry firearms with empty chambers are varied. Some claim that firearms carried with a loaded chamber are “the number one cause for accidents”, without providing data or supporting evidence that this is actually the case. Some people lack confidence in their ability to safely carry with a loaded chamber, and instead of seeking to rectify this issue with training rather choose to carry the firearm with the chamber empty. Others again believe that they will somehow be in a better position to defend themselves if their assailant forcibly takes a firearm with an empty chamber off their person, and carry it thusly instead of training and practicing basic weapon retention skills.

Although not an exhaustive discussion, there are several reasons why carrying with an empty chamber is a bad idea.

Depending on the source quoted, it is accepted that average time for a trained police officer to experience a threat and determine that it is real is around 0,58 seconds. It takes the same officer on average a further 0,56 to 1,0 seconds to make the appropriate response decision. Thus, before a trained police officer has even physically begun to respond to a threat, nearly two seconds have already passed.

Response can be one of five possibilities: defend, disengage, posture, hypervigilance, or submission.

In the event of a defend (or fight) response, the acceptable time for a trained police officer to draw their service weapon and place two shots on a target at 7 yards (about 6,5 meters) is between 1,0 and 1,5 seconds. This means that from the moment a trained police officer experiences a threat, decides on a response, draws their weapon and fires two accurate shots at the threat, a minimum of 2,14 seconds has passed.

This is the time it takes for a trained police officer who maintains a minimum standard of proficiency. It would take the average civilian, who will be drawing from concealment and will not have to comply with and maintain the same minimum professional standards, a good while longer than this still.

If the weapon is carried with an empty chamber and it takes you 0,5 seconds to load (which is highly optimistic as you shall soon see), you have added at least 23% to the average response time of a trained police officer. In a potentially life-threatening situation, where prompt use of deadly force is required, time is a luxury you may not have.

Accuracy is another concern. In all the videos I have seen online that demonstrate how to rack the slide of a handgun after drawing and before firing, there is no indication on whether or not the target is actually hit. Anyone can, for the purpose of demonstration, quickly draw a firearm, rack the slide, and fire a shot in a supposedly impressive time.

The action of loading the weapon between drawing and firing also destabilises the firearm, and forces the shooter to use only their one hand to aim and fire the weapon. In already highly dynamic situation, I do not think I need to stress why it is undesirable to add further handicaps to yourself.

As important as time is in a violent encounter, and it is indeed vitally important, accuracy is of equal importance. There is no point in being fast and inaccurate, just as there is no point in being slow and accurate. An acceptable standard of both time and accuracy must be maintained, and anything that deprives you of either for no good reason must be discarded. Such as carrying a firearm with an empty chamber.

Injury or Occupation of Hands

Violent encounters tend to happen fast and unexpectedly. The aggressor usually has the initiative by deciding when, where, and how the attack will take place. This places the defender into a strictly reactive position, and very much on the back foot. Maintaining a serviceable level of situational awareness, Condition Yellow for those familiar with the term, is a way of minimising much of this disadvantage, and is therefore highly important. None the less, in the majority of situations the initiative, and initial advantage, lies with the aggressor.

The significance of this is that the defender may very likely need to use of at least one of their hands to fend off the attacker(s) in order to create space and opportunity to bring their firearm into play.

In the inevitable chaos that ensues after first contact, it is very possible that the defender will be unable to have the time to chamber a round. Even if time and space to do so are created, the high-pressure nature of the situation may lead to the slide not being properly racked, resulting in a miss feed and malfunction.

The likelihood of such an undesirable outcome increases if the defender is forced to use one-handed slide racking techniques whilst fighting off their attacker(s) with the other hand. The firearm is now rendered useless for all practical intents and purposes, and the malfunction must first be cleared before it can be fired. All while the defender is still under attack.

Another possibility is that the defender may suffer injury to their arms or hands, since these are the body parts instinctively used to protect oneself from attack.

Having myself recently attended a comprehensive training course on how to fight whilst injured, I can categorically state that operating a firearm with only one hand requires a lot of training and practice. Reloading, malfunction clearing, and one-handed slide racking techniques are vital for firearm carriers to master, but relying on such techniques as the primary method of getting your firearm into the fight is foolhardy and suicidal.

This becomes especially relevant when considering the adverse effects of pain and what slippery blood does to your ability to manipulate the slide and controls of a firearm.

What was obvious regarding the aforementioned techniques, is that using one hand to load a handgun is something you preferably want to do behind cover and during the briefest of lulls in the engagement: it is not something you want to do whilst being attacked. If an aggressor is actively attempting to stab a knife into you, you are probably going to fuck it up.

If you carry your defensive firearm with a round in the chamber, you are at all times aware of its condition: you have likely loaded it in the comfortable and safe environment, chamber checked it to ensure correct feeding, and strapped it to your body. It is now ready to be used defensively, and requires no further action from you.

In contrast, carrying with an empty chamber will require you to load the weapon before it is capable of being used defensively. As previously discussed, you may be injured, may only have the use of one hand, may be forced to do so under immediate and violent duress, and may end up causing a malfunction that renders your firearm unserviceable.

The only way of guaranteeing, within realistic limitations, that your firearm will actually be capable of use when you most need it, is to carry it with a round already chambered.

The desire to carry with an empty chamber stems from a variety of sources. Ignorance, unfamiliarity with the chosen handgun platform, a lack of confidence in weapon retention ability, a lack of confidence regarding safety in general, and dogmatic belief in what certain martial arts trainers spread as gospel.

All of these (except maybe the last) can be addressed by seeking training from respected instructors. South Africa fortunately has no shortage of these, so there isn’t really an excuse to leave the problem untreated.

Also, spend time and learn your handgun inside out. Understand how its safety mechanisms work. Understand the shortcomings of mechanical safety devices, and why trigger finger discipline and muzzle awareness is highly important.

Become confident and competent in carrying your firearm with a loaded chamber. Because the day your number comes up, and you carry your weapon with an empty chamber, you may have the rest of your life to rack that slide. 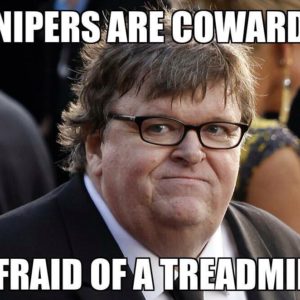 Traveling to Liberal Loony Town: A How To Guide