When I was still pretty newly out of Police College, I could tell the level of my Warrant Officer’s authority by the size of his moustache and that look in his eye that said, “Blougat! As jy hier gaan rondfok sal ek jou soooharddonner you maa gaan dit voel!” (My apologies to sensitive viewers) It was the mid ‘80s and into this environment myself, my tunic, boned ‘school shoes’ and Walther P38 were thrust. Some guys called it the “Parabellum” (possibly because before it the calibre had not been used by the police), which for a newish guy like me caused some confusion early on as the shoes we wore were also called “Parabellums”. (Of course the teachings of the Jesuits at St Georges in Harare were not forgotten, and as many of you Latin torture victims will know, Parabellum means “prepare for war”.) So, when Warrant Marais screamed “Yours (sic) Parrrrabellums betir bee tomorrows fokkin blikskoon! (sic, repeated apologies, etc.)” I just made sure both pistol and shoes would be in a condition to make Minister Louis le Grange’s wife faint.

One fateful day, during Marais’ morning duty-on inspection, he happened to watch me remove my pistol’s magazine, lock back the slide and then went apoplectic purple with disbelief when he saw a round pop out of the chamber. With his massive moustache parted in the middle so I could see the gap between his front two yellow teeth, he hissed as he inhaled, and then opened up on me in the time-honoured fashion of screaming entire sentences with his mouth standing open in one position. The part, in between indecipherable Afrikaans, I understood was “does you think youse some sort of fokkin mercenary?” Clearly, in his mind, only someone who would sell his soul to the Devil and body to a foreign power would dare walk around a PWV police station with a round in the chamber. He went on to lecture me on my reckless, foolhardiness, and utter contempt for civilised law and order without once looking at my shiny shoes. The fact that before I had already served an active tour in the bush, before meeting him and his moustache, was completely missed. Even though it was right there in my personnel file he took his time muttering over a week earlier. The short story is that I made sure I had an empty chamber on inspection day.

Very strangely this attitude is followed today. In amongst the Israeli draw, Texas hold ’em, and whatever other new fancy name people derive, some believe, quite falsely, that you may or must not carry a pistol with a round chambered. You can list me the condition of your choice, but since one of my first contacts I realised (for that DA/SA pistol design) a chambered round, hammer down, safety off was the fastest and most efficient method of carry for me.

Oooooo….say some of the professors…(insert: intention to kill, dropped firearm, disarmed bearer) Well, here now and quite sincerely there is NO LAW, past or present, that dictates in what condition your firearm is to be carried, in the civilian or police world equally. There is no letter of law dictating any level of intention by having a live round in the pipe or 19mm lower in the magazine. Pray tell me, what if you have a revolver? Is a full cylinder an “intention to kill”? Or should your five shot Rossi have an empty chamber under the hammer (you clumsy fool) and another at 11 o’ clock in case you accidentally pull a full 5 lb’s double action? So essentially, to satisfy the numbnuts out there, you must pull that trigger twice to hear a bang and then be prepared for only another two before your ammo runs out. Why don’t you just carry a sock with a kilogram of 5c coins in it? Equally worthless.

On the semi-auto front, you should attempt a few scenarios with drawing, cocking and firing with a wrestling, struggling target, while on your back, jammed between your bed and the wash basket, in the dark. Carry how you want, according to your skill set, position of carry, comfort with the weapon and preparation for any scenario. I really don’t care in what condition you carry. It’s your firearm, but don’t piss me off telling me how I should do it, and I promise I won’t tell you.

Why the Internet is… 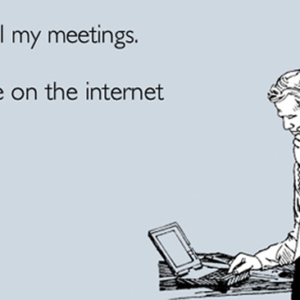 Does Your Training Methodology Define… 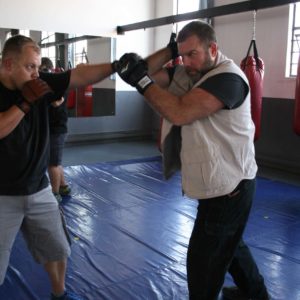