All firearm licences that were valid before the Firearms Control Act of 2000 became law in 2004 are valid. This includes the green laminated card licences, and those which are pasted into ID books.

There are no exceptions to this fact, regardless of whether or not the holder of such a licence bothered to apply for the so-called new white licence cards.

In his North Gauteng High Court ruling on 26 June 2009 Judge Prinsloo was clear and unambiguous, and he made no mention that anyone who had “converted” to the new system were excluded from his decision.

Judge Prinsloo ordered that “all firearm licences contemplated in sub-item 1 of item 1 of schedule of the firearms control Act, Act 6 of 2000 shall be deemed lawful and valid pending final adjudication of the main application.” There have as of yet been no final adjudication, nor are there any indications of such adjudication being imminent or planned, hence the interim order stands as is.

The Firearms Control Act Schedule, sub-item 1 of item 1 refers to any licence that was issued in terms of the previous act, the Arms and Ammunition Act 75 of 1969, which are the green card and ID book licences. Thus the ruling applies to all holders of previous licences except in cases where such licences were terminated, cancelled, or surrendered.

To further clarify, the current ongoing court case applies only to expired white card licences, and has absolutely nothing whatsoever to do with the validity of the old Arms and Ammo Act licences.

If you possess one of these licences, it is perfectly valid and legal. You can carry and use your firearm licensed under the previous act, and you can use your licence to purchase ammunition for the weapon in question. The facility to reprint lost or damaged “green” licences also exists.

Hopefully this puts the issue to rest permanently.

EDIT: the recent Constitutional Court judgement has nothing to do with the old green card and ID book licences. They remain valid.

There is No Such… 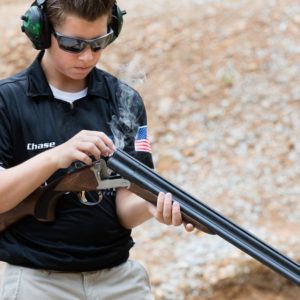