Here we go again. Strong rumours about impending FCA amendments abound. Amendments that will supposedly make it even harder for South Africans to licence firearms. The CFR are already arbitrarily refusing licences, not printing licence cards, and not processing dealers’ 350s. Have we, the gun owners of South Africa, not suffered enough? Considering that we form the most law-abiding segment of society, one would expect politicians to leave us alone for a change. We are not the people going out there committing crimes. In fact, many of us own guns to protect ourselves from violent criminals.

It is a well-known fact that the SAPS’s average response time to an emergency is beyond suboptimal. And that is putting it mildly. We are after all the first responders to our personal crime scenes. The government cannot protect us. But they are certainly trying very hard to remove our ability to protect ourselves. While they themselves hide behind armed bodyguards and special police units.

Personally I have had enough of this persecution.

Every couple of years firearm owners have to stave off new attempts by government to curtail our rights and privileges. The officials who seek to take our guns, or make it more difficult for law-abiding citizens to legally obtain guns, never provide any good reason for why they are doing what they are doing. They simply repeat the same tired platitudes that arms in civilian hands are undesirable in our society. Then they lie about our guns being causal factors for crime and violence. Justifying their position requires  a lot of exotic hand gestures and hocus-pocus.

It is a disgraceful, disingenuous charade.

Politicians don’t want civilians to own guns, because it removes government’s monopoly on the ownership and use of arms. This is the driver of government anti-firearm sentiment around the world. Complete civilian disarmament is after all the reason for the creation of the Firearms Control Act. We mustn’t forget this. Because our policy makers clearly remember.

This is why politicians allow foreign-funded NGOs like Gun Free South Africa so much free reign. They have no support base among South African citizens what so ever. But because GFSA promote a civilian disarmament agenda, they are allowed centre stage to spout their propaganda. With the blessing of our politicians.

In their ideal world only the police and military will have guns.

In order to advance this agenda, they accuse legal gun owners of being a contributing factor towards violent crime. All the available research shows entirely the opposite: when more people licence guns, violent crime goes down. To get around this inconvenient fact, they then accuse us of being a source of weapons for criminals.

Such accusations are revolting. When violent criminals rob people of their firearms, they are victims. Blaming them for being robbed of their lawful property through violent means is beyond obnoxious. It is an obscene display of victim blaming. But government officials shamelessly indulge in the practice to punt their narrative at us.

This is also an exercise of utmost hypocrisy.

The government are woefully pathetic custodians of their own firearms. By a conservative estimate the South African Police Service alone lose 8 times more firearms per capita than civilian gun owners do. Civilian firearms are also recovered at a rate 15 times higher than that of the SAPS. To add further insult to injury, the police sold thousands civilian firearms to gangsters on the Cape Flats. These firearms were handed in by their lawful owners during the previous amnesty. It would have been far safer for those guns to have remained in civilian hands.

I dare say the government needs to urgently plug the torrential stream of its own guns ending up in criminal possession before it can be remotely justified in making prescripts to civilian gun owners.

The recent massacre of police officers in Ngcobo was done with guns stolen from the SAPS. This is not the only example of police officers being murdered by use of lost and stolen police guns. Bar the odd soundbite, politicians completely ignore incidents like these. We, the civilian gun owners, are the scapegoats.

And we have had enough.

We constantly have to defend our rights from baseless attacks by politicians. Government officials blame us for increasing crime. But all the evidence proves the exact opposite. They accuse us of being a “gun lobby” consisting of “white middle-aged men”. But the vast majority of South African gun owners are black and coloured. We are treated like second-class citizens in our own country. Because we own guns.

But the oppression does not stop there.

It is already much too difficult for the poor to legally obtain firearms. They are vulnerable to the predation of violent criminals, and very frequently there is no police presence nearby. The government has repeatedly failed these people. Their areas are notoriously unsafe. Many of these people can barely afford anything more than a .38 Special revolver as it is. They certainly cannot afford armed response and electric fences. If they cannot protect themselves with guns, they are defenceless victims. Making it even harder and more expensive to legally licence firearms is an atrocity.

The old adage says that nobody is really anti-gun: they are merely against citizens owning guns. They are very much OK with the government being the only gun owner. South Africans know very well what it was like when our government had the monopoly on gun ownership and use. We don’t want to go down that road ever again.

The problem with Bheki… 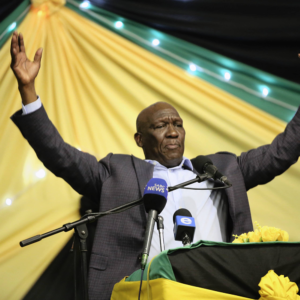 It's not a gun problem.… 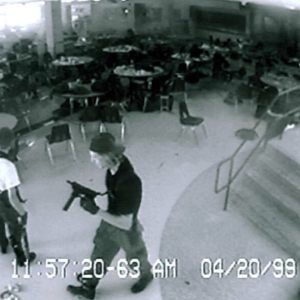