As most of us are aware, shooting is a perishable skill. As with any hard skill, once it is practised and trained to a level of unconscious competence, further training often seems redundant. Because I’ve “mastered” the skill of the reload, I no longer need to train it.

Where the difference between individuals becomes apparent is in the number of repetitions it will require to obtain a specified level of proficiency. Someone with what is perceived as “talent” will achieve a skill far better than the average person. They will reach a goal faster and with less practice.

This is however an inaccurate view on many actions we perform. Firearms manipulation is not a skill that occurs naturally. A good runner will achieve success because of certain physical attributes. These will be improved by constant exercise, but the underlying ability is there whether it will be used or not. A good runner will run well, anywhere, anytime, any context.

Operating machines, especially operating machines that require less in terms of physical ability and more mental acuity, are learned skills. No one is born with the ability to drive a car. Unless it is done through an effort of will, no person will learn to ride a bicycle. Playing a musical instrument requires many hours of practise before the noise starts sounding like a melody.

Shooting is much the same. There is a perception that shooting is easy, and that due to certain cultural and historical circumstances, certain people will have an innate talent for shooting.

This is very far from the truth. Just because your great-great-great grandfather could shoot an egg off a pole at a hundred paces when no one else could hit an elephant at fifty, does not make you a talented shooter.

When undertaking any training course, the important thing will be to approach that course with the correct context in mind. Going on the latest high speed low drag course is always fun, but keep the following in mind.

Instructors who present such training must take into account the likelihood of a person who has attended many courses, but achieved little skill showing up. They might have good gear, or they might have some third hand leather holster and wear a cheap belt. Spare magazines are often just kept in pockets.

As an alternative, limiting what the student must accomplish in a course will serve to provide a fun experience, put money in accounts, and give the student a sense of achievement. Be wary of courses that offer a large number of skills in a relatively short amount of time. Training is likely to be in the form of a demonstration, often to showcase the skill of the instructor, and then a few repetitions.

If we compare these skills with one used more commonly, such as driving, it can serve to contextualise other skills.

A 200 round, weekend course, training “Tactical” skills is much the same as saying a person with no prior driving experience will be taken around a track for 200 km, and then entered into a race against people who have been racing for decades.

No driver is a good driver after 200 or even 2000 kilometres of driving. Especially not in the protected waters of track, or in the shooting context, a square range. Before a driver is proficient they must employ the same basic skills in many contexts. Driving on the highway in light traffic on a clear day is easy. Doing the same in an unlit, rural stretch, in the rain, after midnight, alone, is far from easy. But it’s the same basic skills being employed.

Now the crux: Even if a person has attained a certain level of skill, and feels confident in those skills, never become complacent. Being able to perform to a certain level might be easier for some, but it does not lead to parallel performance level when the circumstances change drastically.

A person who relies on perceived talent might well fall into a trap where they believe they are able to solve complex problems based on the natural ability they have. Certainly some may well be able to solve many problems with no prior experience of them. But keep in mind that as any new driver will at some point either stall a car or spin the wheels, so too will any shooter at some point perform an action incorrectly.

While talent, or perhaps more accurately, a natural aptitude in learning a specific skillset, will take a person further and get them there faster, the underlying skills, however, must still be trained and practiced. Any manipulation of a firearm is a complex problem that needs solving. From spacial orientation skills required to load ammunition into a magazine, to identifying the correct procedure to repair a malfunctioning firearm, cognitive and motor skills are required.

In a practical sense, no top shooter has achieved success without many hours of training, practice, repetition, and hard work. if it takes the shooter who is best in their field thousands of rounds a month to stay the top shooter, even though they have more “talent” than the next person, surely practicing a skill intended to save life should be approached the same?

Similarly, training the correct, most effective method, will ultimately achive better results than a inferior technique. Budgets are tight for everyone. It would behove us to ensure we train and practice both with the correct mind-set in terms of outcome, as well as in approach to training itself. 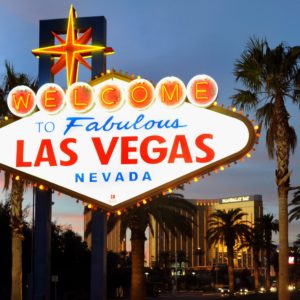