CHASA weighs in on HuntEx

The Confederation of Hunters Associations of South Africa (CHASA) issued a press release today in which they support legal firearm owners’ right to carry, and unequivocally declare their support for all firearms rights in general. There is no talk of some animals being more equal than others here, and I for one believe that a statement has been made that we can all get behind.

I am not a member of CHASA…yet. I do believe that with them taking leadership in this fashion they very much deserve my membership, even though I do not hunt. I hope the same sentiments are shared by many of you.

CHASA is on our side. They are on the side of all firearm owners. They are good people, and they deserve our support. Let’s make it show, folks.

The recent announcements by Huntex management and consequent social media action, including calls by some gun owning sectors for a boycott of Huntex have reference.

The CHASA Board discussed the matter in detail at their meeting of 6 September. The overwhelming majority deplored actions designed to restrict firearm carry to anything less than what is already prescribed in relevant legislation. They briefed the CHASA Exco to communicate with Huntex management and to inform our members of our consequent opinions and proposals. CHASA through the Exco have thus agreed:

– That any message voluntarily sent out by pro firearm structures, be they business or association, which intimates that additional restrictions over and above existing legislation are warranted in the name of “displaying a desire to be safer” stand every chance of being used against us on the premise that they are legitimising arguments popular amongst the anti-firearm lobby, whilst they do not really decrease the true risk and in some ways may in fact increase certain dangers.

-We have been informed that Huntex management are indeed still canvassing legal requirements and options, and trust that their brief will be to genuinely find the most fair and unrestrictive solution rather than one which is a convenient relinquishment of legitimate practices for the sake of simple expediency.

-The recent long period of relatively successful processing of new licence applications has lulled us into a false sense of security and reduced the sense of urgency amongst all pro firearm groups. Too long has passed since last the United Firearm Forum has met. It would perhaps be proactive to reconvene those stakeholders to seek consensus and canvas options relating to this and some other matters looming over firearm ownership in South Africa.

-Huntex has been a fantastic success in showcasing the joint causes of firearm ownership and hunting and any actions taken by the firearm/hunting public should not be designed to damage the image of the event or its owners/organisers, but we recognise that the same irate public needs to be recognised and heard in their dissatisfaction. This response joins our membership numbers with other disgruntled firearm owners in terms of stating our collective dissatisfaction!

We therefore call on the Huntex management to withdraw their various self-proposed restrictions on “legal carry” at their shows. We suggest they instead ensure all entrants to Huntex are fully aware that it is in fact a pro-gun environment and urge due diligence and care from all. A waiver or indemnity from ALL persons entering the show or bringing in children is prudent, and entrants should sign a declaration that they have taken cognisance thereof. Another suggested possibility is the creation of safety range/area where those people specifically needing to handle their personal firearm such as when discussing gun-smithing work, fitting of accessories/sights or similar legitimate issues with traders have an appropriate place to do so.

Anyone proven to be unnecessarily handling their personal firearm in an inappropriate manner or place should be summarily removed.

The Firearm Blog has… 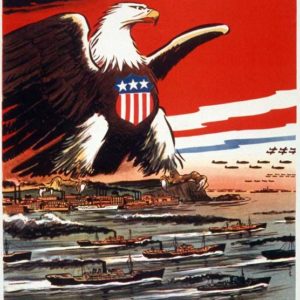