A satire by Ashley Ross

On the back of Pravin Gordhan’s 2017 Budget Speech, South Africans are set to have even less spare change at the end of the month, with the faltering economy putting wallets everywhere under more pressure every year.

“The street corner drug hustlers just don’t pay as much as they used to,” says Lourens de Yster, a public order officer in the Pretoria CBD. “You shake these guys down once a month or so, but they just don’t have the sort of cash you’d see a year, even six months ago. Money’s tight for everyone, even them.”

This is why plans announced by the Minister of Police last week to declare a six month firearm amnesty this year were widely praised by members.

“We’ve been running low on firearms to sell to people for a while now. You can only sell your issue gun so many times before your captain starts to get annoyed,” complained Honeydew constable Quickcash Dlamini. “This amnesty comes just in time for us to build up a good stockpile for the Christmas season.”

The SAPS have been particularly effective at redistributing firearms handed in for destruction during firearm amnesties in recent years. A famous 2014 case that uncovered a stockpile of 300 weapons in the Norwood, Johannesburg home of an elderly Ukrainian couple also revealed that a number of firearms from this cache were handed in during 2009 and 2010 firearm amnesties.

“It’s actually stupid that perfectly working firearms get destroyed, especially when there are lots of people out there willing to pay good money for them,” highlighted de Ysyter. “Really, we’re doing the community a service by diverting these guns. That it helps our pockets is just a nice little bonus.”

Besides firearms handed in during amnesties, the police have also “lost” thousands of their own firearms. A 2011 report detailed the loss of some 20,429 firearms since 2004, while the response to a parliamentary question in 2015 revealed the loss of a further 6,165 firearms in the 2012, 2013, and 2014 financial years.

“The really great thing about a firearms amnesty,” Dlamini confided in us, “is that the guns just come to you. You don’t even need to do anything, and no one notices when they go missing. With your issue gun, it’s much more tricky. After a while, your captain just doesn’t want to believe that you forgot it in the toilet again.”

Already, this latest firearms amnesty has been hailed as a complete success from some quarters, despite it not having started yet. As for whether all the firearms handed in will actually be destroyed this time around, only time will tell.

The Dangers of a…

Firearm Amnesty: Dead in the… 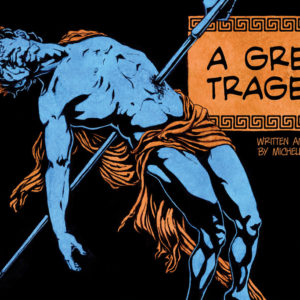