It is appearing increasingly likely that the SAPS are going to appeal the Fourth of July judgement, which was handed down in favour of SA Hunters, regarding the expired licence card saga.

Now, if this is indeed what the SAPS have planned, it is not guaranteed that they will be granted leave to appeal in the first place. Also, I am quite sure SA Hunters will oppose any attempt by them to appeal the ruling. This is not what bothers me.

What perturbs me is that Judge Tolmay made it quite clear that failure on the side of the Minister of Police to introduce an amendment bill to Parliament in 2016 is what led to this mess in the first place.

Why was this amendment bill not introduced?

Because the proposed amendments back in 2015 were an absolute travesty. It made provision for unworkable and impractical requirements such as ballistic fingerprinting and microdotting of firearms, among other mockeries of logic and justice. Due to their oppressive nature, these amendments were vehemently opposed by the entire firearms community. My own involvement at the time was to arrange a GOSA picket in front of parliament while my colleagues on the inside were busy doing their part, the footage of which can be seen here.

We essentially registered so much protest that Parliament was forced to withdraw the proposed amendments and review them. Sadly, among these amendments was a clause that dealt with late renewals, and provided for an administrative fine to be paid by those who are guilty of letting their licences expire. Unfortunately, there was no other way but throwing the baby out with the bath water.

In essence, the government listened to the inputs of sycophantic little organisations like Gun-Free South Africa, drafted unworkable legislation, and was forced to scrap their terrible proposal when we pushed back.

The government and the SAPS created this mess of people with expired licences being left in limbo. They were lambasted by a High Court judge for the numerous failings of their system and themselves. They were granted an opportunity to now rectify the problem. What do they do? In a stunning display of arrogance and contempt of the citizens of the Republic, they choose to oppose the solution.

We, the citizens, take note of this malicious display towards our interests by the so-called custodians of law and order.

The gloves are off. 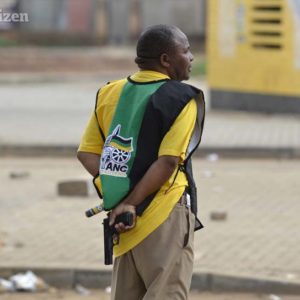