Politicians and mainstream media talking-heads repeatedly tell us that regulation and prohibition of civilian firearm ownership will make societies safer. Their well-groomed heads nod sagely as they point to the bastions of gun control for supporting evidence: the United Kingdom, Australia, and Western Europe.

Nations that employ draconian firearm legislation, but have astronomically high murder rates, are usually ignored and not spoken about at all. El Salvador. Jamaica. South Africa. Venezuela. These countries suffer the highest intentional homicide rates on earth. Yet they also have the strictest gun control policies on the planet.

People are resourceful creatures, and we tend to adapt ourselves to our circumstances (and vice-versa) with relative ease. Despite the total ban on possession of handguns and highly restrictive gun laws in general, criminals are still perpetrating murders by use of firearms in the UK. On 5 August a man was shot dead outside a garage in Chelmsford. In April a man was shot dead during a home-invasion in Dorset. Also in April, a man was shot dead at a tourist site in Wickford. These occurrences form part of an upward trend of violence and criminality experienced in the United Kingdom over the past few years.

In Australia the situation is similar. In July a Wyong man was shot and killed in his car during an alleged drug dispute. Still in July, a Sydney man was shot multiple times in his driveway, in front of his 8-year-old daughter, and died on the scene. A report in The Age elaborates on the escalation of violence and shooting in Melbourne, which is described by them as a “gun city”. We must note that Australia has highly restrictive firearm legislation, and their own government proudly admits to it.

We can continue the argument along the lines of the ineffectiveness of gun control laws to keep firearms out of the hands of criminals. And we can discuss the highly efficient transitions of weapon substitution that have occurred in countries like Australia in response to such legislation. But recent events have overshadowed the dominant tenets of that particular debate.

The rise of vehicular homicide

The past fortnight has seen no less than three high-profile mass attacks carried out not by perpetrators armed with guns, but through the use of vehicles.

On 12 August a man, allegedly connected with a white supremacist movement, rammed his vehicle into a group of protestors in Charlottesville, Virginia. The result was one dead, and 19 injured. Following this event, two attacks in Spain involving vehicles occurred on 17 and 18 August. The first took place in Barcelona. A van driven by terrorists affiliated with ISIS ran people down in the popular tourist walkway, Las Ramblas, on Thursday 17 August. They killed 13 people and injured more than 100. According to Reuters, “witnesses to the van attack said the white vehicle had zigzagged at high speed down Las Ramblas, ramming pedestrians and cyclists, sending some hurtling through the air and leaving bodies strewn in its wake.”

On 18 August a second attack took place in the Spanish town of Cambrils. A car plowed into a group of people, including police officers, killing one and injuring 8 others. The car’s occupants consisted of 5 male terrorists armed with explosive belts, but they were all shot and killed by police before they could cause further harm.

These aforementioned vehicular attacks are not a new phenomenon in Europe, regardless of CNN’s ignorant commentary claiming as much. The past year alone have provided plentiful examples:

On the 9 August six French soldiers were injured, some of them seriously, when a car slammed into them in Paris during a terrorist attack.

On 3 June ISIS terrorists perpetrated the London Bridge by running over pedestrians. They then exited the vehicle and attacked people with knives. Three of the people the terrorists ran over died, and they stabbed another 5 to death. They injured another 48 people in the attack. The UK, and London specifically, have severely restrictive knife laws.

On 7 April an ISIS-connected terrorist rammed a stolen beer truck into a crowd in a busy shopping street in Stockholm, Sweden. He killed 5 people, including an 11-year-old girl, and injured 14.

On 22 March a knife-wielding terrorist plowed his car into a pedestrians on Westminster Bridge. He then stabbed a police officer to death inside the gates of parliament. He killed a total of 5 people and injured 49.

On 20 January a Melbourne man went on a rampage with his car by running people over next to the street. He killed 6 people, including a 10-year-old girl and a 3-month-old baby boy, and injured 36 others. Many of them critically.

On 19 December 2016 ISIS terrorists plowed a truck into a busy Christmas market in Berlin. He killed 12 people and injured 56 were.

On 14 July an ISIS terrorist plowed a truck into a crowd in Nice as they awaited a Bastille Day firework display. He killed 84 people, many of them children, and injured 434.

During firearm policy arguments I have repeatedly pointed out that criminals can use almost anything as a weapon. Including vehicles. A 1,1 ton VW Polo driven at 60km per hour imparts approximately 152 778 Joules of kinetic energy into whatever it hits. Comparatively a 150 grain .308 Winchester rifle bullet traveling at 860 m/s transfers but 3 590 Joules of energy. Clearly the car has the advantage when it comes to stopping power.

Is car control going to be the new gun control?

The anti-gun crowd usually counters by arguing that “guns are designed to kill”, and cars are not. This is an expression of ignorance which I contest. I believe a brief look at the aforementioned body count should suffice as proof that it doesn’t really matter. It is very effective to murder people by using vehicles. Under such circumstances a car becomes a weapon. So does a knife. Or a screw driver. Or a baseball bat. People can convert many inanimate objects into weapons with relative ease.

At some point we have to confront the reality that the regulation of inanimate objects has been highly unsuccessful at regulating human behaviour.

Violent criminals are still shooting UK citizens dead in their houses despite drastic firearm laws. And the UK’s equally tyrannical knife laws have also been completely helpless at curbing so-called knife crime. This pattern repeats itself across Europe and Australia. Yet in the wake of every terrorist attack, crime wave, or mass shooting the ruling class of politicians clamour for more gun control. As if it will suddenly, against all previous evidence and experience, have some sort of effect.

The unexpected outbreak of vehicular-perpetrated mass murder throws the entire gun control argument into complete disarray. By using equipment that is readily available and easily accessible, terrorists and criminals inflicted horrendous casualties on innocent people. Developing a policy response that seeks to keep cars out of the hands of criminals and terrorists is frankly fantastical. But I do not deny that some misguided governments will actually attempt it.

The people are the problem, not the objects

When criminals steal someone’s car and use it to perpetrate crime, will we shame the owner? “If your stolen car was there, so were you!”

Are we going to implement criminal record checks before allowing the purchase of a vehicle?

Are we going to regulate the sale of second-hand cars via some bureaucratic office of state?

Will there be some sort of odious safe storage requirement when leaving your car unattended? And the authorities will criminally charge you with negligence if you don’t comply?

The law compels gun owners to comply with exactly these types of prohibitive requirements, after all. The fact that they have not worked, and that criminals do not obey laws, and that the entire idea is a misguided morass of cheap politicking is completely irrelevant.

Guns don’t kill people. Nor do cars. Or lorries. Or knives.

People kill people. Regulating inanimate objects will never stop people from killing people. Investigating the reasons why people are killing people, and then addressing the fundamental problems underlying the homicides through rational action may, if all goes well, have a far greater impact.

Perhaps it is time we begin asking the right questions.

Owning a Gun in… 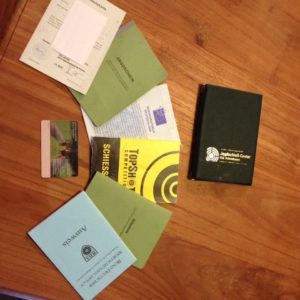 Warning Shots: Fire Them At… 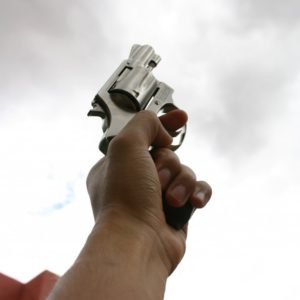 Warning Shots: Fire Them At Your Own Peril