Two decades ago, the American intellectual and Thomas Sowell wrote: ‘It is hard to imagine a more stupid or more dangerous way of making decisions than by putting those decisions in the hands of people who pay no price for being wrong.’

This comment, directed at educational policy in the United States, has to be one of the most axiomatic principles of governance. This is the case both in pragmatic and ethical grounds.

It has a particular relevance right now to government intentions vis-à-vis firearms, with amendments to the Firearms Control Act seeking fundamentally to rework the legal framework around firearm ownership. The focus of public commentary on this has been the proposed removal of self-defence as a reason to own a firearm. This is by no means the only change this amendment seeks to introduce (collecting would effectively be prohibited, and sports shooting crippled), but in its illustration of prevailing state attitudes to it subjects – one hesitates to use the term citizens – it is especially revealing.

Some background is important here. The ruling ANC’s context for an ideal society is and has long been a heavily statist one. Guarantees of the means of subsistence and security would ultimately be made and met by expanding state programmes. Private initiatives, particularly where these challenge the state or question its priorities, have been seen ambivalently if not with outright hostility: think about non-governmental organisations agitating for policy change, about private education and healthcare, about the private security industry. In the shadows of all this has been a good measure of paranoia about ‘counter-revolution’, nor to mention embarrassment at the implied rebuke to the state that private alternatives to state functions are in demand. (Though one might add that the country’s elite – irrespective its ideological verbiage – has itself shown an appetite for private offerings.)

So has been the ANC’s position with regard to private firearm ownership. In its 1994 election manifesto, ANC had signalled scepticism about firearms, pledging ‘a gun control programme to minimise the number of guns in the hands of individuals and to eliminate gun smuggling.’

The FCA was the centrepiece if its response, setting out a complicated system of ownership (with corresponding limits to ownership), and requirements for user competency. In the parliamentary debate which voted on the legislation, its conceptual stance was summarised by its MP Jabulile Sosibo the remark that ‘owning a gun is a privilege, not a right’.

Fellow MP Maluleke George said that the ANC’s position was to ‘restrict the number of these firearms by licencing only those firearms for which a legitimate need exists.’

The amendments to the FCA communicate not only a restriction on firearm ownership but a reconceptualization of what is permissible: self-defence by a private citizen is not something that may be claimed as a ‘legitimate need’. This too is intrinsic to the amendment, since it specifies that a firearm may only be used for a ‘lawful purpose’ – something that will rule illegal the use of a firearm for purposes other than the narrow range of those for which it has been licenced.

The amendment is not about correcting problems with, or ‘tightening up’, the existing law, they are about shifting the law’s orientation completely, and in effect to restrict South Africans’ capacity to act in self-defence. This must be clearly understood.

In other words, only the state would have firearms (and interesting implications for the private security industry). The latest proposals would be a leap towards that goal.

Indeed, after a period of prevaricating over the seriousness of South Africa’s crime problem – for years, the official line varied between the imperative of combating it and denouncing those who talked about it as racist or unpatriotic – the government seems now to accept that this is a crisis. This has been rolled out to justify such endeavours as the ‘upgrades’ to former President Zuma’s Nkandla residence.

There is every reason for concern and trepidation. They are ‘legitimate’. And in these circumstances, to degrade the ability – indeed, the right – to protect oneself, one’s loved ones and one’s property is callousness distilled.

For the minister and his colleagues, this may not be a matter of any real moment. If one assumes that he does not own a firearm, this is because the state has outsourced his personal protection to the ubiquitously present bodyguards, for which it picks up the bill. The same may be said for his senior colleagues in politics. Indeed, even as police spending has fallen, spending on VIP protection has increased.

So, Minister Cele may be able to enjoy the satisfaction of seeing civilians disarmed, without the discomfort of losing the protection that firearms provide. The state will protect him, in a dedicated and personal way.

This is policy, in other words, propagated by those who are exposed to none of the risks it creates. A stupid and dangerous policy, to be sure.

Terence is a research fellow attached to the South African Institute of Race Relations.

This piece was first published by News24 on 29 May. 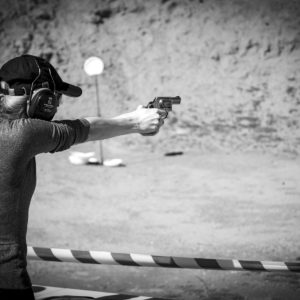 Armed Township Communities are a… 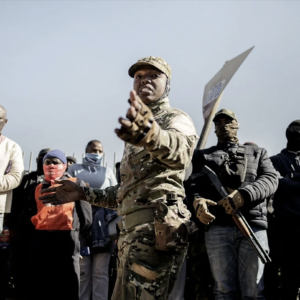