We’ve all been there. It is a Saturday night after a long and overdemanding week. You just want to relax next to a braai fire, probably with a cold beverage while you watch somebody inepter than you burn the meat. Maybe there’s some good music playing too, like Eagles of Death Metal, Dire Straits, or TaySway (don’t judge me). Then that one guy pipes up and starts talking about guns. He’ll probably be guilty of at least one of the below. Just one, if you’re lucky

1. “You’re not competent to use/own guns if you weren’t in the army.”

This guy will explain in detail how national service (or his equivalent conscripted military experience) not only made a man out of him, but also automatically imbued him with superior firearm handling skills. Long-winded elaborations about opfok, drilling, ironing, surviving inspections, and cleaning his issued rifle serve as supporting evidence as to why only he and people like him should be trusted with handguns. Even though he never touched a handgun when he was in the military three decades ago: that is not relevant. Just like it is not relevant that his 2XL beer belly doesn’t mean he can’t actually run the 2,4 in anything near 12 minutes without perishing from a catastrophic heart attack. If he does own a handgun, it will be in his safe and more rusted than the wreck of the Titanic.

Carrying a round in the chamber is a baaaaad idea according to this hombre. The secret to successful self-defence is to allow yourself to be disarmed of your empty gun (since that is going to happen anyway, because weapon retention is for N00bs), and then use your leet ninja-krav skillz to retrieve it from your adversary before he can realise your pistol is like your brain: empty. I concur there may be some merit to this: the confusion suffered by the robber/attacker as he tries to figure out what kind of imbecilic, morose f*ckwit would carry an empty gun ought to give you sufficient opportunity to take him out with your Israeli-Mossad-Elbow-Strike technique. This person also does not understand how the space-time continuum works: he will try to convince you he can shoot faster and more accurately after first having to chicken-wing his pistol, rather than just drawing and shooting like a homo sapiens.

3. “If you need more than five shots, you are dead anyway.”

This gem is usually uttered by some prehistoric fossil who refers to Clint Eastwood as “that kid who made nice Westerns”. In their opinion carrying a double-stack magazine is tantamount to premeditated murder, and just contemplating a spare magazine is literally being Rambo with a belt-fed M60. Probably because anything more complicated than an 1860 Colt Army revolver is the equivalent to Nazi space-magic to them, and because they believe all gun fights have rules requiring them to be over after a specific round count has been reached. Like boxing. Or your credit card at Teazers. They will also probably tell you how one-shot-drops are a thing that reliably happens, unlike their morning bowel movement.

This dude. There are not enough facepalms in the universe for this dude. He will tell you how shooting chickens and watermelons are a totally legitimate media for testing ballistic performance, and that seeing them explode makes him giggle. He will show you YouTube videos of guys in plate carriers and FAST helmets shooting water balloons. He will then drop terms like “buzz saw”, “trocars”, “multiple wound channels”, and “fragmentation”. When pressed on why he likes what is essentially a 55-grain pistol-fired projectile more than conventional hollow point ammunition, he will wildly gesture and spill his beer over you as he explains that .22LR is the chosen round by assassins all over the world, and that G2 RIP is basically a modern reinvention thereof. Or something equally stupid along these lines.

He will talk quietly while wearing his Wiley X Romer 3s (even though it is night) about how it is important to blend in and not stand out. He says this unironically whilst clad from head to toe in 5.11 Tactical clothes, including morale patches, and wearing enough paracord around his wrist to bungee jump from Bloukrans. Also, he doesn’t EDC: he “operates”. Everyone will be referred to as “brah”, and his “situations” are always “dynamic”. Even when fetching milk from the fridge at 2AM. He will moan about how our oppressive laws do not permit him to carry in a drop-leg holster, and that the biggest challenge in his day-to-day life is planning “effective threat interdiction” while covertly moving through “the sheep”. He may or may not have secreted a Spyderco in his rectum. Either way it is better for everyone if you don’t ask.

My Take on the…

The SAPS Seeks To Deprive… 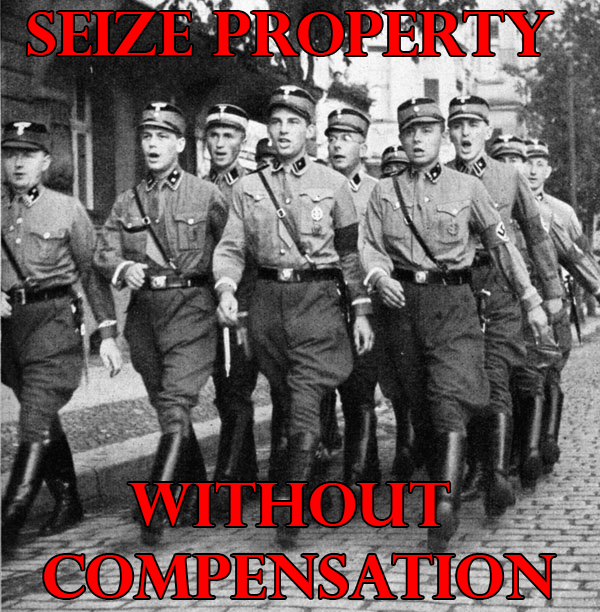