It has come to my attention that the SAPS has lodged an appeal against the judgement handed down by Judge Tolmay last week. The appeal document contains a paragraph that has made my blood turn to ice.

“The learned judge ought to have found that a forfeiture of a firearm as a result of a failure to comply with the act is not a deprivation; and that any deprivation that does arise is in accordance with a law of general application, and is a legitimate exercise of power because it’s purpose is to protect health, welfare, safety and security for everyone’s benefit.”

What this means in plain English, is that the SAPS is seeking an amendment to the law that allows them to deprive you of your lawfully-held private property, without due process or the presumption of innocence, and that you shall be treated in a discriminatory fashion purely because you are a firearm owner. (Many thanks to Martin Hood for this clarification).

The SAPS want you to be deprived of your constitutional rights as a citizen of the Republic because you forgot to renew a firearm licence. By their own admission this is an offence for which the suitable penalty should be to only pay a fine, and which is purely administrative in nature.

Imagine if we lived in a country where you would have your home seized if you are late in paying your property rates, or have your car seized if you forgot to renew your driver’s licence?

This, my friends, is genuinely Orwellian. It is disturbing that it is a term I have used often lately when describing the machinations of the state, its organs, and the ruling party, but there frankly is no better word suited for the purpose.

This is no longer merely disgraceful, but an alarming declaration of hostility by the South African Police Service on citizens.

It is time to remind the police that they do not write the laws, nor are they tasked with the interpretation of the constitution in order to decide which parts they believe apply to us. They are there to enforce the laws as written, and nothing more.

We, as the firearm owning community, must stand together unified against what amounts to tyrannical overreach by the SAPS. If we do not stand up for our rights, we shall see them trampled underfoot by what amounts to be our version of the Gestapo. 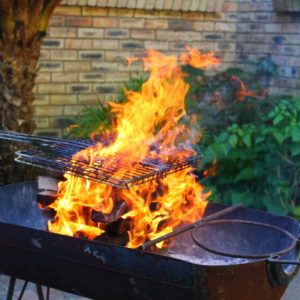