An excellent piece of writing by Phumlani Majozi regarding the farcical narrative that tighter gun control is needed to reduce violence in South Africa. The piece was originally published in City Press. Please follow the link to his blog below and give it a read.

I’m really baffled by people who argue for gun-control laws that deny the law-abiding citizens the right to own guns in order to protect themselves and their property. The FCA is in force, and yet, criminals do and will always have access to guns. It’s the peaceful citizens who are and will be left defenceless.

It was a night of horror at our house in Roodepoort, Johannesburg, last week.

Two armed men stormed into the house, assaulted us and robbed us of our cellphones, laptops and other possessions. It was a traumatic experience – one that left us in fear. We became victims of crime and felt violated.

The incident got me thinking about a much bigger problem South Africa faces: the astonishingly high rate of gun-related crime.

This country has one of the highest crime rates in the world. Millions of South Africans are victims of crime every day. It’s something that continues to taint the image of our nation. Our country has great potential, but crime is one of the many contributors to the sluggishness of our socioeconomic progress.

We lead the African continent on the murder rate – a depressing statistic. We live in a society where a citizen is intentionally murdered with a bullet every few hours. Roughly 18 people are killed in this country every day.

These statistics are based on the reported criminal incidents. Many go unreported, which means the problem is much larger than what the statistics tell us.

The robbery happened in a secured complex, with a security guard, cameras and electric fencing. We thought we were safe.

We were all puzzled by how the criminals managed to break into the property, and by how easily they escaped. If they could do this in a secure building, then how vulnerable are those citizens living in townships and poor neighbourhoods? These are places where the police pass by once in two weeks.

It’s clear we need solutions that work to quell this disturbing crime. We need a justice system that works.

But our government thinks the appropriate way to address this problem is by tightening gun-control laws – a terrible mistake.

A week ago, Police Minister Nathi Nhleko told delegates to the National Dialogue on Crime and Violence, in Boksburg on the East Rand, that guns were used in many serious crimes. That to fight these robberies and gun-killings, there needs to be an investigation into ways to tighten gun-control laws.

I wasn’t surprised by his words. Many people believe the way to quell gun-related crime is through gun-control laws. The problem with this argument is that it ignores the fact that the law-abiding citizens do, and should, have a right to own guns.

Even though the Firearms Control Act came into effect in 2000, South Africa’s violent crime remains one of the highest in the world. Why? Because what such laws do is disarm the law-abiding and peaceful citizens, while criminals get hold of guns.

I doubt people who agree with the minister have had to go through the experience of seeing a gun or some other deadly weapon aimed at them in a life-or-death situation.

It took these criminals about 45 seconds to break into my room. After assaulting us and taking all we had, I thought to myself: if I had a firearm, perhaps I would have protected our property from these heartless outlaws. Perhaps our belongings would still be with us. That’s what I’ve been thinking ever since.

It wasn’t the first time this happened to me. In 2012, my computer and other stuff were taken away. The feeling was the same – that had I had a firearm, my belongings would never have been taken away.

So I’m really baffled by people who argue for gun-control laws that deny law-abiding citizens the right to own guns to protect themselves and their property.

The Firearms Control Act is in force, yet criminals do, and will always have access to guns. It’s the peaceful citizens who are left defenceless.

What we need is a justice system that works to protect us from criminals. We don’t need to disarm hunters, and people who want to protect themselves and their property.

The police must be effective at their job.

And we should stop the leniency towards criminals. They should be held accountable for their evil deeds, and we should be harsh on them. It should be about fighting crime while ensuring people’s liberties are left intact.

What happened to us last week made me think it will happen again. South Africa’s world ranking when it comes to violent crime is frightening. People die daily. With criminals owning guns, the inefficient justice system and law-abiding citizens denied the opportunity to defend themselves, I am hopeless.

And the situation is likely to deteriorate as government enacts more and more gun-control laws. How sad.

Majozi is an SA Institute of Race Relations policy fellow

Source: The solution to South Africa’s gun-related crime is not tighter gun-control laws 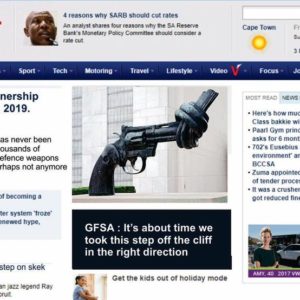 Hollow Points Are Illegal? What… 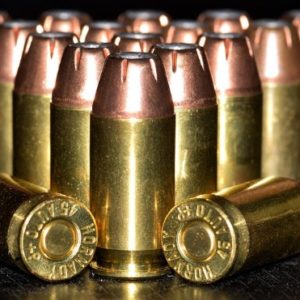