In case you have been living under a rock the last three days (or nursing a hangover that left you semi-catatonic) and missed all the excitement, not to worry: I will bring you up to speed forthwith.

In the early hours of Sunday morning a 33-year-old man, who was attending an event at the Hillbrow Theatre, apparently suffered the loss of his cellular telephone and proceeded to deal with the problem by interrupting the band on the stage, grabbing the microphone, and demanding that his property be returned to him. The audience took exception to this unwarranted interruption, and the man responded by pulling out a handgun and randomly shooting people.

The shooter killed 1 person and wounded 7 others before fleeing on foot.

Later the Sunday, after robbing a store with at least four accomplices, the alleged shooter was captured by police at Greenstone Mall. According to police spokesperson Lungelo Dlamini, “He will appear in court in 48 hours on charges of murder, attempted murder, armed robbery as well as possession of an unlicensed firearm.”

I think it is important to emphasise the fact that this upstanding citizen committed his crimes with an unlicenced firearm. He is not a legal gun owner: he is a criminal scumbag.

My mischievous side wonders whether or not the firearm in question was one of the thousands-upon-thousands of weapons that were handed in to the SAPS during the previous amnesty by their lawful owners, and which were subsequently sold to criminals by corrupt policemen like Colonel Chris Prinsloo.

Weapons that were perfectly safe and sound in responsible civilian possession, until they were coerced out of those hands by the intimidation tactics of then Head of the CFR, Director Jaco Bothma, and the screeching harpies of Gun-Free South Africa.

Considering GFSA had the audacity to actually commission an advertisement lambasting firearm owners with the phrase “if your stolen firearm was there, so were you”, it is only fit and proper that they take the blame for the role they played in arming thousands of criminals. If ever you wanted an example of an organisation with blood on their hands, look no further than Gun-Free South Africa.

What is the Difference…

What is the Difference between Training and Practice? 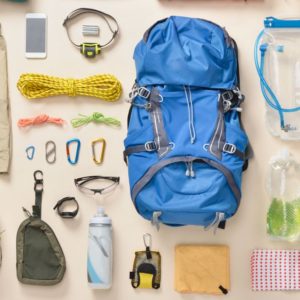