If you haven’t heard of a “go-bag” I’d be surprised. Most who have been around EDC circles for some time are quite familiar with the concept.

Anyone who has worked standby shifts or reaction units will immediately appreciate the importance of a go-bag. For years I’ve lived with a go-bag within easy reach. My girlfriend and even my kids know what it is and where to find it. Often enough they’ve had to pick it up from the study and bring it out to me as I’ve done a drive-past to collect it.

Everyone has their own unique requirements of what they put into a go-bag, and it’s largely meant to be personalised. So I won’t dictate what should be in yours. Mine is packed to sustain me for 2-3 days away from the house with the bare essentials. Sure, it has a shaving kit, warm top and a handful of energy bars – but what else is in there?

I’m a big believer in having one tool of the highest quality and with multiple uses to conserve space and reduce weight. As such, I prefer a day pack that has multiple pockets and straps for separating gear. I keep a plug-and-press kit and basic medical stuff in the external pockets for easy access. An XT11 tactical torch with map reading filter and USB charging cable, cell phone battery bank, Leatherman, and an ASP baton are all externally accessible.

It’s probably not going to last me tremendously long during a zombie apocalypse. However it has come in handy a number of times when I’ve deployed for a few days without the convenience of being close to home base, or the time to pack properly.

Everyone has their own scenario for which they’d need a go-bag, and should obviously pack according to their own needs. Golden rules around mine, aside from what’s above, are simple – keep it tidy, packed consistently, checked regularly, and accessible. Yes, there are issues around keeping a few mags and a box of rounds in a bag that isn’t in a safe – I’ll leave you to work the logistics of that one out on your own.

The old adage “chance favours the prepared mind” could never hold more true in a country where the unexpected happens more than we’d ideally like. Whether you live in the suburbs and may be called to assist your neighbours, or live on a farm and are part of a plot watch – if you’re prone to dashing out for an emergency, then it becomes prudent to have a go-bag at hand.

The question of the day is – what’s in your go-bag? 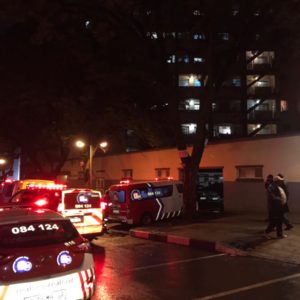 How Not To Suck At… 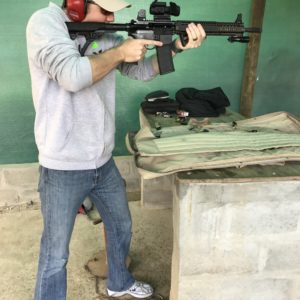