Lethal versus Less-Lethal – Which is Appropriate?

Minimum Force. If any two words have caused more headaches in my life those come above “Election Duties”, “Monday morning” and even “double rum”. I have always had a little chuckle when, in the middle of being lectured about law by the most irritating person in the bar, he starts on about when HE was in the army they still used the all magical and powerful R-1. But his was actually an Eff-Enn, which made him somewhat more superior than all the other okes who didn’t get to go to the border. Like it was some sort of national secret, he says the reason THEY had THEIR Arr-wunns taken away and issued with “those” Arr-foors was because the Arr-foor was like less powerful and therefore commensurate with Minimum Force. Sorry, if you heard me grumble “bullshit” you’ll have to blame it on my Catholic upbringing. As my one “skitkuns” Sergeants at Verdrag once said, “Manne, as jy hom met ‘n RPG of pistool raakskiet is hy nog klaar. Die verskil is hoeveel stukke jy optel daarna.”

The natural course of this introduction is letting you all know “dead” is “dead”. No matter if you have leaked out stabbed on a dirt road, lying shot on your own Persian rug or had a heart attack in the garage after mowing the lawn, there is no more or less dead than another. It’s pretty personal and final in every example. To be clear, if you use a firearm against a person, .22 short or .50 BMG, that, in the eyes of the law, is lethal force.

Then you have “less than lethal”. Let’s ‘club’ everything else, from baseball bat, pocket knife to pepper spray as less than lethal. The justification under South African law is the application of other items (than firearms) does not immediately mean the subject will die. A firearm, it is understood and claimed, is designed to kill, and nothing less. Just like firearms are governed by the FCA, all these other items are still subject to law as they can injure people under certain circumstances and are prone to misuse. It is fully accepted that you (thank the Lord this is not Australia) may carry a pointy CRKT in your pocket without anyone looking at you skeef and use it to slice off some biltong right there in broad daylight or waving it under the nose of someone who wants to do you damage. Bringing it back to my problem with the fallacy of “minimum force” no law or judge will expect you take on a sixteen year old with a machete with your propelling pencil if you have a perfectly good CZ-75 on your hip. The rules of self defence still apply.

There must be a threat against you or another party (human).

The threat must be imminent or have already commenced.

Your defence must be reasonable and justifiable in those circumstances.

Your right to self defence ends when the threat ends.

(PS. Please don’t waste your time arguing with me over these. Tell the judge.)

The law dictates you use the minimum necessary force to overcome the threat. Did you get that? No, you cant blast the teenager from the top of your driveway, but if that teenager is so close and wild that no audible warning or escape is possible, I believe you have the right to use your firearm. Of course I can’t give an answer for every possible situation, you bought the firearm, you should be training for the scenarios.

The same rules apply to less than lethal defence. If you are attacked by the same teenager and you offload a can of pepper spray in his face you are within your rights to do so. Just remember, every action you take must be reasonable, justifiable, and just like using a firearm, you may have to explain your action to a police official, and possibly a magistrate. This is not to victimise or persecute you, the lawful defender of your realm, but because of what I mentioned earlier. Those items can cause harm and can be used for misadventure. Even if you defend yourself with an equally sharp machete. (Just chucking in a reminder that when the threat ends, your right to chop, stab, beat, chop some more, shock, prod, kick, punch ends too. In the world of social media, watch out!)

One would therefore have to understand there would have to be some legal differentiation between your machete and that held by your, soon to be a pile of misery, attacker.

That piece of legislation is The Dangerous Weapons Act, Act 71 of 1968.

The purpose of this act was to prohibit the sale, manufacture and possession of certain dangerous weapons. Now before you accuse me or the government (of 1968 nogal) of trying to disarm your granny of her knuckle dusters, you must read as many times as need be the following:

The definition of a “dangerous weapon” is defined in Section 1 of this Act, as any object, other than a firearm, which is likely to cause serious bodily injury IF IT WERE TO BE USED to commit an assault. (Note: They don’t say “lawful self defence” but assault, assault GBH, and I would extend to attempted murder, which are all unlawful.)

Section 2(1) also dictates as follows. “Any person who is in possession of any dangerous weapon, or of any object which so resembles a firearm that, under circumstances such as those under which such person is in possession thereof, it is likely to be mistaken for a REAL firearm, shall be guilty of an offence, unless he (or she) is able to prove that he (or she) at no time had any INTENTION of using such weapon or object for any unlawful purpose, and shall on conviction be liable to a fine or imprisonment for a period not exceeding two years.

I’m sorry to say, but that is as clear cut as it comes. There are literally dozens of scenarios you can well imagine, but the word we need to focus on is “intention”. This is the key between you and your CRKT and some other person with an identical item who is looking to rob you.

No police official or indeed magistrate is going to (nor as far as I can determine, has in the past) given any law abiding person grief for owning or possessing any such item. I revisit (with my head hung low) the hollow point ammunition question.

To clear the air, it must be understood that the application of the Dangerous Weapons Act, as it was and will be, is essentially a Police Crime Prevention tool. The Police, by stopping and searching suspects and preventing them from committing a crime is far more preferable to reacting to it. Applied and enforced correctly, the arrest of the suspect physically prevents him from committing crime.

I wanted to just give up and move to New Zealand when I read on social media “Police will have the power to search you, seize property and arrest you on the side of the road!” (As opposed to the library or the Spar) Sections 20 to 26 of the Criminal Procedure Act 51 of 1977 allow me to do that already. It is not in the interest of the South African Police Service to disarm your wife by digging in her handbag and taking away her pepper spray.

Then a few years ago everyone lost their minds because not only had hardly anyone ever heard of the Act, but suddenly THEY wanted to make amendments. Yes, amendments!

I’m just going to explain it like this: Back in 1968, when the original Act was written, items such as shock-sticks, pepper-spray, paintball and CO2 BB guns did not exist. They do now, can be misused, can cause serious injury and therefore must be, if not controlled, then guarded under the Law.

Let’s be realistic. Admit there can be reasonable concern from several quarters about air-soft guns that are exact replicas of AK-47s and the like. This is prone to misadventure and a very realistic and potentially deadly problem for a Policeman (or you) if confronted by anybody carrying one of these weapons. No policeman worth his salt is going to hesitate retaliating, and will not stand around and ask if a particular item is real or not. We are talking Armed Robbery, House Robbery and Carjacking here. Offences that leave victims extremely traumatised.

I share a belief with many credible individuals, firearms instructors included. I don’t like the idea of young children growing up with imitation firearms feeling it is acceptable to point and shoot at anything they see, from hadedas to humans with impunity. Modern projectiles are fired, with very little supervision in most cases, at any targets, including the family pets and playmates with the potential to cause severe injury.

I’m covering old ground here, but have lost count of the number of people who have asked me, “If there’s a guy at the bottom of my garden, can I…?” Suddenly for some reason, people think it is ok to shoot anyone or anything they feel is out of place.

People, dare I say a Magistrate will take a very dim view of you permanently blinding either your neighbor’s son who jumped over to get a cricket ball or an unemployed person who was stealing washing off your line. Let’s not even go to the civil claim for disability you will pay for the rest of your life. If you use ANY potentially dangerous item against a person (or animal) you bloody better have a sterling good, legal watertight reason for doing so. Must I ask you to go back and read my bit about warning shots?

Plainly, you wouldn’t want these things misused on you or your children. The law has equal application; criminals do not have more rights than you, but with every right comes a responsibility. Yours is to do no harm unless in lawful self-defence. To protect yourself, not haphazardly harm everything else, is entrenched in Law, don’t take it lightly. But, you HAVE to hold the moral high ground in thought, spirit and behaviour or else you are EQUALLY savage as those you prepare to protect yourself against. Self defence is not an excuse to stamp someone’s face to a red pancake. You do not want to be the next poster boy for a “racial” beating, or smashing up some unemployed fool who was trying his luck. The shocking thing I have already witnessed is blatant torture of suspects by the application of “skok stoks”. You do not have the right to stand there over a subdued suspect and for the joy of equally sick individuals issue repeated blasts of electricity to the person’s face and genitals. That conduct is not only disgusting, but highly illegal. The object of arrest is to present the person to court. You are not that court. 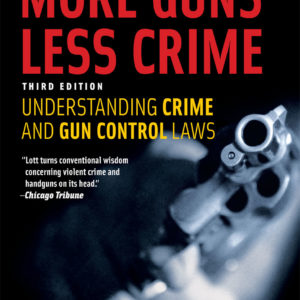 CZ versus Glock - Why… 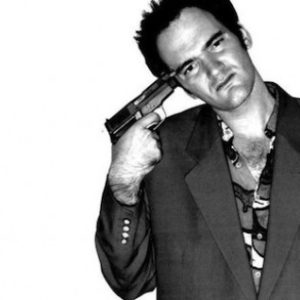