Martin Hood’s Presentation to the PPC

On 1 September Martin Hood gave a presentation to the Parliamentary Portfolio Committee on Policing on behalf of the South African Arms & Ammunition Dealers Association. It was very well received, and is certainly a significant contribution towards the ongoing effort to protect South African gun ownership rights. You can access the full presentation here, but for the sake of easy access I provide a brief summary of the significant points below.

In order to determine whether or not the Central Firearms Registry Recovery Plan was successful, it needs to be benchmarked against the provisions of Section 195 of the Constitution.

Section 195 pertains to the requirements of public administration, and it stipulates 9 principles that must be adhered to.

The CFR is in breach of several of these principles:

There must be some sort of internal policy guidelines, but the SAPS will not disclose them.

There are several examples provided as to how the CFR on multiple occasions violated Section 195 of the Constitution:

The issue is further exacerbated by the fact that the SAPS do not consider firearm owners, or their representative bodies, as stakeholders in the process. Unilateral action by the SAPS, and repeated failure to list firearm owners among stakeholders during numerous engagement processes (whilst at the same time clearly identifying GFSA as a stakeholder) is a clear violation of communication and consultation procedures.

This makes it impossible for firearm owners to trust the SAPS when they are constantly ignored.

This lack of trust and failure to communicate and consult with stakeholders resulted in both the Hunters Forum and SAAADA resolving not to directly communicate with the SAPS.

The SAPS and CFR have also failed at completely implementing the FCA of 2000. Dealers have been asking for over 12 years that the required electronic connectivity as stipulated by the Act be provided, and are considering going to court to force the SAPS to comply with the law.

The firearms owning community has not been consulted by the SAPS regarding amendments to the Act since 2015, yet they consistently hear about amendments that will supposedly be implemented in 2017. This total lack of engagement makes it impossible for firearm owners to trust the SAPS.

The wording of SAPS appeal against the North Gauteng High Court judgement in favour of SA Hunters is ominous, and indicates that the Minister of Police and SAPS supports arbitrary deprivation of private property without due process. It is questionable that the SAPS understand their constitutional obligations.

In response to the challenges presented, there are proposed solutions:

Are You Resident, Or… 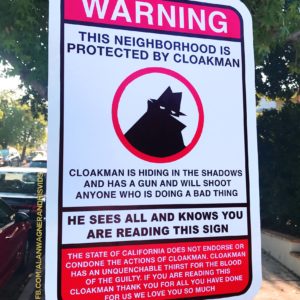 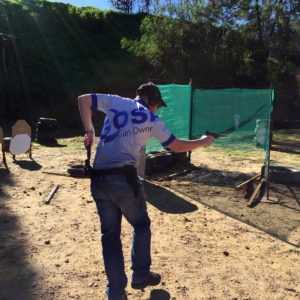