The Firearms Control Act, 60 of 2000 (FCA) has brought with it a term that proved to dominate many a firearms-related debate in the years after its implementation.

The reason, of course, being section 16 of the aforementioned act, which allows a person with DSS to possess more firearms than the general limitation of four.

Soon it became clear that it was not all that difficult to become such a dedicated hunter or sports person. Compliance with the act in this regard was (and is) not an insurmountable barrier to entry, and soon enough a vast amount of shooters became “dedicated”.

And this is where the politics of semantics began.

You see, “dedicated” has different meanings.

The drafters of FCA has thought it prudent to give definition to their idea of a “dedicated” shooter, by codifying it in the act. Hunting and sporting organisations can apply for accreditation from the SAPS (who are the administrators of the FCA), and once accredited, can “award” DSS to their members, subject to compliance with their internal procedures.

It is important to note that the SAPS have accredited – approved – these organisations. When an organisation grants DSS to a member, that member is now considered a dedicated shooter in terms of the FCA. And qualifies for the extra privileges afforded by the act.

Said member does not have to do a thing more. There are no degrees of dedication for the purposes envisioned by the FCA.

It is simply a gun-control technique written into the FCA by which more control is exerted over those who wish to possess firearms. And once complied with, its relevance must not be overstated.

“Dedicated”, in its plain language meaning, can be defined as being devoted to a task or purpose. This is a whole different kettle of fish.

Degrees of dedication are surely present. Some pistol shooters may scoff at another that shoots 1000 rounds per year, while they are pushing 20 000 or more. They, in turn, may be surprised that the likes of Vogel et al probably shoots that amount per month.

Some may spend an hour each day dry firing and practicing shooting-specific skills. Another may only take out his sporting gun from the safe every time he intends to participate in a match.

It is patently clear that the one is more dedicated than the other.

The problem that occurs is one of semantics. We have seen a clouding of the issues, because the words are the same. We have seen sporting and hunting organisations slated because obtaining (and maintaining) DSS with them was seen as “too easy”. i.e., “You cannot possibly be afforded the same privileges as I am, because I am more dedicated than you”. Or “Your organisation makes it too easy”. And “We are all at risk of losing our guns because your organisation’s rules aren’t as onerous as mine”.

The clichés of the “circular firing squad” and “we are own worst enemy” come to mind. We are quick to shout “Molon Labe!” but quicker to throw our own in front of the bus.

There is nothing wrong with being proud of your dedication to the sport. In fact outstanding results are only achieved by the truly dedicated, those that put in the time, money, effort and personal sacrifice into their chosen sport. It is commendable and must not be put down in any shape or form.

And yet, similarly, it must not be confused with the gun-control tactic of the FCA. Your dedication to your chosen shooting discipline cannot be used as an argument against the requirements of an organisation, accredited by SAPS, in line with their mandate to administer and enforce the FCA, purely because the drafters chose the term “dedicated”.

Become dedicated. Be proud of it. Do not be tempted to be proud of your FCA-enforced “dedicated” status. And do not confuse the two. 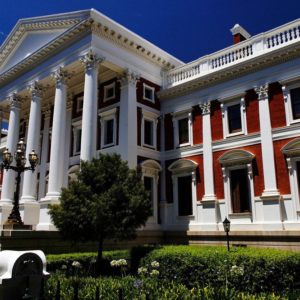 Martin Hood's Presentation to the PPC

The Curse of the Workshop… 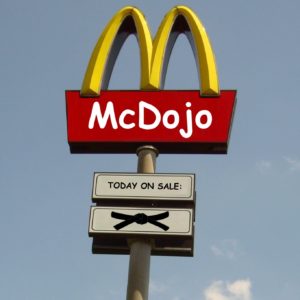