“Guns don’t kill people, people kill people”. For some reason this statement has become the mantra of gun folk, a presumed “win-all” argument in any debate with an anti-gunner. But here’s the thing: it doesn’t work.

When was the last time you saw a gun-control debate won with the guns-don’t-kill-people trump card? I’m guessing never. Perhaps, once upon a time, this argument held merit. But these days it’s a monotonous tune played by unimaginative gun folk. And no one’s listening. We need a different approach.

The fact is you will never convince an anti-gun activist that firearm ownership is good. Never. Ever. So why even bother?

Who is the target audience?

Like any hotly debated subject, there are three groups of participants:

The latter folk are the ones that need addressing. In most cases they make up the bulk of any population group. Which means they also have the largest vote. The mistake gun owners make, is that we expel too much energy trying to convince anti-gun activists that they are wrong, while at the same time they are punting their propaganda at the fence-sitters. The important thing to remember is that the general public doesn’t necessarily think that guns are bad. But, like most things, they fear what they don’t know. And guns are an easy thing to be afraid of.

We will never win a gun-control argument with crime stats and figures. Telling people that the homicide rate increases after gun control laws are implemented will simply produce a counter statistic that proves an opposing thought. And so, an endless game of pie-chart tossing ensues, where no-one wins or admits defeat.

We don’t need more stats and facts to win the fight, we simply need a moral angle.

The argument against guns is void of logic, so trying to throw more logic (stats) at the problem (in an attempt to convince them) is…well…illogical.

Let’s look at the typically reasons why so many people are anti-gun:

If you look at the above-mentioned points, you’ll notice that the first one serves as an undercurrent for all the others. Meaning fear is the number one driving-force behind any anti-gun argument.

Following that, there’s a strong sentiment of morality, e.g. “What gives you the right to put my life in danger?” Unfortunately, as far as human emotions go, fear is the most dominating one. It has the ability to paralyze reason, block logic, and shutdown the ability to accept any counter argument. This is why most pro-gun arguments don’t work; they fall upon ears deafened by fear. As a result, the only effective means of cracking a fear-based argument is to incite the opposite emotion.

Paratus recently republished a blog about succesfully fighting back. The article listed several positive cases where firearm owners protected their (or a potential victim’s) life against a violent attack. Quoting any one of these stories in an anti-gun debate will have an impact that’s far more powerful than you realise. Research shows that our brains respond best to narrative and anecdotes. Basically, we’re more likely to retain information when it’s conveyed in a story. This concept dates back thousands of years, and according to the same research the most receptive story is a hero-based tale where an ordinary person overcomes adversity.

Changing people’s minds one tale at a time

Quoting a positive story enables the listener to overcome negativity and manage their fear. This technique has been around for ages and transcends cultures, such as tribal leaders telling tales of heroes around campfires. These days things are no different. If you look at most children’s books (or box-office movies) the themes are similar: fear and negativity, overcome through bravery and positivity. Such stories have a long-lasting emotional and intellectual effect on our belief system.

Additionally, a positive story grants the opportunity to introduce a follow-up moral argument: “So, do you think the hero did the right thing?”

I don’t know about you, but I can’t think of many rebuttals to such a question.

Returning to my original statement about fence-riders and the general public’s perception of firearms: the onus rests on us to change these perceptions. In conclusion, it’s our duty to search for and share positive firearm stories. And while we’re at it, a visit to the range with a non-firearm owner won’t hurt relations either.

Grant is a Paratus reader and keen firearm owner. He likes the outdoors and 4×4-ing. Through cyberstalking him, it appears that he has a Jeep fetish.

Preparing Yourself For Your… 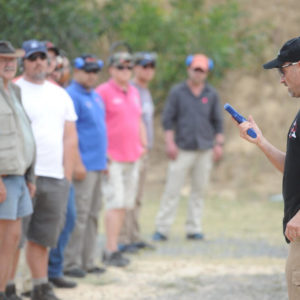 Eye Protection: What Are Your… 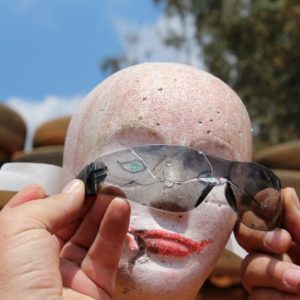