Dr. Pieter Groenewald from the FF+ has again, as is customary from himself and his party, stood up in Parliament on behalf of lawful firearm owners in South Africa.

Below is an excerpt from the Politicsweb article in which he broadsides the lies and inaccuracies propagated by our government regarding licenced firearms and their alleged connection to crime.

Gunservant is an apolitical blog, and we will give any party who stands up for our rights credit and recognition. Up until this point, it has really only been the Freedom Front Plus that has given our cause any meaningful and consistent support. I suppose the other parties still have to catch a very belated wake-up?

The recent burglary at the SA Naval base in the Western Cape, where various firearms and ammunition were stolen, confirms that the defence force is one of the scapegoats which make it possible for criminals to obtain firearms.

The jail term of 18 years for a member of the police, Col. Christiaan Prinsloo, who stole 2 400 firearms from police custody in Gauteng, and which had been sold to gangs, make the police the other scapegoat, which makes it easy for criminals to obtain firearms.

At the end of last year, the minister of defence and military veterans, Ms. Nosiviwe Mapisa-Nqakula, confirmed in writing that 32 956 rounds of ammunition had been stolen or got lost from the defence force in the previous two years (2013/14 and 2014/15). During the same period, eighteen firearms, of which ten 9 mm pistols, two .303 rifles and six R4 assault rifles were stolen or were lost. This information followed in response to a question in parliament of Dr. Pieter Groenewald (MP) of the Freedom Front Plus.

In another question to the minister of police, Nkosinathi Nhleko, the minister acknowledged that more firearms are being stolen than the number being lost. In the 2013/14 financial year, individual (private) owners of firearms had lost 233 firearms, while 5 194 firearms were stolen. Public institutions (Police, SANDF etc.) had in the same period lost 199 firearms, and 1 769 were stolen. Forty-one firearms were lost and 796 were stolen at private security companies.

“When it is taken into account that nearly three million (2 989 705) firearms are owned by private individuals and 233 of these were lost, it amounts to 0,007% being lost. It can therefore be said that there had been negligence in the case of 0,007% of legal firearms.

“The minister of police, and even president Zuma’s comments that there are too many private firearms and that this promotes violent crime in the country, is therefore totally untrue and it shows that they ignorant and uninformed about private firearm ownership. If the minister and police focus more on illegal firearms and stop targeting legal firearm owners as the scapegoats which promote violent crime, violent crime can be combated more effectively,” Dr. Pieter Groenewald, chief spokesperson on police for the Freedom Front Plus says.

The EU has Blood… 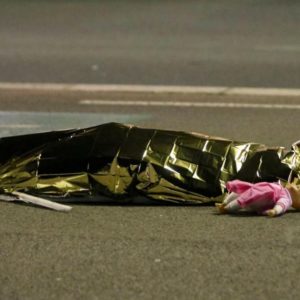