Shopping malls are regularly subjected to armed robberies. In response to this, mall management frequently implement various procedures they claim will counter the threat of such robberies. What they have essentially done, is exploit our misunderstanding of security fundamentals to implement the most cost-effective illusion of actually doing something. This is called security theatre. And it is a lie.

Such threat mitigation is a police function. And it is well outside of the scope of any facilities-orientated security team. The only manner in which shopping centres can mitigate the threat, is by cooperating with each other via the implementation of programs which improve policing infrastructure to counter this threat.

The actual concept that these entities are looking at managing, is the risk of armed robbery. In other words, the probability that the armed robbery threat will impact a business within their facility. In order to do that, they need to identify the risk-drivers. These are the causal factors which influence the probability either upwards or downwards. Failing to recognise and apply such a strategy, is the same as treating a disease purely for its symptoms instead of preventing it.

Now that we understand these key concepts, let’s look at the risk-drivers first. Then we can scrutinise the security theatre presented to us, and decide for ourselves if the tail is wagging the dog. Armed robbers want cash or high-value goods. We can agree upon that. These goods need to be easily-transportable and be easily liquidated.

What drives the risk of armed robbery?

So, risk-driver number one is the presence of cash or high-value goods. There are some really great and innovative concepts which seek to mitigate this. Granted, not all of them are practically implementable in the South African context. But to decrease the amount of physical cash on premises would significantly dent the risk of suffering armed robbery. Alternatively, improving your cash management capabilities (like casino’s with centralised cash drops, smart cards, and similar processes) have quite effectively minimised the overall threat of armed robberies.

Secondly, the spatial arrangement of shopping centres often situates cash-intensive or high-value assets in a manner which increases risk. With some clever intuitive design, shopping centres can impact the risk without impinging upon the experience of the shoppers.

The third risk-driver for increasing the probability of armed robbery, is poor management and a misunderstanding of liability. By implementing pointless security measures you not only demoralise your physical security personnel; you create cases where interaction between security personnel and impacted shoppers causes friction. This in turn causes conflict. Conflict further detracts from the capability of providing security, or creates the requirement to implement ill thought-through policies. Thus, conflict causes distractions which ultimately decrease security.

Yes – there are real solutions

Think about this – a shopping centre wants to create a pleasant shopping experience. Thus creating conflict is not conducive to that. Should a shopping centre decide to utilise a more professional security capability (by increasing their behind the scenes capacity), and using less-intrusive technology (which are supportive of the other risk mitigation measures), then they can decrease their reliance on stop-and-search tactics. And any other outmoded and frankly ineffective deterrent measures.

Security theatre is a scam

So, if we can agree that the risk-drivers for armed robberies are the presence of cash, an environment in which robbers have easy access, and a security program which is poorly managed, then how does the security theatre illusion currently sold not work?

In essence, when we look at the concept of security theatre, we see that malls are simply trying to live through the news cycle. And they spend as little money as possible whilst selling you and me, the general public, a complete and utter lie. Oh, how blindly we trust.

Bryan Mennie has extensive policing, security, and contracting experience. He is currently an Incident Management Professional for a Fortune 50 company. 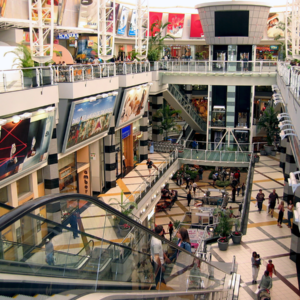 We are in this together,… 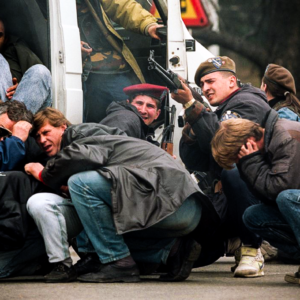