Do you ever wonder why people are so self-deluded? Why can’t they just understand how serious matters are? And why they just won’t do the right thing?

Without diving into a great debate on subjective truth versus objective reality, we can observe people’s reactions to the various potentially world-ending problems presently arising.

There seems to be two camps at the moment. The Obey the Government group, and the opposing Open the Economy group. Without discussing either side’s merits and demerits, we can see the impact mindset has on those who find themselves in either camp.

I choose to divide them into the collectivist “Collaborators”, and the individualist “Fuck-Your-Opinioners”. Since I am on the anarchistic side of politics (technically autarchism,) I am by no means objective. But I do find my current approach more helpful when trying to convince the Collaborators that perhaps there are factors they must consider before making categorical statements. And that taking their usual hard-line approach against anyone who does things outside their moral matrix as self-styled saviours is ineffective.

What follows is intended for the former rather than the latter. Instead of me trying to talk to you, here is why it’s hard for you to talk to me. If you internalise what I say here, you might be able to reach me.

My pivotal realisation came when I understood that it’s as simple as thinking in terms of school sports. There are team players, and there are solitary athletes. Being immature children, we can’t communicate how we feel about ourselves and each other. So we scream instead. Hence we must think in terms of team players, and those who strive for individualism and personal achievement.

Now, a team will almost always have an advantage over an assembly of individualists. Working together is undoubtedly better than each member doing their own thing, and working toward a goal in parallel rather than in coordination with the rest of the team.

Where the mindset of one side clashes with the other, is when we take these micro-elements and try to apply them on a macro scale without allowing for any kind of buffer.

But there are still many people who firmly hold to the argument that Lockdown Saves Lives. We Are All In This Together. I find these people do so for one of two reasons. One group, the more difficult but less dangerous sort, are driven by ego. They simply feel admitting that their previous position might have been in error undermines them. And as such they cannot live with the loss of status. They would rather suffer than admit they were wrong. We can deal with these people easily.

Far more dangerous, or far more committed to saving humanity (depending on which side you are on), are the people driven by conviction. This is where the true collaborators lurk.

This group are the team players. They firmly, and not entirely erroneously, believe the world would be better if everyone worked together for the common good. Where they go wrong, is to assume there is only one correct course to one desirable outcome.

Many of us have different opinions. But we can discuss them in a friendly way. And even though we will not change our minds, we will not write-off a friendship when the other person believes they are right. Even when they are, in fact, very wrong. We can have a heated debate about Glocks versus the Colt 1911, and even get loud in our enthusiasm. But while we hold different opinions, we ultimately recognise the correct answer to the argument is not binary. Why not have both a Glock and a 1911?

The “True Believers” are binary

The Collaborators, as well as the Fuck-Your-Opinioners, are different. The former truly believe the stance they take and the course they choose is best. If we all could just work together, it will all turn out for the best. The Opinioners, on the other hand, all firmly believe we are completely on our own. We must look out for only ourselves.

These two groups do not work well together for obvious reasons. No team works when there is one member who disrupts the cooperation and flow within the team. And while a group of individualists can mostly ignore the component arguing for constant cooperation and just carry on, it’s also not optimal.

Where the conflict becomes evident, is when members of these two sides attempt to achieve a goal affecting all aspects of life.

Like if we all firmly believe that the lockdown was the best course of action. That if we all firmly believe the best way forward, is to kill the economy, wipe out the middle class, and collectively bear the consequences, then a prolonged lockdown will truly be the best course of action. We must have faith that the government is acting to preserve life and as such any measure is justified. Just take one for the team. We will all be better off if we work together in this.

But Fuck Your Opinion.

If one aspect of that course is off. Or if one piece of information is wrong. Or if a single person acts out of greed, rather than altruistic selflessness, then the entire edifice will ultimately collapse. And we are all doomed.

Not doomed in a theatrical, melodramatic sense. Doomed in the same way the people on trains to Siberia were doomed.

Convince me with objective facts, not cherry-picked data justifying genocide

Instead of trying to prove me wrong, rather convince me with objective fact that you are right. Graphs and charts are great, but I can make my own. And they can be made to prove almost anything.

We can even argue that statistically, under collectivist morality and utilitarianist ethics, global genocide is justifiable. If framed correctly, we truly can create an image of a world where killing entire cultures and races will ultimately lead to a better life for all humans, animals, and the planet that supports us.

There are far too many humans on the planet. Whatever your views on climate change, we can all agree pollution is bad. The human species is killing vast numbers of plants and animals. If we don’t control our numbers, then the planet will suffer massive ecological damage. This will ultimately lead to a world not able to sustain us all anyway. Better a billion or two people die now, than those same people plus a few billion more die later, right? So if we all just believed, and did the right thing, then the most drastic of measures will not only be justifiable, but ethical and even moral.

But Fuck Your Opinion.

What is wrong with you? There are thousands of solutions not requiring suicide booths and Soylent Green.

There is more than one way to skin a cat

It’s not binary. This is where I believe the individualists have an advantage – we do not see matters as black or white only. Hopefully most of those on our side of the line are fully aware that there is more than one correct answer to many problems. We can adapt a plan and incorporate parts of several solutions. While difficult for many to accept, it’s not a requirement for being right that you must first prove the other side wrong.

So, to anyone reading this who believes that the state is a benevolent agent that looks out for its citizens, and that anyone who is against policies such as lockdown – remember that the other side of the argument is not populated by a pack of callous, uncaring, savages.

We fully recognise that there are certain threats out there. We just do not trust that the team will really be as benevolent and as giving as some might think. It isn’t that we are not against the team, or the concept of teamwork – we just oppose the idea of putting all the eggs, current and future, in the same basket.

Allow me to do my things my way, while you see to your business in yours. Then we will all get along. Keep in mind that I am not driven by ego or by desire for personal gain. As someone that is motivated by the conviction that my actions are best for me, and simultaneously irrelevant to everyone else, you must convince me by means other than rhetoric.

People like me are the most dangerous to your cause. I will always be the dissenter. I like being the stick in your mud. So, when dealing with me and mine, you must use an approach that allows for debate and expressing multiple points of view simultaneously. I do not suffer from cognitive dissonance. And I am happy to hold multiple, even seemingly contradictory, views.

I recommend the Socratic method when starting any conversation with any of us, in fact. It is a great way of working together to come to a mutually beneficial metric. 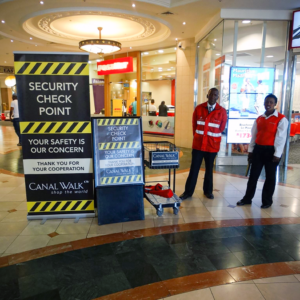 Police State of the Nation… 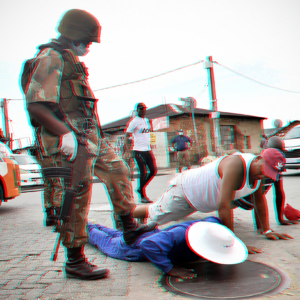