Anyone who grew up with Warner Brothers cartoons will be familiar with the ungainly character that is Elmer Fudd. He is portrayed as a simpleton who blunders through the outdoors, hunting rabbits (or wabbits as he calls them). Fudd suffers from severe deficiencies in both safe and accurate firearm handling, to which he appears completely oblivious. He is also possibly the worst hunter in children’s fiction.

I was unaware that “Fudd” was a slang term for an undesirable type of firearm owner. A good friend fortunately rectified this shortcoming in my knowledge base. In order for me to explain the ins and outs of Fuddhood, let us take a journey down an Internet black hole.

According to the Urban Dictionary, we can define a Fudd as follows:

A “casual” gun owner; eg. a person who typically only owns guns for hunting or shotgun sports and does not truly believe in the true premise of the Second Amendment. These people also generally treat owners/users of so called “non-sporting” firearms, like handguns or semiautomatic rifles, with unwarranted scorn or contempt.

Two characteristics normally identify a Fudd, again according to UD:

Why Fudds hurt us all

So-called Fuddhood has its foundations rooted in a fallacy of logic. The people who subscribe to this misconception believe that some types of firearms have a more legitimate purpose than others. As is evident from above, guns are “good” if the firearms are used for hunting, wing shooting, and static forms of sport shooting. “Bad” guns are anything suited for self-defence or which involves “rapid fire” sport shooting disciplines. We can find Fudds in gun owning communities worldwide, despite their American terminological origins. They are even here, in South Africa.

Fudds believe that by sacrificing the interests of other firearm owners, they will be able to safeguard their own. I have seen them throw handgun owners under the bus on numerous occasions. They mistakenly believe that if they give the regulatory authorities somebody else to chew on, their bolt-action rifles will remain untouched. They also completely fail to grasp that we all form part of the same community. It adversely affects us all when one segment’s rights are eroded. Fudds are therefore short-sighted and highly ignorant.

The truth is that government and anti-gun organisations despise civilian firearm ownership in totality. Regulations start at the lowest-hanging fruit, and gradually move their way up the tree. First the handguns will go. Then those pesky semiautomatic rifles. Then the lever-action shotguns, like the Adler non-debate in Australia. Do they really think the Bambi-murdering, high-power sniper rifles are safe from these people?

We need unity, not adversity

It is an incontestable fact that the firearm owning community’s fortunes are closely tied to all its segments. When any subgroup is targeted by government regulation, and we do not all stand up for them in unison, we are all weakened by the result. This is why I keep telling non-hunting firearm owners to never throw the hunters under the proverbial bus. The exact sentiments count in the opposite direction: hunters should stop throwing people with handguns to the wolves. We either stand together, as one, or we fall separately. But ultimately we will all fall. It is merely a matter of time.

We can stop this from happening.

Don’t be a Fudd. Be pro-hunting. Be pro-sport shooting. Support people who choose to carry for self-defence. Together we can, and will, win. But we all need to come together under the same roof.

Have a good weekend everyone, and stay safe.

Choosing and Carrying a… 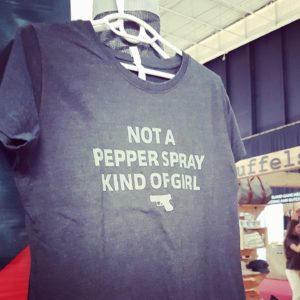 "But it's just for Self… 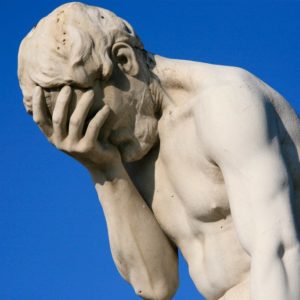