The following is copied verbatim off GunSite South Africa and paints a pretty damning picture of GFSA. It proves them to be nothing more than outright liars. If they can’t be trusted to be truthful about even the most basic little details, how can anything that they say be considered remotely legitimate? Short answer: they can’t.

I refer to the attached statement GFSA (downloaded from their website and inserted in case it “disappears”). Attachment 17071 I reference the first paragraph which reads:

“Evidence that South Africa’s Firearms Control Act (2000) has saved thousands of lives is being presented today at the University of Oxford. The research, which was published in the March 2014 edition of the reputable American Journal of Public Health, shows that over 4,500 lives were saved from gun violence in five SA cities between 2001 and 2005.“

The abstract from the research in question reads as follows:

Strength, timing and consistent decline suggest stricter gun control mediated by the FCA accounted for a significant decrease in homicide overall, and firearm homicide in particular, during the study period.“

Now, please note the beginning of the Firearms Control Act of 2000, which I have extracted from Juta’s Statutes (the resource used by almost every lawyer in the country)

FIREARMS CONTROL ACT 60 OF 2000
(English text signed by the President)
as amended by
Firearms Control Amendment Act 43 of 2003
Firearms Control Amendment Act 28 of 2006
Civilian Secretariat for Police Service Act 2 of 2011
Criminal Law (Forensic Procedures) Amendment Act 6 of 2010
Protection from Harassment Act 17 of 2011
Dangerous Weapons Act 15 of 2013
also amended by
Criminal Law (Forensic Procedures) Amendment Act 37 of 2013
[with effect from a date to be proclaimed – see PENDLEX]
Do you notice anything strange here? How can the Firearms Control Act have saved lives between 2001 and 2005 when it only effectively became law on 1 April 2004 and only really began to be implemented by the SAPS during 2005?
In fact, what this tells us is that the Firearms Control Act in fact has probably done nothing at all and that the old Arms and Ammunition Act was probably adequate and that the Firearms Control Act has been nothing more than a waste of time and money… Thank you Gun Free South Africa.
crimefighting crimefirearm ownershipfirearm rightsgun controlgun control failuregun free south africagun ownershipgun rightsincompetenceself defencesouth africa
Share 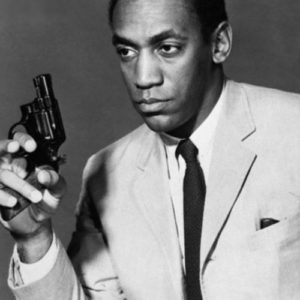 Do we need another firearm…