I am not going to beat around the bush and try to be overly diplomatic. During a discussion with legal counsel, they explained to me that there are serious shortcomings in our side’s Constitutional Court effort. I will explain them in detail below, referencing notes made. This is not going to be pretty reading, but then again it is not meant to be. I hope this underlines the importance of getting GOSA involved in the case either as a party or as a Friend of the Court (amicus curiae): GOSA can then challenge the assertions that were made by GFSA and the SAPS, that are currently unopposed, and plug the holes that need sealing.

What is fundamentally important, is that somebody needs to argue that relicencing serves absolutely no purpose whatsoever: all of the concerns are already covered by S102 and S103. In fact, continuous relicencing may very well lead to the collapse of the entire system altogether. Currently nobody is stating this, and on the contrary, it appears from a reading of the judgment of the High Court that there is at the very least tacit, if not express, approval of this from our side as it stands now. We believe that the scheme of continuous relicensing is in particular at the root of all the problems and other symptoms of the case that the Constitutional Court now needs to deal with and that addressing the fundamental issue is what is needed in the first place.

Herewith are the preliminary thoughts after counsel perused all the submitted papers, except for those of Dealers and Fidelity. The language is going to be dry and legal, but it should provide an adequate picture of what we are dealing with.

To start off with, we are hopeful of explaining to the Court why we are only intervening now – many of the parties have only in the past week or so filed papers that we obviously could only now consider and the contents thereof horrifies us in the light of the likely outcome if we don’t set the record straight. This includes the evidence tendered by GFSA in the form of an affidavit under oath which we would like to oppose for various reasons (this merits a discussion on its own), and also the statements made in the heads of argument by the other parties. Clearly GOSA has a role to play here.

As to the remainder of the papers that we considered, here are our thoughts on them:

As you may notice, there is a lot of scope for another party to become involved in this matter and address the vital issues that are currently standing unopposed. I am of the personal belief that this may be the most significant struggle for our firearm rights in our history. There is an old adage amongst lawyers, namely that bad cases make bad law, and I fear that we are about to see this to occur if we don’t step in and decisively so. We need everyone to become involved and help us get our case to the Constitutional Court. If you are already a member of GOSA, you know what to do.

Gideon is owner and editor of Paratus. The FDD are the Gun Owners of SA (GOSA) legal team.

GFSA lies in their Constitutional… 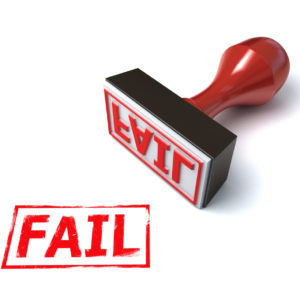