“One of the penalties for refusing to participate in politics is that you end up being governed by your inferiors.” – Plato

With elections around the corner, and more attention focused on firearms due to happenings in a country thousands of kilometres away (cue Rammstein tune), many people are truly committed to ensuring our civil rights are maintained.

Whether they are raising funds, participating in debates, or just donating whatever small amount they can, many people are contributing to our fight.

Sadly, many more people are too apathetic to adopt any kind of role. This is a symptom of a larger problem.

Looking back, there are many examples of gun owners’ willful ignorance. Again, I believe this is symptomatic of the underlying (and misplaced – Ed.) belief held by many that owning a firearm will in itself prepare you for a violent encounter.

In support of my hypothesis, I offer the following examples.

One of the most financially successful and well-known instructors in our country is a lying, narcissistic, violent maniac that has been banned from almost all reputable shooting ranges due to the high casualty rate among his students. The idea that an instructor would continue to operate after a student shoots another student on his course is absurd. That this should happen more than once, and that the instructor personally participates in such lunacy, boggles my mind. Yet this is precisely what happens.

And it happens because the high-speed, low-drag world of “tactical“ is what the market wants. People crave it.

The Pistol versus Revolver circle-jerk

So much has been written about the pistol-versus-revolver debate, and yet so many people still blindly cling to the idea that a revolver is more reliable and betterer than a pistol (first one to argue proves my point, and there will be someone). Look at the holsters people wear, the ammunition people carry, and the number of accessories they bolt onto a carbine licensed for sport but barely used.

We read articles bemoaning the “Fudd”, but rarely do we internalise their contents. Just like we don’t internalise all the arguments regarding Dunning-Kruger effect. We all know about farm attacks. Both from reputable statistics, as well as from fringe groups on all sides. Every instructor will have a story about their neighbourhood watch, and why they now refuse to be involved with them. Yet, we don’t recognise how these events and circumstances are used by many to play into some masochistic need for victimhood, rather than real concern for improving matters.

Go and train a farming community and you will soon see why the popular instructors remain popular. People don’t want to be told what they don’t know.

Why is this? Are people just too stupid to understand, and therefore don’t care? It’s possible, but more likely I think it’s due to intellectual laziness.

In the early paragraphs I state that this is willful ignorance on the part of gun owners. We see the world through the lens of gun ownership. So there exists significant observation bias.

Yet, every human has the same condition. The anti-gun radical refusing to see facts that contradict their world view. The social media addict frothing at the mouth whenever Trump posts on Twitter, while they themselves live in a country that is not affected by many of the policies enacted by his administration, and usually completely ignorant of those policies that actually do affect them personally. How many people are against nuclear power without knowing the facts about nuclear versus wind or solar or geothermic?

Everyone is an Expert

Back to the field of firearms, there are several possible outcomes this has on the committed few. We all know the gunsmith that does really good work, but is a rude and cantankerous old creature. The salesman that has vast theoretical knowledge, but comes across as too bored to make a sale.

This is the result of being forced to work in a field where everyone that comes through the door is an expert. Everyone knows better than the person working in the firearm industry for a living. So they switch off, and just go through the motions to pay back what they owe the bank.

Consider what will happen when those people currently fighting for civil rights get to this point? What will be left?

People can’t keep going indefinitely. Sooner or later they will get fatigued and stop worrying. Then the interfering busybodies come in and take over, not for the general betterment of mankind, but because they like being in a position of power and the control this gives them over people’s fate.

Think about the typical body corporate of an estate. Think of the average person in the church/school/club/watch/whatever committee. Do you really want that person to be the one deciding which strategy to follow in a coming court battle, where the outcome will impact significantly on your civil rights?

The future is not bright on our current trajectory

Yet, it seems that this is exactly what the market wants. And the principle in any sale is “give the customer what he wants”. Not what you think he needs.

Therefore, I postulate that in the next two years the current highly committed group of people will begin to dissolve. New people will come in and try to maintain standards, but it will by necessity require compromise. So things will slip. The opposition is not run by people who really want to help mankind, but by people who crave power. So they will not slip.

However this turns out, market forces will triumph. People will get what they are given, because they deserve no better.

Complaining about the circumstances achieves nothing. Apart from convincing me to not be involved anymore, the average gun owner is at this point little different from the big man at the braai, complaining about government but never voting.

So, my parting shot is this.

For me, this is not a mic-drop, stalk-off-the-stage-to-applause moment. Its an embarrassing, sulky moment. Like when you are talking to people and you look up and everyone left. Or one of those times when no one involved really knew how the hug was supposed to go, but afterwards you don’t know what to say so you ask about the dog.

The sad thing is that those of you reading this will likely not be the target audience. But there are none so blind as those who refuse to see.

For now, I’m done with the firearm industry. When the aliens invade and start lying eggs in people’s livers, it might change my mind. But until then, best of luck. Cheers. Bye.

Stefan is a scruffy, cantankerous, rude and unpleasant man who was trapped in the gun trade and training for over ten years after some dumb university lost his registration, and he could not finish his psychology degree. He has since moved on to greener pastures.

Carry Guns Are Made… 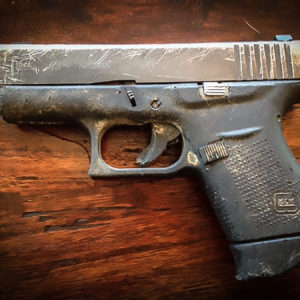 Carry Guns Are Made For Shooting - So Shoot Them! 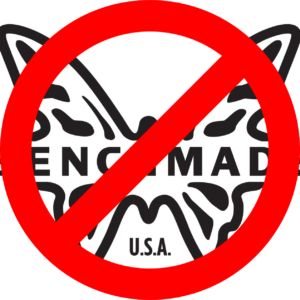