It isn’t every day that a knife manufacturer stabs gun owners in the back. But Benchmade saw it fit to rectify that little shortcoming.

The Oregon City Police department thanked Benchmade for helping them destroy a whole whack of guns. They have since deleted the social media post, due to the massive backlash it generated. But this is the Internet in 2019, and the Internet never forgets.

The OCPD, Benchmade, and their supporters then made varied excuses for what happened. The court ordered the police to destroy the weapons. Benchmade helped the OCPD out, because the cops didn’t have the tools to do the job themselves. And other similarly empty, meaningless banalities.

Those of us who called Benchmade out for their anti-gun Fuddery are being unreasonable. We are feeding hysterics. And we are ignoring the context.

I beg to differ.

This happened in Oregon – one of the most viciously anti-gun states in the US. In January this year, Oregon lawmakers proposed a bill that contains the toughest gun restrictions in the country. Firearm owners will only be allowed to purchase 20 rounds of ammunition every 30 days. And magazines are restricted to a capacity of five rounds only. The latter proposal is particularly worrying. Many firearms are incapable of accepting a 5-round-only magazine. So the provision is actually a defacto ban on certain firearms.

This is nothing new. Oregon has held such anti-gun sentiments for a long time. Anti-gun activists tried getting similar requirements passed last year, but the state Supreme Court fortunately shot it down on a technicality.

What did pass through the Oregon State Legislature last year, were the Red Flag laws.

The Red Flag law allows the court to order the confiscation of firearms from people perceived to be a danger to themselves or others. With no due process. And based solely on how other people judge their mental state. Very little (if any) actual evidence is required.

This means if your neighbour knows you have a gun, and sees you as a threat to yourself or others because you are having a bad day, they can petition the court to seize your guns without any due process. You will only have the opportunity to prove your innocence after the fact.

By October last year, 46 Oregonians have had their guns confiscated under the new law. A large number of them are likely completely innocent.

Still convinced of the validity of that “but -the-court-ordered-it” argument?

Benchmade had a choice. When the police approached them, they could have said sorry – it isn’t our business to cut up guns. Especially if the cops could have seized them from good people without following due process. And especially in this state.

Instead they deliberately chose to help the police destroy a bunch of firearms. And so-doing they pushed the anti-gun and anti-2A agenda which infects the State of Oregon. The Benchmade Knife Company threw firearm owners onto the sacrificial altar of gun control.

I don’t care about the people whining about “context” – this was a clear betrayal on Benchmade’s part. And if you support this kind of thing, don’t come crying to me about the SAPS and government’s efforts to ban your guns. You’ve picked your side of the fence.

Benchmade chose their particularly stupid hill to die on. They offered no apology, or even attempted to walk it back. I am under no illusions that South Africa constitutes an insignificant market for Benchmade. But I do suggest we stick with our gun-owning friends in the USA, and leave Benchmade in the garbage bin.

There are many superb local knifemakers who are far more deserving of our custom than these anti-gun Fudds from Oregon.

We get what we… 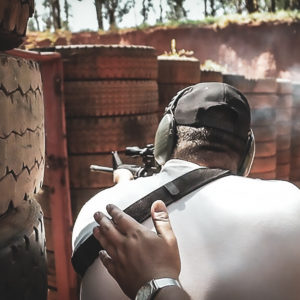 We get what we deserve - parting shots from a former instructor 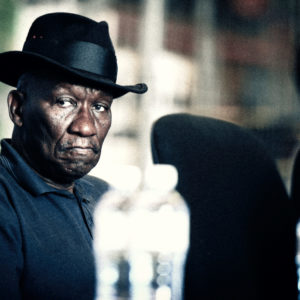