Gun Owners of South Africa have released a media statement in response to the South African President’s commentary regarding gun laws and private firearm ownership.

We certainly do need to have a very serious discussion about firearms in South Africa. In fact, the ‘firearms community’ have been intensively engaged in just this conversation since the Firearms Summit in Parliament in March 2015… you may wish to refresh yourself on the results and conclusions of this process by referring to the recently released Portfolio Committee Report.

In the report you will find that the civil society element (the ‘firearms community’) have been anxious to assist with all of the issues identified and raised by broader society and from the side of government. So much so that GunOwners SA were invited back to Parliament in June to brief the Portfolio Committee on restructuring the Central Firearms Registry to bring it in line with the Firearms Control Act and South Africa’s supreme law, the Constitution. We are happy to report that significant progress has been made towards this end. GOSA are engaged, along with all the other roleplayers in the ‘firearms community’, in a process led by the Deputy National Commissioner of the SAPS, Lt Gen Sitole.

The process whereof we speak is aimed at properly implementing the FCA so that the SAPS can concentrate on the unlawfully held firearms which are universally acknowledged to be the root cause of the problems you refer to. Nobody has a greater desire to see the removal of unlawfully held firearms from society than the ‘firearms community’ who are the most law-abiding section of society by any measure.

This process is not moving as fast as what we would like to see; which we understand as the office of the Deputy National Commissioner has much other work to do at the moment. Perhaps, Mr President, I may be excused for being so bold as to suggest that you articulate to the SAPS that we need to finalise the process in order to achieve your goals, the SAPS’s goals, and the goals of the ‘firearms community’?

VF+ Stands Up for… 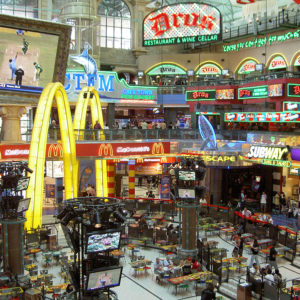