Last week, in a breathtaking display of wilful ignorance and rampant anti-intellectualism, Australian politicians recategorized the Adler shotgun from Category A to Category D. The significance of this move is that the shotgun, previously available to all recreational shooters, will now only be accessible to professional shooters under specific conditions.

Considering the severity of the action against the Adler, one would expect it to be a device of mythological power and destructive ability. Does it decimate the Earth similarly to the artillery at the Battle of the Somme? Does it breathe fire and consume children and infants en masse as it stomps across the land, leaving nothing but death and destruction in its wake? Does it vaporise whole star systems in the blink of an eye?

Erm, not exactly. It is actually a Turkish interpretation of a roughly 130-year-old lever-action shotgun design, holds seven (SEVEN!) shells in a tube magazine, and has not been used in any mass-shootings or criminal actions in Australia at all.

These dull and inconvenient facts have not stopped the Australian media and politicians from exhibiting grandiose stupidity in their ham-fisted efforts at saddling their nation with more unworkable gun control. The Adler has been referred to as a “high-capacity rapid-fire shotgun” whose very existence has triggered a debate that “waters down” Australian firearm legislation.

The Guardian, ever the paragons of unbiased and accurate journalism of superior quality, has even resorted to using a clip from Terminator 2 to demonstrate how “extremely rapidly” lever-action shotguns can be fired.

I am not joking: a supposedly legitimate mainstream media publication uses footage of a 1990s Hollywood action movie about time-traveling shape-shifting robots from the future to explain to their clearly gullible and idiotic readership how dangerous a lever-action shotgun purportedly is.

You see folks, people like these are exactly the reason why Donald Trump won the US elections in what can only be described as an electoral college landslide. Journalists high on arrogance and low on intellect who team-up with equally stupid and opinionated politicians use unsubstantiated and unscientific non-arguments to disguise their virtue signalling as a supposedly balanced debate, and so doing take your rights and freedoms away. Because they know better than you, and they are not afraid to call you names if you disagree with them.

What has just happened in Australia is a clear indicator of the dangers of allowing anti-gun personalities to drive so-called gun control into become a slippery slope. The first to go were the Satanic, black semi-automatic “assault” rifles. Shortly on their heels proceeded the unwarranted vilification of handguns and pump-action shotguns. Now we have finally gotten to the lesser-known evils of lever-action shotguns from the Old West. What is next?

Those Bambi-murdering, animal-abusing, meat-eating, barbarian-misogynist rifles with enough high-calibre destructive power to destroy an entire ecosystem. Before teatime. Wait. Maybe they won’t be called that. Maybe they will be referred to as high-power sniper rifles with natural wood camouflage and anti-reflective black coating.

Anything is possible in the drug-fuelled world of modern journalism’s marriage with unprincipled politics.

Which brings us to the serious conclusion of this article. Folks, if you want to keep your guns, and safeguard the freedoms and rights that go with owning firearms, then you need to get your heads out of your arses. Hunting rifles are no safer from unwarranted persecution than handguns, shotguns, or semi-autos. This fight involves all of us: hunters, sport-shooters, defensive carriers, you name it.

If you don’t understand this, then a very nasty surprise awaits you around the next corner. 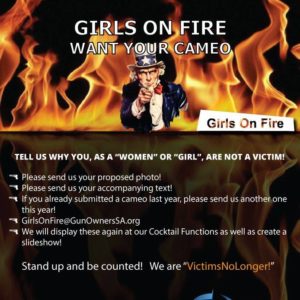 The amaHlubi and the BaSotho… 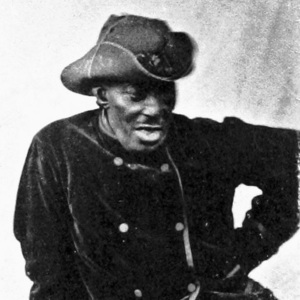