Gun rights in South Africa have always been a hot topic. The right to keep and bear arms is something that cuts across racial and cultural boundaries, and is to a large degree part of the fabric of our society.

Before the nation of South Africa even existed, there were two bloody conflicts between the native population and British colonialists regarding civilian disarmament. Black workers were paid for their labours with rifles. These guns were more than just status symbols and a form of wealth; in a wild and untamed land their possession and use could literally mean the difference between life and death.

So when the Natal colonial authorities decided on confiscating the amaHlubi tribe’s rifles in 1873, it sparked open rebellion. This resulted in the colonial persecution of the amaHlubi tribe and their chief, Langalibalele. A terrible series of events that Sir Reginald Oliver Pearse termed a “disgrace to British justice.”

A mere five years later the colonials were at it again – this time in the Cape Colony. The so-called Peace Preservation Act of 1878 had little to do with preserving the peace, and everything to do with all-out firearm prohibition targeted specifically at the native populace. The Cape Colonly passed this openly racist legislation under the 19th century’s guise of “common sense gun control”.

This time, things went down rather differently.

Firstly, the law was widely opposed in the press – thanks in no small part to a man known as John Tengo Jabavu, a 19-year-old Mfengu who wrote a series of letters to the Cape Argus (the premier newspaper in the Cape Colony) condemning the tyrannical attempt at civilian disarmament:

“From the very outset the natives knew that it has been the intention of the present government to disarm every black man, merely because he is black, to gain popularity from a section of the colonists, whose aim it is to reduce the natives to non-entity for its own selfish ends. Let the press, politicians and constituencies guard against this despotism.”

Secondly, when the Colony attempted to enforce gun control on the Basotho tribe, they got more than they bargained for. The War of the Gun of 1880/1 saw Basotho tribesmen inflict a series of humiliating defeats upon the colonial authorities, and the war rapidly threatened to bankrupt the Cape Colony itself.

Before long a truce was declared, and the Basotho got to keep their guns.

Unfortunately South Africans don’t appear to have learned much from history.

With the implementation of the Apartheid system in 1948, the black population’s few gun rights were catastrophically eroded for the next 46 years. One can ask whether or not Apartheid would even have happened at all if all South Africans enjoyed equal gun rights from the start. Personally, I think the absence of popular gun rights at the time more than answers the question.

In 1994, everything changed. For the first time in living memory, the majority of South Africans could exercise their firearm rights uninhibited. And that is exactly what they did.

Reality didn’t stop the South African anti-gun lobby from doing their utmost to turn the country into a gun-free “paradise”. At the centre of this total civilian disarmament effort is an organisation called Gun-Free South Africa – founded by Methodist bishop Peter Storey, and funded by Big Name patrons like George Soros’ Open Society Foundation.

Their dishonest and disingenuous lobbying resulted in the Firearms Control Act of 2000, which became law in July 2004. It is a poorly-written, unworkable, and shambolic piece of legislation. And it succeeded in setting ordinary citizens’ gun rights back decades, if not centuries. Especially if you are poor and cannot afford to comply with the Herculean and arbitrary legal requirements for firearm ownership.

Our Gun Laws are Anti-Poor and Elitist

The vast majority of South Africans are bitterly impoverished, and live in overcrowded and dangerous slums called townships. Policing is mostly non-existent, and the township population suffers terribly from violent confrontational crime.

These people cannot afford high walls, burglar proofing, armed response, and electric fences. What they can afford is a 5-shot .38 special revolver or a Norinco 9mm pistol. Now even the ability to protect themselves is effectively denied to them by politicians and anti-gun lobbyists.

In a cruel twist of fate, one of the first acts of the new democratically-elected government was to ensure poor black citizens couldn’t afford to exercise their gun rights. And so-doing deny them the ability to effectively protect their Constitutional Right to Life, Right to Freedom and Security of Person, and Right to Property. Whilst simultaneously denying them effective policing and a working criminal justice system.

So much from “freedom” and “equality” in the New South Africa.

Circling back to the anti-gun crowd – I don’t think it is fair to refer to GFSA as anti-gun lobbyists. They are after all perfectly fine with the government retaining the monopoly on the use of armed force. Well, the government and the thousands of dangerous criminals who don’t obey gun laws. GFSA are also not real lobbyists because, unlike gun-rights organisations, they have no popular support or membership base at all.

They are actually nothing other than a pro-crime and anti-self-defence organisation.

But you don’t have to take my word for it – the proof of the pudding is in the eating. In 2011 the South African homicide rate reversed its 20-year decline and began to increase. And it hasn’t stopped going up since – increasing by over 22% in 8 years.

This turnaround followed hot on the heels of the 2010 national firearm amnesty, which happened thanks to Gun-Free SA. It was a highly regrettable event where the SAPS coerced thousands of law-abiding gun owners into surrendering their firearms to the police. Corrupt cops like Colonel Chris Prinsloo and his associates then stole thousands of these guns, and sold them to gangsters on the Cape Flats.

The authorities have linked over a thousand murders to these guns. Murders which likely would never have happened if the guns remained safe in the hands of law-abiding civilians. As opposed to being handed into the custody of a criminally infiltrated, corrupt, and incompetent police service.

None of this should have come as a surprise.

The military and police lose thousands of firearms every year. Many are stolen or lost through negligence. But in far too many cases corrupt cops and soldiers sell fully-automatic firearms, hand grenades, and even anti-tank weapons to gangs and criminals.

Ironically one of the major claims that GFSA use in their civilian-disarmament crusade, is that we cannot trust ordinary citizens cannot with the responsibility of firearm ownership. Of course they completely ignore the statistics which indicate that the police lose around 8 times more guns per capita than civilians do. And that police recover their own firearms at a rate 15 times lower than that of stolen civilian guns.

Just as they completely ignored warnings of what was to come prior to their abortive amnesty.

Clearly for them to display such self-awareness goes directly against the political games they play with innocent lives.

The South African Government is Hell-Bent on Total Civilian Disarmament

The government has since doubled-down on their anti-gun rhetoric. The President, Cyril Ramaphosa, publicly spoke of how much he idealises Vietnam – a country where only the military and police have guns. He of course said nothing about Vietnam’s wonderful human rights record.

Our Minister of Police, Bheki Cele, is infamous for his power-drunkenness and excessive infatuation with fedoras. He has also repeatedly expressed his desire to see all South African citizens totally disarmed. It certainly would make Cele’s job as a corrupt and incompetent police minister easier if ordinary citizens cannot fight back against the criminal actions of his broken police service.

The only thing standing between Cele and his dream of complete civilian disarmament are South Africa’s gun rights organisations. Many high-profile court cases where they sue the police attest to the fact that gun rights bodies are far from toothless.

The broader public got a taste of Cele’s tyrannical excess when South African police and soldiers killed more people during our first week of lockdown than COVID-19 did. The most infamous such case was the murder of Collins Khosa – who was killed by soldiers who burst into his home without a warrant and proceeded to beat him so badly he later succumbed. There would be no George Floyd-style mass protest or rioting for him. Or any of the 11 people killed by police for breaking lockdown regulations – by simply being outside.

The mask of benevolent government has well and truly slipped off.

Considering authoritarian excess and rapidly-rising violent crime, it shouldn’t come as a surprise that more and more citizens are suddenly taking an interest in first-time firearm ownership. Over the past few weeks people who want to know how to legally obtain their first gun inundated me with phonecalls and emails. And I’m hardly the only port of call.

Black South African licensed gun owners already outnumber white ones. Female firearm ownership is also on the strongest upward trajectory ever seen – a subjective observation, but certainly true. And gun owners are getting younger. Many come from homes where neither of their parents owned a gun. So they are truly the First Generation of licenced South African gun owners in their families.

These developments remove from the political lexicon the oft-touted claim that gun ownership is the domain of old, white men. Not in South Africa. And certainly not in 2020. And it is a beautiful thing to see. 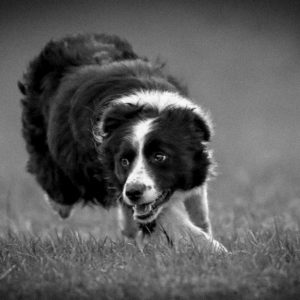 Sheepdogs, Sheep, and Goats - Which One Are You? 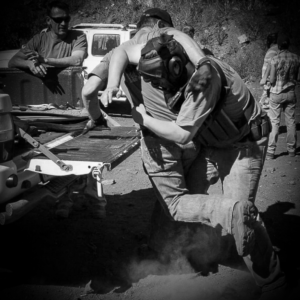