The President must fire Bheki Cele.

This publication is no friend of Minister Cele. When he first became Minister of Police in March 2018, we expressed significant doubts regarding his fitness to hold office. Cele in turn wasted no time to confirm our fears that he is a rabid civilian-disarmament tzar. Over the past three years Cele has indeed worked tirelessly to destroy what little public trust remained in the thoroughly-maligned SAPS.

Finding significant examples of Cele’s prolific mismanagement and incompetence is a Herculean task, simply because there is a veritable ocean of them to trawl through. The sheer volume of atrociousness regarding his stewardship of the policing portfolio is titanic. Hence I plead for your forgiveness if I neglected to add pertinent examples to this article. There are just too many to mention. I promise to deal with them in a separate article.

The most recent scandal involves the SAPS’s Property Control and Exhibit Management (PCEM) system. Which the service provider, Forensic Data Analysts (FDA) switched off due to the police’s chronic failure to pay their bill. And this is in spite of SAPS and SITA losing nine court cases against FDA consecutively.

Instead the police wilfully ignored the warnings and advice of their legal counsel, and used FDA’s systems unlawfully for over a year.

But it gets worse.

Treasury made the required financing available and ring-fenced the money. All the SAPS had to do, was pay FDA. Instead Cele refused to pay the bill with the money government specifically made available for that very purpose. And he did so twice.

This isn’t merely incompetent bungling, but criminally irresponsible and egocentric maliciousness. The direct result of which is the backlogging and potential compromising of 80 million pieces of forensic evidence affecting over 170 000 criminal cases.

While Cele proudly boasted about the SAPS arresting hundreds of thousands of South Africans for breaking lockdown regulations, he maliciously sabotaged the PCEM system by outright refusing to pay the service provider for its use. And so-doing he directly helps thousands upon thousands of rapists and murderers get away with their crimes.

The sheer scale of Cele’s betrayal of the public is staggering. He is criminally complicit, and his actions are tantamount to treason.

The story doesn’t end there.

No Control Over SAPS Guns

FDA is also the service provider for the police’s internal firearm registry, the Firearm Permit System (FPS). This critical system keeps track of 500 000 SAPS firearms via electronic firearm and biometric scanning. Due to the exact same issues regarding non-payment, this system has also been off for nearly a year.

The scandal incensed Tina Joemat-Pettersson, chairwoman of the Parliamentary Portfolio Committee on Policing. During the PPC meeting on 10 March, she ordered that the matter be settled within a week. Yet as of Saturday, 13 March the SAPS haven’t even contacted FDA. When the service provider questioned this tardiness, stating that FDA are ready and waiting to switch the systems back on as soon as payment is facilitated, Cele responded that they are being “too hasty”. Supposedly there still needs to be internal meetings and other malarky.

This is quite literally Bheki Cele fiddling while Rome burns.

The fact that the SAPS utterly fails at exercising control over its own internal systems pertaining to forensic evidence and police firearms is disgraceful. It also clearly implies that the SAPS are unfit to exercise stewardship over the civilian firearm licensing and the Central Firearm Registry (CFR). If the police cannot be trusted with their own internal systems, then they cannot reasonably be trusted with others.

A reality illustrated by the fact that amnesty firearms marked for destruction keep turning up at crime scenes; guns sold to criminals by the very police officers entrusted with their safekeeping.

We would be far better off if a suitable private entity performed the functions of firearm licensing and managing the CFR. But this is merely the tip of a single iceberg in a North Atlantic Ocean filled with them. And the SAPS Titanic is sinking fast.

If there is to be any hope of reforming the SAPS, then the President must fire Bheki Cele and Khehla Sitole. They must also be investigated and prosecuted. Parliament must also subject the entirety of SAPS management to an intensive and hard purge. Our country cannot tolerate the wilful and malicious incompetence, petty tyranny, and uncontrolled corruption infesting our police service. This plague is costing innocent lives, denies justice to survivors and victims’ families, and makes a mockery of the entire criminal justice system.

It is past time for the Twat in the Hat and his underlings to get the boot. Preferably very hard and very fast.

Gideon is the Owner and Editor of Paratus. 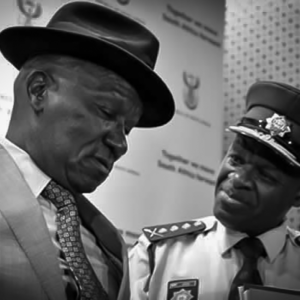 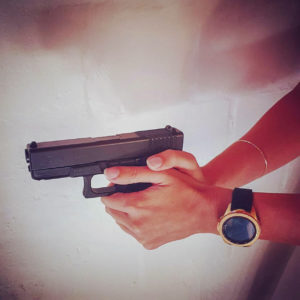 Armed Women - Guns are the Answer to Violence (a rebuttal)