Bheki Cele was perhaps the most eagerly anticipated Minister of Police in recent memory. When his position was announced a friend asked me how I felt about it. “I don’t know,” was my reply. History clouds our judgement. Most people apparently held fond memories of his time as National Commissioner of Police. We conveniently forget that he left under a cloud of scandal and alleged fraud. We also rather too readily dismiss his comments as “just talk”. And Minister Cele has made more than one off-colour remark during the last few weeks. He furiously stated that South Africans must be disarmed. He then declared all-out war on criminals. I am morbidly curious what he is going to say next.

Hearteningly, many people took grievous exception to Cele’s statements calling for civilian disarmament. Staunch ANC supporters among them. They were not willing to compromise on their firearm ownership rights simply because a party-appointed Minister held such sentiments. Good on them.

Others again took exception to those taking exception.

We were allegedly quoting Cele out of context. Or we were deliberately misconstruing what he meant. Or (that old favourite accusation) we were “being alarmist”. Now, it doesn’t matter what we think the Minister meant. The public can only go on what he actually says. We are obligated to take whatever pronouncements he makes as being accurately reflective of his intentions. It has been nearly two weeks and he still has not clarified that he misspoke. Either he forgot, or he meant what he said. I suspect the latter.

Public officials will very often make outrageous and disingenuous remarks. Remarks which we much too easily dismiss as idle talk. In reality what those officials are doing, is testing the public’s tolerance of their suggestions. If there is no visceral outrage, then there is a good chance that the proposed policy will be accepted. Regardless of whether or not it is horrendously unconstitutional. It is therefore a very risky strategy to dismiss anything a government official says as mere talk. We really ought to have learnt this by now.

A case in point – in Norman Cohn’s excellent Warrant for Genocide (p. 219/220) he clarifies that the vast majority of the 17-odd million Germans who voted Nazi in 1933 firmly believed that the party’s vehement antisemitism was “merely talk”. We all now know that it was not.

As far as civilian disarmament is concerned, historical context advises us to not accept anything at face value.

Several of our Ministers of Police energetically pursued an anti-gun agenda. It has become somewhat of a hallmark of the office. Complete civilian disarmament, achieved through gradual restrictions, is the original and designed purpose of the FCA. It was repeatedly stated as such during the Goldstone Commission in 1993. Anyone who suggests that this is untrue and alarmist didn’t read the reports. Or they are lying. There is nothing new about our government pursuing a policy of civilian disarmament. They have been doing it for 24 years.

Thus, when Minister Cele expressly states that South Africa must be disarmed, we must accept it as his intended policy. Dismissing it out of hand is foolhardy.

Bheki Cele is fond of making brusque statements. “Shoot to kill” was perhaps his most (in)famous attack of foot-in-mouth disease thus far. Now Minister Cele expresses not only his desire for a disarmed South Africa, but has also declared “war” on criminals.

As unpopular as the facts may be, we only determine suspected offenders to be criminals once they have passed through the justice system. All suspects are presumed innocent until proven guilty. This means that a person only becomes a criminal when they are accused of a crime, put on trial, and found guilty. Mere suspicion of wrongdoing is a wholly insufficient criterion for labelling somebody a criminal. It is beyond the scope and authority of any police official to determine who is a criminal. That is the domain of the judiciary and the courts. And for good reason.

Hence the police do not determine who are criminals and who are not. They are certainly not judge and executioner. Therefore, when Minister Cele declares war on criminals, he is in effect declaring war on the public. He is also encouraging police officers to break their oath of office. This may not be his intention. I sincerely hope not. But it is certainly the message that he is communicating.

Clearly such pronouncements are horrendously dangerous. If you are falsely accused of committing a crime, or a police officer wrongly perceives you as having committed one, how do you think you will now be treated by the SAPS? I am certainly not comforted by the idea that I must rely solely on the professionalism of the responding officer. Especially when the Minister of Police encourages heavy-handed (and violent) treatment of any person suspected of being a criminal.

And even more so when we consider the institutional shortcomings of our modern-day SAPS.

The SAPS is notoriously badly managed. The organisation currently finds itself in a multifaceted, full-blown crisis. Corruption, incompetence, and blatant criminality plagues it. Its only saving grace are those dedicated and professional police officers who have remained steadfastly committed to upholding their oath. In spite of their working conditions, mind you, not because of them. If it were not for these select men and women in blue, the SAPS would have imploded years ago. And an increasing number of them are leaving the service every month.

This born in mind, I don’t think my perception that the responding officer in the example above is likely to shoot me is particularly unfair or unrealistic.

We live in a liberal democracy. It is far from perfect, but it is also not a tinpot dictatorship. Citizens are not beholden to the police, politicians, or ministers. It is entirely the other way around. Our public servants are fully beholden to us. It is therefore completely unacceptable for a minister to call for the disarmament of civilians, and then following his calls up with what amounts to a declaration of war on the public.

What on Earth is Minister Cele hoping to achieve with these pronouncements? A further loss of public confidence in the police? More avoidable death, violence, and lawsuits?

We don’t need more misguided tough-talking from our Minister of Police. We have had enough of that under his predecessor. We need far-reaching and meaningful reform of the entire South African Police Service. Real, effective leadership as opposed to firebrand statements. Minister Cele has an opportunity to do a lot of good. He can restore the SAPS, and public confidence in the organisation. He can heal the rift between the police and gun owners. But this is not the way to do so. 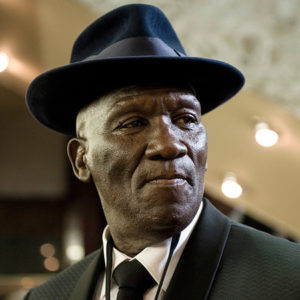