South Africans should be allowed to own firearms for the purposes of self-defence. Taking away that right in a country with levels of violence as high as South Africa’s is unfair. Furthermore, gun rights are – to a large degree – civil rights and a high degree of caution must be exercised when meddling with civil rights. – Marius Roodt

Marius Roodt of the South African Institute of Race Relations (IRR) authored this third report of their Broken Blue Line project. The report’s purpose is to examine to what extent the police are involved in perpetrating criminal violence. It goes without saying that this is an issue many South Africans consider of extremely high significance. And therefore I recommend that you read the IRR report, and familiarise yourself with its content.

Like the two previous reports (in 2011 and 2015 respectively), it reiterates the following: “As long as the police service remains a home to violent criminals it is very unlikely that South Africa will experience a sustained and significant decline in serious and violent crime. It is essential therefore that pressure be brought to bear on political authorities to take police criminality seriously and deal with it effectively. Creating such pressure is also one of the most effective means by which South Africa can support the efforts of hard-working and committed members of the police service.”

The sad reality is that criminals are still very much active within the SAPS. Their offences range from petty theft, to sexual assault, to collusion with organised criminal syndicates.

Roodt bemoans that “it was all too ‘easy’ to find examples of police criminality, and in the space of about a week. We remind readers again…that it should be impossible to find any such incidents – the police should not be engaging in criminal acts – let alone on the scale that we have identified.”

However, there is also fortunately some light at the end of this tunnel. “it must be remembered that many of these cases have come to light because of work within the police, where officers have arrested or taken action against their colleagues…Most people employed in SAPS and the related services…are committed to working towards creating a safe South Africa for everyone.”

What is of serious concern is the low rate of convictions. Of the 9097 incidents reported in 2017/18, a total of 1428 were referred to the NPA. Only 99 of these ended in criminal conviction. “The IPID annual report notes that senior police officers seem to be protected from the consequences of their actions.”

Therefore, it isn’t surprising that the public is losing faith in the SAPS and the criminal justice system as a whole. Three of Roodt’s overall findings personally stand out for me in particular:

In order to address the serious problems plaguing the SAPA, the IRR makes several policy proposals. Despite having already proposed many of these solutions in 2015, the SAPS implemented none of them. This indicates that the “SAPS seems unlikely to take the crisis seriously…the SAPS is currently losing the battle against crime – considering the trend over the past five years.”

None the less, the IRR reiterates their previous proposals, and added another three:

Roodt’s concluding statement speaks for itself.

“The IRR also stands against what seem to be genuine proposals by the government to take away the rights of South Africans to own a firearm for the purposes of self-defence. What was purported to be draft legislation was leaked to the public in early October. This purported draft legislation removes self-defence as a valid reason for owning a weapon. The protection of another person or of one’s own property will also no longer valid reasons to own a firearm, according to what may have been a leaked bill. Even weapons which are effectively antiques – such as muzzle-loaders – will be brought under the new legislation. The purported ill also incorporates much stronger restrictions on how many weapons and rounds of ammunition may be held by a gun owner who wishes to use the weapons for hunting or sports shooting.

South Africans should be allowed to own firearms for the purposes of self-defence. Taking away that right in a country with levels of violence as high as South Africa’s is unfair. Furthermore, gun rights are – to a large degree – civil rights and a high degree of caution must be exercised when meddling with civil rights.”

I personally thank Marius Roodt and his colleagues at the IRR for taking such a strong stance with the firearm-owning public. It is especially heartening to see them frame this issue in the broader picture of civil rights. I have long maintained that firearm rights are civil rights. And I am happy to see I am not alone.

You can read the IRR Broken Blue Line 3 report by clicking here. Alternatively you can download it in PDF format as attached below. I also recommend showing support and joining the IRR here.

A Line in the… 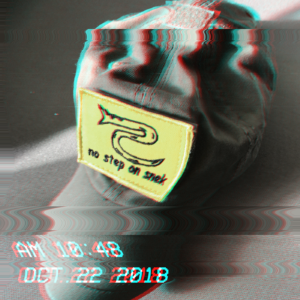 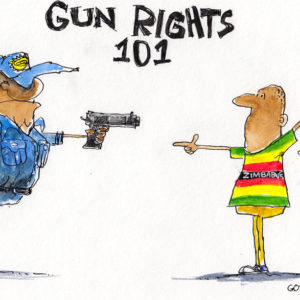