In 1873 the British colonial authority in Natal attempted to disarm the amaHlubi tribe of their rifles. The amaHlubi refused to surrender their guns, and the British sent soldiers to forcibly disarm them. In the ensuing fight, five soldiers were killed and the remainder driven off. Unfortunately the British eventually succeeded in arresting the leaders of the tribe, Chief Langalibalele. The subsequent ‘trial’ was called a “disgrace to British justice” by Reginald Oliver Pearse. The amaHlubi suffered greatly as a consequence, and their lands and cattle were confiscated as punishment.

This was the first attempt at forced civilian disarmament by colonial powers in South Africa.

Five years later the Cape Colony enacted the Peace Preservation Act of 1878 – a law which compelled all black Africans to surrender their firearms. John Tengo Jabavu, a Mfengu who was but 19 at the time, wrote a series of letters to the Cape Argus to protest the oppressive law:

“From the very outset the natives knew that it has been the intention of the present government to disarm every black man, merely because he is black, to gain popularity from a section of the colonists, whose aim it is to reduce the natives to non-entity for its own selfish ends. Let the press, politicians and constituencies guard against this despotism.”

Meanwhile, tensions were rising between the Basotho and the Cape Colony. Matters came to a head in 1880 when Sir John Gordon Sprigg, the Prime Minister of the Cape Colony, demanded that all Basotho surrender their guns in accordance with the Peace Preservation Act, or face the consequences.

The Basotho refused. In response, the Cape Colony sent soldiers to put the Basotho down and seize their guns. This ignited the Basotho Gun War of 1880/81, more aptly known as the War of the Gun, in which the Basotho defended their rights to keep and bear arms.

The Basotho guerrillas were excellent marksmen and inflicted humiliating defeats upon the Cape Colony forces. In October 1880 the Basotho ambushed a column of the 1st Regiment, Cape Mounted Yeomanry at Qalabani, killing 39 men. This defeat, of an experienced and well-armed cavalry column, was a devastating blow to the colonial authorities.

In 1881 a peace treaty was signed with the Basotho chiefs. They kept all their land and had unrestricted access to firearms in return for a once-off payment of 5000 cattle.

The Peace Preservation Act and the War of the Gun were key factors leading to the formation of the ANC in 1912. The founders opposed civilian disarmament, and saw it for what it was – tyranny. Africans paid the price to keep and bear arms in blood. And for a large part of the 20th Century, during the struggle against Apartheid, it would be paid for in more blood still.

Yet, 107 years later, the ANC is repeatedly expressing its desire for complete civilian disarmament. From Minister Bheki Cele’s chronic demands that civilians be disarmed, to President Cyril Ramaphosa’s sentiments that only the military should have firearms, to threats of banning firearms for self-defence, the intention is clear.

The legacy of John Tengo Jabavu’s activism, and the wars fought by Africans to keep their gun rights, has been forgotten. Colonial oppressors have been replaced with politicians who demand the disarmament of African citizens. Considering the policies of expropriation without compensation and the nationalisation of healthcare, the call for disarmament is not coincidental. Civilians who own firearms are an obstacle to the National Democratic Revolution as they might prevent the path to socialism.

Ironically, the ANC is the only political party in South Africa which owns firearms licenced to itself. This is thanks to the NP government granting a special concession to the ANC before 1994. The situation is straight out of George Orwell’s Animal Farm – “all animals are equal, but some animals are more equal than others.”

The EFF’s manifesto stipulates that they seek strict gun control. Despite this stance, their illustrious commander-in-chief clearly loves guns as he mimics their sound while singing Kill the Boer on stage, and displays incredibly responsible firearm handling practices by firing a rifle into the air at a rally.

By taking a closer look at who the ANC and EFF idolises, we can draw conclusions regarding their attitudes towards society and civil rights. Venezuela, Myanmar and and Zimbabwe are routinely alienated for their oppressive governments and human rights abuses. They are also nations who indulged in civilian disarmament, and whose leaders are publicly admired by the ANC and EFF.

South Africa is the seventh most homicidal nation on Earth. Our National Commissioner has admitted that it is impossible for the SAPS to fulfil its constitutional mandate. Citizens have taken initiatives to protect themselves against violent criminals, and competent gun ownership has been steadily increasing. Yet, in spite of all of this, the ANC government wants to disarm civilians.

The ANC and EFF claim that civilian disarmament disguised as gun control serves the higher purpose of enhancing public safety. But that is a not true: it is about ensuring that the government holds an unopposed monopoly on armed force and violence.

Gun control isn’t about guns – it is about control.

In our modern world, guns are the best tool for defence against criminal and government predation. It allows a frail elderly woman to defend herself from multiple younger, stronger, and more aggressive assailants. It allows free citizens to check the government’s tyrannical overreach and effectively oppose it when needed very much like the amaHlubi and the Basotho did in the late 19th Century.

These are rights and privileges our ancestors died for. They are a vital part of our national and cultural identities and still remain the best tools with which to safeguard not only our lives and our families, but our civil rights and freedoms. And like the amaHlubi and Basotho, the battle has not ended.

Gideon is the owner and editor of Paratus, as well as an MP candidate for the ZACP (Capitalist Party of South Africa)

This article was first published on Politicsweb on 6 May 2019 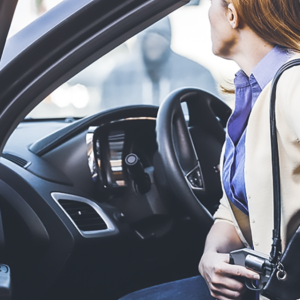 Gun owners are human too - not second-class citizens 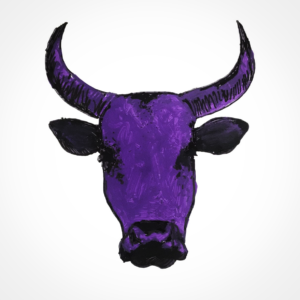