The Capitalist Party of South Africa’s position regarding firearm ownership rights is a fundamental issue for the party. Firearms for self-defence, and lawful firearm ownership for properly trained and law-abiding citizens, is one of our 10 Principles. The ZACP is also the only party which makes competent and lawful civilian firearm ownership an overt principle in the political sphere.

The ability of ordinary citizens to defend themselves and their loved ones from violent criminal predation is an inherent part of a peaceful and prosperous society. We have the constitutional rights to life, freedom and security of person, property, and dignity. If we cannot defend these rights from criminal violation, they fail to remain rights, they become defunct.

The South African homicide rate has increased every year since 2011, and presently stands at 35,8 murders per 100 000 people. According to the World Bank’s data, we are the seventh most homicidal nation on Earth. Other violent crime rates are also astronomically high.

Adding insult to injury, the National Commissioner of Police told Parliament, on record, that the SAPS is overstretched, and that it is “impossible” for the police to fulfil its constitutional mandate.

A startling and disgraceful admission from the highest-ranking police officer, but this is merely the tip of the iceberg.

The government has chronically failed at providing an effective criminal justice system. The IRR’s Broken Blue Line reports indicate serious and systemic problems plaguing the SAPS. SAPS has been rocked by political gerrymandering which has stripped out institutional competence and left the police chronically under-trained and ineffective, despite the best efforts of most police officers.

For all intents and purposes, citizens are on their own.

Individuals are always the first responder to their personal crime scene, and being adequately trained and equipped can mean the difference between life and death. Countries like Brazil, Russia, the Czech Republic, and Italy clearly understand this, as they recently removed restrictions regarding armed self-defence by civilians.

Yet, a proposed draft amendment to the Firearms Control Act (FCA) came to light which sought to remove self-defence as a requirement to own a firearm. The leaked document originated from within the Civilian Secretariat of Police, and if firearm owners and their representative bodies didn’t jump all over it as they did, it may very well have been on its way to becoming law.

On one hand, the ANC intends to disarm the South African citizenry while allowing SAPS to remain ineffective and unable to fulfil their mandate. It is a sordid state of affairs. Moreover, SAPS’s gross mismanagement of the multi-billion-Rand Central Firearms Registry (CFR) has prevented hundred of thousands of law-abiding gun owners from renewing their firearm licences, which essentially made them criminals.

In July last year an interdict against SAPS was successfully lodged and accepted by the North Gauteng High Court . Its purpose is to prevent the police from prosecuting anyone with an expired firearm licence and confiscating their property. The interdict brought relief to more than 400 000 people who were criminalised by the system, just because they didn’t complete a paperwork process on time.

Judge Bill Prinsloo issued the interdict as he deemed the situation a national security crisis and ruled that the the police were wholly incapable of safeguarding more than 400 000 firearms and over one million rounds of ammunition.

The crisis originated from the SAPS deliberately sabotaging their own system. Until 2016 it was entirely possible for an expired licence to be renewed. Then the SAPS illegally altered their IT system so that it could no longer capture late renewals.

There have been instances where firearm licences are refused for specious and illegal reasons, internal rules that directly contradict the law are made-up and forced upon licence applicants, and unacceptable delays and administrative tardiness are hallmarks of the system.

Additionally, the SAPS have for 15 years failed to comply with a key provision of the FCA: the implementation of an e-connectivity system. Dealers are required to electronically update their stock with the CFR, but are unable to do so, SAPS currently has no capacity to do that. Instead dealers are forced to submit stock changes on paper, which is then lost or not processed for months.

These abuses have resulted in countless court cases totalling millions of Rands against the CFR and SAPS. The police have completely failed at administering the CFR, and they are clearly not suited to the task.

Our policy proposals directly address the aforementioned problems with the licensing process, and intend to solve this pressing conundrum.

Firstly, we propose to licence the person, and register the firearm. Once a person satisfies the legal requirements, they become licensed and competent to buy a firearm. Their guns are then placed on the registry under their name. This eliminates all the unnecessary and inefficient administration of the present system and allows SAPS to focus on actual crime fighting.

Satisfying the legal requirements for firearm ownership infers the person is competent, complies with all safe-keeping requirements, and has no relevant criminal record or debilitating psychiatric condition which renders them unfit to possess a firearm.

Secondly, we propose the abolishment of licence renewals and legislated numerical restrictions on the amount of firearms licensed gun owners are allowed to own.

Under the Arms and Ammunition Act of 1969 and its predecessors, firearm licences were granted for life. Licence renewals serve no purpose other than to create a monumental administrative burden.

The proposed purpose of renewals is allegedly to ensure compliance with the law. We disagree. Provisions already exist (Section 102 and 103 of the Act) to declare a person unfit to possess a firearm at any time. If the police reasonably suspect a firearm owner to be guilty of a criminal offence, or receive reports that they have become a danger to themselves or others, they can act immediately – they don’t have to wait for the suspect to renew their firearm licence.

Legislated numerical restrictions are equally senseless. And in large part don’t exist anyway. The availability of safe storage space and finances are infinitely more limiting constraints on the number of firearms people decide to own.

Thirdly, the administration of the registry should be taken away from SAPS, and instead be given directly to the Department of Justice (or another suitable alternative). The arbitrary manner in which the SAPS administers the CFR, and the extensive criminal abuses and violation of administrative justice that goes along with it, illustrates the lack of transparency and accountability inherent to the system’s present overseers.

The police shouldn’t administer registries anyway. They are unsuited to do so and are wasting valuable resources on it. Removing this material burden from the SAPS will allow them to redeploy resources to their intended purposes – fighting crime and enforcing the law.

Lastly, the licensing process must be entirely online. This requires the implementation and expansion of the e-connectivity facilities that the CFR has failed to do. Making it electronic will ensure the process is speedy, efficient, and transparent.

A working system of firearm licensing is in the best interest of society, and it is high time we fixed the dysfunctional and broken one we are presently saddled with.

None of these proposals are arbitrary. They are the result of years of work by firearm organisations and legal specialists: the true stakeholders of the process.

By engaging people who have skin in the game, and finding workable solutions, we fulfil the maxim of the ZACP: you tell us what is broken, and we will tell you how to fix it.

Gideon Joubert is the owner of  Paratus.info and is a parliamentary candidate for the Capitalist Party of South Africa (ZACP).

This article first appeared in Rapport newspaper and on Politicsweb. 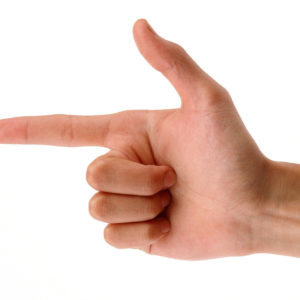 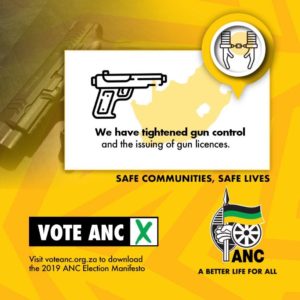