Uber, the San Francisco headquartered transportation network company, has banned all of its drivers and riders from carrying guns.

It is a new rule as of the 10th of June, and applies across all national and state boundaries. Anyone in contravention of the policy may be booted from the Uber platform and lose all access.

The reason for this sudden rule change?

“We seek to ensure that everyone using the Uber digital platform—both driver-partners and riders—feels safe and comfortable using the service.”

That’s right: Uber wants everyone to “feel safe”, as opposed to them actually being safe. And they are willing to implement a one-size-fits-none rule to make sure that people darn well feel safe, regardless of how idiotic it is.

Quick question for Uber: how exactly are you planning on enforcing this new rule of yours? Are you intending to individually monitor each and every single one of your millions of users, considering that you operate in over 300 cities in 58 different countries?

Also, who exactly do Uber think they are? On the one hand they claim that their drivers are merely independent contractors, and that Uber cannot control what they do. On the other hand they now attempt to treat drivers as their employees, and prescribe to them what they are allowed to do in their own vehicles.

So which is it?

The new policy also appears to be in direct contradiction to Uber’s Code of Conduct regarding Non-Discrimination; “It is unacceptable to refuse to provide or accept services based on…any other characteristic protected under applicable federal or state law. This type of behavior can result in permanent loss of access to the Uber platform.”

The legal carriage of firearms is protected by state and national law in more than a few places where Uber operates, but it discriminates against firearm owners and carriers anyway.

So I guess that means that Uber needs to ban itself from using its service.

This is not surprising coming from a company which proposed to spy on journalists that wrote negatively about Uber, sabotaged their opposition, consistently infringes on user privacy, and treats the security of their user data with cavalier abandon.

To add further insult to injury, the new rule came into effect despite an Uber driver with a conceal carry permit shooting a 22-year old man who opened fire on a group of pedestrians in Chicago, and so doing stopped a potential mass shooting in its tracks.

A good guy with a gun stopping a bad guy with a gun is clearly not reason enough for Uber to actually allow their users ride armed. As Conceal Carry Nation puts it: “As a reward for saving lives with a gun, no more guns for you.” – Uber

I’m sorry Uber, but you can fuck right off.

There are no Safe Places… 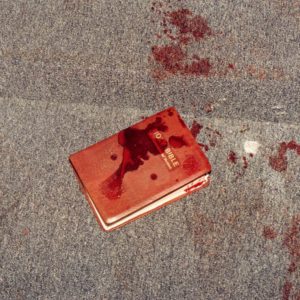