South Africa entered lockdown at midnight on 26 March. It is an unprecedented event, and it will have colossal social and economic consequences. Equally so, the impact on our civil liberties has been swift, far-reaching, and catastrophic. We are now prisoners within our own homes. And the authorities have demonstrated utter ineptitude as they clumsily stumble through their arbitrary enforcement of the lockdown regulations. Regulations that are as insensible and poorly-composed as the people tasked with applying them. With no end yet in sight, the future does not look particularly rosy.

A lockdown more brutal and deadly than the virus

It took 11 days of lockdown for the COVID-19 virus to finally kill more people than the SAPS. The police killed 8 citizens between 27 March and 2 April – more than one per day. Now, some of the deceased were clearly up to no good when they met their demise. But in other cases the police outright committed murder. It is telling that by 3 April, a mere 7 days into lockdown, IPID was already investigating 39 criminal complaints against the SAPS. Additionally, the media reports widespread and escalating police brutality, mostly aimed against the most vulnerable segments of our society: the poor, and the homeless.

Why are the authorities brutalising these people? What crime did they commit? They were outside.

We need a steady hand and a clear head to apply leadership during this time of crisis. Unfortunately Bheki Cele, our Minister of Police, is not that man. Instead he reacted to the criminal complaints against the police in a scandalously disgraceful manner.

He claimed a man who died after being assaulted by police officers succumbed to a heart attack, and not due to police brutality. This in spite of the police savagely beating him and electrocuting him with a taser-device. Disingenuous denials not being enough, he also made dismissive and insensitive comments about a police officer raping his wife. The latter incident resulted in the DA branding him a “rape apologist”, and not undeservedly so. This is hardly the type of conduct we expect from someone supposedly upholding the dignity of his office.

However, for those of you who have been paying attention to the man, this behaviour is totally in-character for Bheki Cele.

Bheki “Shoot-to-Kill” Cele is behaving like a circus ringmaster, not a police minister. And he clearly enjoys his newfound celebrity. Unfortunately this means he is treating citizens as if we were children. He relishes every opportunity to lecture the public about how we are not allowed to purchase cigarettes or alcohol. And that if he had his way, the ban on alcohol will extend far beyond the lockdown. He arrogantly pontificates – instructing law enforcement to “defend those people who cannot defend themselves against themselves” – as if we are too infantile and irresponsible to think for ourselves. And like a typical abusive narcissist, he gaslights the victims of police brutality by turning them into the perpetrators: “I hear them (people) crying that cops and soldiers are brutal. Not listening to us is brutality.”

He also loves telling us about how many thousands of people his police arrested for busting lockdown regulations. And going after purveyors of “fake news”. Sadly, he is entirely incapable of bragging about the SAPS being successful at catching real criminals. It requires some competence and dedication to arrest hardened and dangerous offenders. Bringing corrupt politicians and government officials to book is equally outside the SAPS skillset. Going after ordinary citizens and kids who post videos on social media is about all the police appear capable of handling. But I suppose he needs to manufacture something to be proud of, since it doesn’t come naturally to his disgraced department.

Least of all under his “corrupt, dishonest, and menacing” excuse for leadership.

Unfortunately this tyrannical behaviour isn’t the exclusive domain of the SAPS and their boss. The SANDF have acted equally atrociously. Soldiers forcing citizens to do PT exercises at gunpoint, assaulting them, and shooting their dogs isn’t part of the SANDF mandate last time I checked. The Minister of Defence, Nosiviwe Mapisa-Nqakula, bemoaned the SANDF’s use of “excessive force”, but in the same breath blamed the public for “provoking” the soldiers. This intellectual dishonesty is, of course, typical government behaviour – the SANDF denies that they shot a dog in Cape Town’s southern suburbs. In spite of video footage clearly showing a man in military uniform with an R4 doing the shooting. Now who else would that be, Minister?

Both the SAPS and SANDF have disgraced their constitutional mandates and behaved in a reprehensible manner. They appear to have forgotten that they serve the people, and not the other way around. Yet thus far they have faced no consequences for their excess.

Equally stupid and “kragdadig” is Limpopo Health MEC Phophi Ramatuba, who forcibly quarantined two doctors who placed themselves into self-isolation after testing positive for COVID-19. The SAPS  removed them from their homes, and transported them to a TB hospital. Only after the doctors approached the courts did they manage to secure their release. There was no rational or reasonable motive for this type of action. In fact, it can only serve to be toxically counterproductive by discouraging people to go for testing or disclosing their status. Ramatuba is either too braindead to grasp this simple concept of the Law of Unintended Consequences, or she is a power-drunk tyrant throwing her weight around. Regardless, she is a disgrace to her office and should be suspended and fired.

These events paint an atrocious picture of frightening government overreach and tyranny. And it is merely the tip of the proverbial iceberg. Many cases of the authorities abusing their powers go unreported or unnoticed due to the utter pandemonium of the lockdown. The truth is further obfuscated by the police and military intimidating journalists and preventing them from doing their work. Add to this the government threatening to prosecute anyone who spreads so-called “fake news”, and it is frankly impossible for us to be adequately appraised of the situation.

Government has murdered our civil rights. We are under house-arrest, censored, incapable of buying anything other than basic groceries, and prohibited from traveling. And there is no indication when or if we will get our rights back. Yet many ordinary people cheer the authorities abusing their powers. They don’t seem to understand that tomorrow it may be their turn to be criminally abused or murdered by thugs in uniform. It is a damning indictment of our society that we have turned into Stasi informants spying on our neighbours.

In this quagmire of chaos, uncertainty, and fear our already ailing economy is being curb-stomped. For many people there will be no recovery from the economic consequences. Adding insult to injury, our leaders are demonstrating a complete lack of leadership. They boast about giving themselves a 30% “pay-cut” while the rest of us take a 100% one. There is no clear communication, only emotional panhandling and pleas of “thuma mina”. None of this will help the millions of unemployed put bread on their tables. A situation that will only get worse, and add sparks to the volatile powder keg that is our broken, impoverished, and desperate society.

The coming destitution and popular explosion will likely kill far more people than the virus will.

Cele (and the ANC) must go

In this milieu Bheki Cele is the actor who concerns me the most. He has an aggressively authoritarian persona, and has repeatedly expressed his desire to disarm civilians. Cele is leveraging the crisis for all its worth to demonstrate how much of a “strong man” he is. Possibly because he holds aspirations for a higher office. This infers that he will only double-down on his thuggish tactics, for backing-off and adopting a more sensible approach puts him at risk of looking weak. Cele is deploying an iron fist against citizens, and is ruling via force and fear – not rhyme and reason. It is almost as if the man intends to arrest the coronavirus by use of R4s and handcuffs. At least one can easily conclude such, judging by his bombastic comments telling us we are “at war”.

Bheki Cele is a corrupt, incompetent, and tyrannical disgrace to his office. He is also a creation of the ANC. And they need to bring their Stasi kommisar to heel.

If Cyril Ramaphosa is not going to pull Cele’s choke-chain, he will have another Marikana Massacre on his hands before long. The question is whether Ramaphosa is too weak and indecisive to act, or if he actually supports Cele’s brutal authoritarianism. Either way, hunger and desperation already simmering among the poor and disenfranchised will be pushed to boiling point by an extended lockdown. And when the pot boils over, there will be no way to contain it.

You may think the lockdown is a necessary evil to save us from COVID-19. Maybe that is so. But if the lockdown irrecoverably destroys our civil rights, our economy, and our society – what is the point of surviving the virus?

Observations Regarding a Socially… 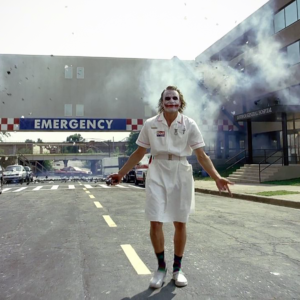 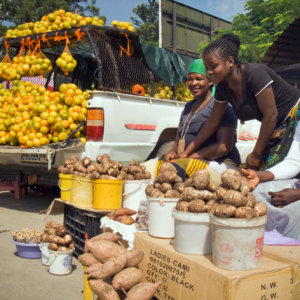