The 2016 Municipal Elections are done and dusted. South Africans from all walks of life are trying to make sense of the results after what has potentially been a watershed moment in South African politics. The focus of these elections and the preceding campaigning has understandably been firmly fixed on local governance and service delivery issues, but if one takes a wider view it becomes clear that you cannot separate local from national policy as far as political parties are concerned.

National policy such as that of our different political parties regarding firearm ownership and gun rights.

The DA have repeatedly failed to provide any clear-cut clarity as to their position on civilian firearm ownership, and has as of present not formulated any meaningful firearm policy. For myself as a near-single-issue-voter this is a glaring oversight from the official opposition, and I would like to see it rectified. As far as their participation in the Parliamentary Portfolio Committee is concerned, I have also yet to see them vocally stand up for our rights whenever government attempts to trample said rights into the carpet.

The ruling party is clearly of an anti-gun sentiment, hence their repeated fraternisation with organisations such as Gun-Free South Africa and their insistence on pushing ever more restrictive firearms legislation down our collective throats. If there is a single party in the South African political spectrum that has actively sought to make an enemy of South African gun owners, it is the ANC. Only massive pressure from individual ANC members and voters will turn this sentiment around, and I hope that those of them who own guns step up to the plate and make their voices heard.

The third big player in South African politics, and a vitally important one considering their considerable influence pertaining to coalition governments after the election, is the EFF. As of this moment the EFF has not formulated an official firearm policy, and they have not been vocal enough to reveal their sentiments or intentions. There are, however, many EFF members who have also become members of Gun Owners of South Africa, which would lead me to believe that civilian gun rights may be a very important issue for them. Tweets from senior EFF members further reinforce this belief, and I await with baited breath to see what they come up with.

Regardless of who they are, the day any South African political party stands up for civilian gun rights and firearm ownership, you will read about it here. I will gladly give positive coverage and due credit to any party or organisation that does so, be they the DA, the EFF, and even the ANC. In fact, nothing would make me happier than doing so.

In order for this to happen, for such things very rarely occur out of themselves, it will require vocal members of the electorate to lobby their respective parties and put pressure on them to do the right thing.

Therefore, in short: if you want to read about your chosen political party on here, don’t write me a letter complaining about a lack of coverage. Instead write your party a letter demanding they actually actively represent your interests for a change. Or better yet, call them and badger them ceaselessly. A few thousand people doing so is a very difficult thing to ignore.

Of course shooting has a… 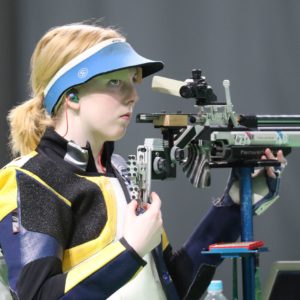