When we think of the Black Market, we normally envision the drug trade, the sex trade, and maybe cigarettes.  As well as the accompanying smuggling, corruption, and violence. A black market is undoubtedly a bad thing.

Government has banned street traders who sell fruit and vegetables in order to make enough money to survive from day-to-day. They have created a situation where the trade in spinach or potatoes is illegal for anyone they disapprove of. So when those desperate individuals keep trading, they are trading in a type of black market.

Many would speak to the importance of following government instructions on this subject. But if we look at the facts, there is little to no chance these measures will work as planned. The same rules that banned the sale of alcohol now ban the sale of electronic equipment vital to the continued functioning of businesses.

So, what will the future bring? People need routers, and keyboards, and replacement parts. How long will it take to develop a market outside normal channels? Might it not be happening already? I know there is presently a fair amount of trade in cigarettes taking place. (I would wager it is a booming trade – Ed.)

I’m very carefully avoiding any contact with it, and as a non-smoker it’s easy. When they question me with the jumper cables, I can’t tell them what I don’t know. For the record – I will never kill myself by jumping out a police station window. You might land on someone’s lost dog. It’s not like they could go look for it if it gets out right now.

But why should we let the corrupt and violent lead the way in creating a market not regulated by the government? The black market, for all its negative aspects, is the one truly free market. No tax, no price fixing, and no government interference on trading hours. It’s pure capitalism. We all claim to be in favour of free trade. And what is a greater act of nonviolent resistance than continuing to trade when government suppresses a market?

One downside is the unholy price increases sure to follow. If I must drive a long circuitous route, or go where only a 4×4 can go, to deliver a case of whiskey, it’ll cost you a lot more. The webcam I need to earn an income now that I must work online can only get to me through several intermediaries. So, if I want to earn money, I must spend it. I don’t have a choice.

The human animal is a pattern-seeking machine. We repeat patterns that work. We change ones that don’t. The pattern of paying taxes, and trading in a regulated manner, has now been broken. As soon as we build a new pattern of thinking, how likely are people to return to an old pattern? Especially if that old pattern is less advantageous to them as individuals?

I suck at math. If it can’t be done on a basic calculator, don’t even talk to me about it. But I wish I could calculate the following:

While there is the absolute certainty of a decline, government is spending how much on this lockdown? Less money going in, and more going out. Additionally, we have increased costs due to the downgrade, the global recession, et cetera.

The growth of an unregulated backroom market is inevitable. Now, when it’s selling heroine or stolen TVs I think we can all agree it’s bad. But when someone sells food, or tools, or legitimately-obtained products – how is it unethical to ignore and avoid the government official sent to stop you?

Law and Order is this ideal that many see as the greatest of human achievements. It’s the measure of civilisation. But if laws act against the interests of the moral and ethically upstanding citizen, is it civilised? One of the most ordered and law-abiding places in any city will be the graveyard.

So, let’s think in different terms. Terms dictated by survival. When the black market expands, let us take a moment to think before we start screaming for the authorities to imprison until-recently-mostly-honest people. Instead of thinking about a black market as a bad thing, let consider the potential for free trade not subject to the whims of officials occupying positions due more to political connections than any real expertise.

It need not even be a currency-based economy. Fair trade is called that because we trade one desirable thing for another. Nowhere is it written it must always be currency.

Well, actually it is written. But it’s written by the same people who want to take a minimum of 15% of what you make on the deal. And they can’t accept cabbages as payment, so they force us into using their payment method – Rands.

Be that as it may, I look forward to the time I can trade the tomatoes and the sweet potatoes I grow for beans and the oranges my neighbour grows. It’s completely voluntary, entirely equitable to both parties, and government has absolute no say in what we do. Even if they think they do. It’s the very definition of free market trade even if it sounds “socialistic”.

The difference between the thug shooting you for planting carrots and not opium poppies, and the thug shooting you for selling those carrots on the street corner, is really just one of semantics. In a market under duress, the opium seller will undoubtedly win. They have been acting outside the law since day one. And they are happy to use violence to further their goals. Hence they will push out the more reasoned person and take over all aspects of trade.

We can let this happen, or we can use market forces to support the carrot seller and not the opium seller. It comes down to what we see as ethical. If you believe we can only act ethically if we follow government instructions, then we must do things one way. But if we view ethics as the basis by which those government instructions should be issued, then we can look past the current status quo into what can be a great opportunity. 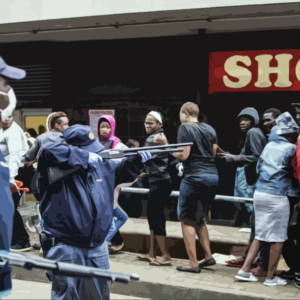 Lockdown and Liberty - Government is Murdering our Civil Rights 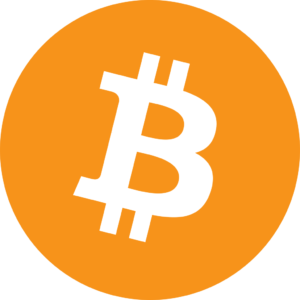