South Africans have become a nation of conditioned victims. We are angry at our impotence in the face of urban terror, yet completely unwilling to do anything about it. The vast majority of citizens carry no means of self-protection against rising, crippling crime. Instead, we are fed the ludicrous lie that in order to vanquish crime we need to disarm ourselves. The South African Police Service (SAPS) place adverts in newspapers stating that the guns we purchase for self-protection are the biggest threat to the country’s social stability. We are scolded that it’s very easy for criminals to get their hands on them. They allege that the vast majority of illegally-owned firearms are sourced from legal gun owners.

Yet, according to the Minister of Police, the guns that criminals use against us are the same ones law-abiding firearm owners surrendered to the SAPS post 2007. Even worse, some are guns that were issued to the SAPS and SANDF. These new criminal guns were sold and rented-out to the very people we are trying to protect ourselves from. And they were sold and rented-out by the very people who are supposed to be protecting us.

The irony would be laughable if it was not at the expense of dead and maimed fellow South Africans. With all the threats to our well-being and our way of life, groups like Gun-Free South Africa still stand upon their soap boxes and proclaim that resistance is not the answer. They suggest that vicious criminals can be reasoned with. These organisations have no proven or practical solution, only theories. And dangerous theories at that, because they go directly against observed human nature and instead grasp at lofty ideals.

We listen enraptured to these learned professors that are unwilling to fight back or take a physical stand. We convince ourselves that their suggested course of action is somehow best. Agreeing with them is easy, because it entails no sacrifice on our part. Yet, if we stand back and allow evil to happen, because we have no means of resistance to prevent it, do we believe that there will be no judgment against us? With all the clamouring that something be must be done, the only proactive solution that our elected politicians and the SAPS top brass can come up with is to disarm the victims? Instead of law-enforcement aligning and supporting those willing to protect themselves, they berate us for owning guns.

This unjust culture is exacerbated by our Minister of Police, Fikile Mbalula. He still refuses to repent on his statements to “crush the balls of criminals and make them drink their own urine.” By the same token he also claims that “criminals have too many rights in South Africa and that these rights should be forfeit.”

Minister Mbalula in a Sunday Times interview states that, in his mind, Vietnam is the best example of a successful gun-free nation. This is the same Vietnam that is ruled as a one-party state, and is repeatedly condemned by the United Nations for gross human rights violations. The same Vietnam where authorities restrict basic rights, including freedom of speech, opinion, association, and assembly. A country where all religious groups have to register with the government and operate under surveillance. And this is the Minister’s example of a shining success story?

Consequently, the Minister sweeps aside firearms as a legitimate tool of self-defence by South Africans by repeating the lie that “your gun is a danger to you because it can be used against you by criminals.” He further concedes that when they remove guns from citizens they “will have to increase the arms to the police force.” In order to appear tough on crime the police launch raids against private citizens who have forgotten to reactivate existing firearm licenses.

Make no mistake, history will judge harshly our foolishly passive resistance to the criminals that stalk us as prey. But it will more harshly judge those in power who are charged to protect us, but choose to rather tie our hands from protecting ourselves.

Criminals would prefer an unarmed public. Is it too much to ask that SAPS and Mbalula not play the same fiddle?

Written by Alan Marthezé. Originally published by IOL on 2 November.

Alan wrote this in his capacity as a spokesman for Gun Owners SA (GOSA). He works for City Guns in Cape Town.

The Bitter Truth About… 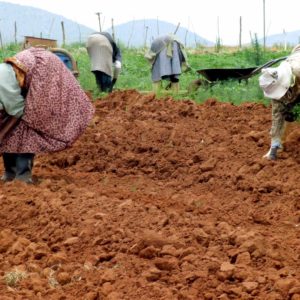 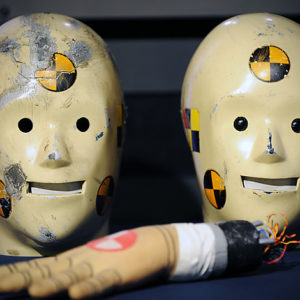