Oh my sweaty cr….socks. How often have you seen this crop up in conversation? Typically it is part of a thread in an online forum pertaining to “which gun should I get for the little lady?”.

For those that haven’t seen an example of this, let me give a little background. Firearm owners in SA (and I am generalising here) seem to operate on some form of inverse bell curve. At one end of the scale you have those who are active shooters. And I mean really active. Think competitions every few weeks, practice at least every weekend in between, and dryfire at home. (No! Not that kind of dry firing. -Ed.) Or else they may be more hunting-oriented, long range shooting, or similar disciplines, where the evenings are spent with a slide rule and notebook calculating optimum barrel time and nodes for every single temperature imaginable. Regardless of the discipline, research, self-learning, and analysis of alternate ways of doing things seems to be a common theme. Some have been “operating” for many years, others are relatively new to the game. But in general, people do a lot of homework before investing in any equipment or methods. As a result, crap ideas are tested and discarded.

At the other end of the spectrum you have the person who has likely only ever bought one gun. They often selected that gun because it was:

There was little to no research done. Consequently, the gun, and a box of 50 rounds went home, was loaded up and probably never shot. In fact, it may not even have been carried, destined to be a safe queen forever (or safe royalty if you prefer politically correct gender neutrality).

In between these you have the vast majority of owners who may have bought one or 2 guns for different applications, have done a quick bit of research (a.k.a. Youtube gun reviews), know which end of the gun is the pointy end, and may well be very vocal about their choices in online fora.

Now consider that varied range of experience above. When questions are asked on the various social media platforms and fora, advice and responses are offered. The responders may be relatively anonymous, in the case of forum members, or pretty unknown to the original poster on social media. And because of the bell curve described above, you typically do not know where the respondent falls. No, not all advice is in fact equal. Opinions are not all as valid as each other. If I was buying a car, I would not be taking advice from my preteen son, as I would be steered towards a Bugatti Veyron, regardless of how impractical it is, because it is fast. And COOOL!

So now we come to the question. It is typically phrased along the lines of:

Queue the answers. First reference from those in the know is to paste the link to the paratus article “Choosing your defensive handgun”. There are sometimes a couple of questions back to the OP clarifying whether it is in fact a gun for Self Defence which they are needing.

There will be one post relatively early on summarising the paratus article as follows:

“Find something which is reliable, and well supported in South Africa, and for which accessories are readily available” or some variation thereof.

Then there will be 2 distinct subthreads or subtones which follow. The first will be the standard Glock vs. CZ pissing contest. This will get completely out of hand, feelings will be hurt and two or three participants will get banned, either temporarily or permanently.

The second will be a string of folks who most likely come from the middle of our bell curve, who will simply reply with what blaster they happen to have bought. Zero context, just the name. “155mm G5 Howitzer”, “Nambu Type 94”.

Not all of these guns listed are necessarily bad choices. Some will be excellent choices, with good backup and support. Some will be spectacular guns, but really lacking in the support department (thanks very much German government!). Unfortunately, many will be guns with questionable reliability and a distinct lack of support. And this is not just because they are old guns and out of production. It is this last category for the most part which interests us.

Q. Have you checked what the local support is like for spares?

Q. Guns are machines, they will all break at some point. Even if they don’t, do you do preventative maintenance?

Q. What about replacing springs and other wear items?

A. It is a “Insert Brand Here”, it has never failed.

Q. Doesn’t break? How many rounds through it?

AND HERE IS WHERE WE GET INTO THE MEAT:

A. I have had it for x years. It has less than 200 rounds through it, and in that time it has never had a single failure. I don’t need to shoot it more, it is JUST FOR SD!

This is the point at which I typically want to cry. When it is the third or fourth time in the same day, usually a Friday, I want to curl up in the corner and suck on a bottle of Tamdhu. Through a teat.

It may continue with a couple of probing follow ups:

Q. Such a low count, how do you practice?

A. I don’t need to practice, it is JUST FOR SD!

Q. How about training?

A. Training? But it is JUST FOR SD!

Q. Avaliability of holsters and things?

A. Not a problem, I use it at home only, and JUST FOR SD!

Let’s think about this for a minute. If you are serious about Self Defence, which I would hope you are since you bought a damned gun for it, then you need to think this through very carefully. So, let’s break the above responses down a little:

The possibility of needing to act in self defence (in SA at least) exists pretty much 24/7/365.25. Even that extra quarter day contributing towards leap years is at risk. I therefore want a gun that will be available to me for that entire period. So I research and come up with a shortlist of bland, soulless looking guns, but which have a high reputation for reliability. This for me automatically excludes one of the most commonly touted guns (Perhaps the Latin should have been for BS rather than Bull), simply because their QC is incredibly spotty. One person may have many thousands of rounds happily though it, and the next person’s breaks after 200 rounds.

And being realistic, I realise that being a manmade object/machine, there is a chance that it may, in fact, break at some point. I need to be able to repair something that does break in the shortest possible time. This means something with after sales support, i.e spares are readily available, and any gunsmith is able to fix them. Here we are narrowing down our possible choices in SA even further. German guns like the H&K series are spectacular. I have yet to meet an owner unhappy with the actual gun. But mention spares, and that vein in their forehead starts visibly pulsing as they change hue to a sort of dark pink. Because great as they are, spares can be unobtanium. This may be a result of government policies as is the case with Germany, or poor support from local agents.

It is not a car, it doesn’t need maintenance

This one is a little bit of a catch 22. All manufacturers will have specified replacement intervals for consumable parts, primarily springs. These are low cost parts yet they save you from breaking high cost parts, such as slides. The catch is that you do actually need to shoot the gun to get to the round counts needed for parts replacement. See the next points for a little more on that. However, when you do need those service parts, remember the aftermarket support. Or do like certain experienced owners will do: order things well in advance of needing them. Essentially build up your own spare parts supply.

I don’t need to shoot it more, it is JUST FOR SD!

Shooting is easy. We have probably all seen the video of a monkey/chimp doing it (Insert youtube clip here?). Shooting well is not a natural skill. It is loud, obnoxious, violent (in the sense of recoil impact, etc.) all condensed into a very short space of time. On a static range, you may have all the time in the world to line up your sights, figure out your grip, control your breathing, and you still miss the X. Running and gunning sports help a lot  in understanding how to be safe, but more importantly how to manipulate you firearm. But in order to these, even the former, you actually have to shoot. It is a perishable skill. To achieve, and then maintain a skill, you need to actually practice it. Yes, there are always anomalies in the stories you hear, but ultimately a better practiced person is likely to do better than a lesser practised person. YOU NEED TO SHOOT!

Training? But it is JUST FOR SD!

Couple this perishable skill with the need to figure out where, when and how you may need to use your firearm for self-defence.  Can you draw from concealment (you don’t typically find that in any sport)? Can you draw from concealment single handed? Whilst fending off an attacker intent on perforating you? Can you operate your gun with hands slippery from the fluids that are meant to be inside you now being on your palms? Training is crucial in multiple aspects, be they the gun, the combatatives, general awareness of surroundings, or medical skills. There are numerous articles on this site on training so I am not going to go into detail on where to train or with whom. Suffice to say training is a critical part of your preparedness. Training allows you to identify weaknesses, and address those or come up with alternatives to counter those weaknesses. From training, you then practice implementing those plans and lessons learned.

You need to be training. You need to be practicing. Shoot your gun until you are familiar with it, and then keep shooting to maintain that familiarity. Although out of scope of the gun portion, look at medical skills, even basic ones. Learn how to keep the fluids on the inside where they belong if at all possible. But if for some reason they don’t stay there, then learn how to function even in those adverse situations. You may think you exist in a state of “Code Red” as much as you like, but the odds are that you may take a hit or cut. Ask Moomin.

In short, there needs to be a change in mindset for many. There should never be the statement made of “Just for SD”.

The statement should be “BECAUSE it is for SD!”

Cockroach is relatively new to the world of guns, only a couple of years into it. He trains and practises less than he would like, helps administer a few online groups, and is a staunch advocate of GOSA. He is abrasive and often obnoxious, but is always willing to listen and learn from reasoned thinking. Secretly, he really wants a Nambu.

The Fudd: why they… 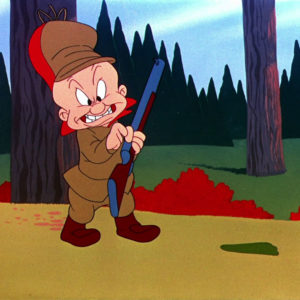 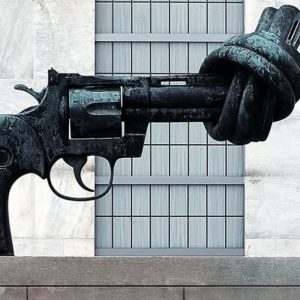