It is with no small amount of concern that I regard the Minister of Police’s calls for SANDF soldiers to be deployed to so-called “criminal hotspots” in Gauteng and the Western Cape. The SANDF is tasked foremostly with the performance of various military operations. The purpose of an army is to fight primarily on land and, if I am allowed to severely oversimplify its actions, it will do so by deploying, manoeuvring, and then finding and killing the enemy. Its personnel are trained with this in mind. What they are not trained to do, is to perform the actions and duties of police. Soldiers of the SANDF are not trained nor proficient in the nuances of the law and law enforcement, such as arrest technique and the Criminal Procedures Act. Neither are they familiar with many of the important responsibilities police officers consider routine. Using military personnel in a law enforcement role is a terrible idea, and it is certain to have undesirable consequences that will cause far more harm than good.

In March 2014 SANDF soldiers on an exercise in Port St. Johns intervened during a cash-in-transit heist and shot a security guard dead. Aaron Mbhele, a SBV security guard, was involved in a gun fight with 10 heavily armed robbers. He succeeded in shooting three of them before the remainder fled the scene. The soldiers then arrived roughly four minutes later and proceeded to shoot Mbhele 37 times, resulting in his death. A member of the public was also wounded by the volley of bullets. The SANDF maintained that it was a case of mistaken identity.

A similar incident of mistaken identity occurred again, this time in July 2015 on the Mozambican border when SANDF soldiers ambushed SAPS and vehicle-tracking operatives who were in pursuit of a hijacked truck. Despite their vehicles being perforated by bullets, the police and security personnel managed to escape the incident unharmed. The consequence of the SANDF interference was that four armed hijackers managed to escape their pursuers. The soldiers fired more than 40 shots at the police vehicle, despite its emergency lights flashing.

It goes without saying that the military is not suitable for use in a law enforcement role, and especially not in a densely-populated urban or suburban environment.

The calls by Minister Mbalula for the army to be deployed to the communities in question reeks of populism, especially when considering his recent ill-spoken comments regarding suspected criminals having their balls crushed and force-fed their own urine by police officers. In the meantime there have been no indications that the SAPS anti-gang and anti-drug specialist units, which were both disbanded in 2004, will be reinstated. Despite repeated calls from opposition parties that this be done, and data showing that drug-related crime has increased by 181% between 2004 and 2012, the SAPS remain toothless to address these criminal scourges plaguing society. To make matters worse, the SAPS announced in its 2017/2018 performance plan that it intends to reduce its personnel number by 3000 officers by 2020.

The SAPS has lacked quality leadership for more years than I can remember. The service is plagued by corruption, ineptitude, and a lack of resources and skilled personnel. Attempts at reforming it have been stubbornly resisted by both government officials and prominent members of senior SAPS management. The recent scandals pertaining to police officers supplying criminals with firearms is but the tip of a particularly rancid iceberg. Asking for the SANDF to become involved in crime fighting is a convenient distraction. It creates the misleading impression that action is being taken. However, before heaping praise on the good Minister’s tough-talking, perhaps we should rather understand that we better be careful what we wish for.

Gideon is the owner and editor of Gunservant.com and its new home, Paratus. He started blogging about firearm ownership rights and other related topics on 11 August 2014, and the experience up until this point has nearly expelled the last of his bats from the belfry. 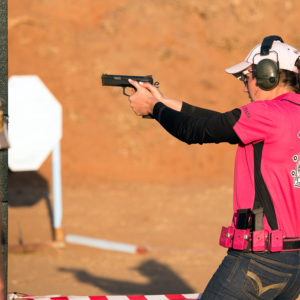 Yes - Women and Youngsters Can Shoot Better Than You 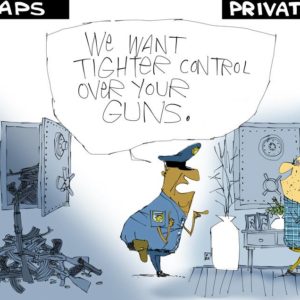