Most people do not enjoy being overly political. We see politics as a dirty game mostly played by dishonest people. But politics is like the devil: just because you don’t believe in him, doesn’t mean he doesn’t believe in you. Gun owners, and the sport shooting community, often fall prey to such apolitical thinking. And it is very much to our collective detriment.

Firearm Owners United recently published an excellent piece about the dangers of political apathy among sport shooters. Particularly ones in Britain, Australia, and the European Union. Politicians and bureaucrats have succeeded in eroding firearm rights to such an extent that sport shooting disciplines have been removed as events from the upcoming Commonwealth Games. Sadly this is not new. Deep-seated hoplophobic sentiments among Britons, Europeans, and Australians in general have led to this becoming reality. Are shooting sports still safe at the Olympics? I don’t think we can assume they are.

And it won’t necessarily end there.

As long as we stay apolitical and apathetic things will continue to deteriorate. Most people just want to be left alone. They want to shoot their guns in peace. We think that because we don’t mean anyone else harm, they will return the favour. But such thinking isn’t good enough anymore. It hasn’t been good enough for at least 20 years. There are policymakers and special interest groups who want to take our guns away. And they are trying to do it under the smokescreen of “common sense gun control” and other dubiously termed campaigns.

Some people beat their chests like silverback gorillas and scream indignantly that this will never happen. Come try and take my guns, they say with hyperbolic levels of bravado. Ignoring the obvious fact that this is exactly what happened in the UK and Australia. Arrogance and apathy are a deadly combination for gun owners to suffer from.

But how can you make a difference?

We forget that the real power lies with us, the citizens. Special interest groups and self-serving bureaucrats only get away with their schemes because we allow them to.

Remember, politicians are vote-maximising agents. The key to their income, power, and prestige lies in the hands of the electorate. And we are the electorate. The gun owning community stands around 2.5 million strong, and that is a conservative estimate. We are thus in a powerful position to project influence. But for that to happen we need to combine resources and coordinate our efforts. We need to pick up the phone and call our political representatives. We need to write letters to our Members of Parliament and tell them what we want. And we need to let go of this expectation that others will do it for us.

Firearm rights organisations are wonderful at representing their members’ interests. However, they are only as powerful and effective as their members allow them to be. These organisations mostly run off volunteers. There is thus a definite limit to what they can realistically do. The onus is on you to get up and become involved in the fight for your rights.

A wonderful advantage of the South African firearm owning community, is that it is incredibly diverse. We cut across political, cultural, and religious spectrums. There is not a single political party that can afford to ignore us. If they do they run the risk of alienating a potentially powerful segment of their voter base. One aggrieved voter (who happens to be a gun owner) can spread their displeasure and take another 9 voters with them. But for this attribute to be transformed into a meaningful lever of influence we must ensure the politicians know about our intentions.

This is why we need to get political.

During my involvement with Gun Owners of SA (GOSA) I have seen this lever used to great effect. Members of the Parliamentary Portfolio Committee on Policing have begun to treat us as an asset. They see value in the gun owning community to help guide policy decisions. They appear to understand that we are stakeholders in this process, not adversaries to be sidelined. The fight has evolved from where it was in the 1990s. But it didn’t get here by itself, nor by accident.

Things have changed because more and more people have decided to constructively participate. If we can continue along these lines, maybe one day we will go from a gun free to a gun friendly South Africa. I personally would really like that.

The choice is ours.

Why you shouldn't buy… 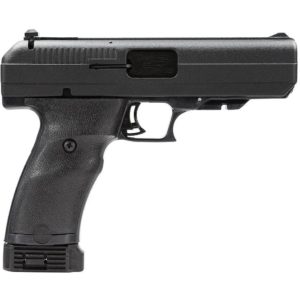 Why you shouldn't buy a Glock