It has been a bad week for home invaders in South Africa.

In the last week of September a whole gang was sent packing by a man in his underpants. I am happy to report that the trend has indeed continued, albeit with considerably more clothing involved.

The first incident pertains to a Nelspruit (Mbombela) guest house owner who saved his daughter from being raped. At around 04:30 AM on Sunday 5 October the owner of Jock’s Guesthouse heard screams from the flat in which his daughter lives, which is on his property. He grabbed his gun to go investigate. Upon approaching his daughter’s flat, he saw two home invaders holding her at knifepoint. He shouted at them to freeze, and one of the criminals commenced shooting at him. The guesthouse owner returned fire with superior accuracy. The wounded criminal took a dive through the flat’s window, dropped his gun and ran for the boundary wall. He didn’t quite make it, and died on the scene, having been shot through the heart and lungs. His scumbag colleague managed to grab the fallen firearm and escape. Unfortunately.

The SAPS have opened an inquest docket, and are investigating a case of attempted murder since the guesthouse owner was fired upon by the perpetrator. The daughter was injured during the attack, but fortunately not seriously. Dad did good. Real good! Well done sir.

Considering how many violent home invasions, robberies, and rapes have been plaguing the Lowveld as of late, it is wonderful to see citizens fighting back and protecting themselves and their loved ones.

The second incident occurred last night (7 October), and details are still sketchy at best. What we do know, is that five home invaders tried to hit a house in Bedfordview at around 10:30 PM. They picked the wrong house…oh boy, did they pick the wrong house. The home owner is also a gun owner, and by the sounds of it he is not the sort of man who believes a gun belongs in the safe. He also probably uses a Puff adder for a belt. The end result is that two perps ended up dead, and the remaining three high-tailed it like a horse running on turpentine.

Hopefully as the story develops I can link in some updates. For now all I can say is respect to this gentleman. Well frigging done! 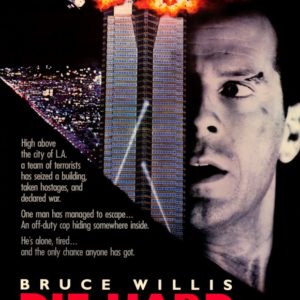