In Re: The judgement of the Constitutional Court on renewal of firearm licenses

1. As discussed today with Brigadier van der Walt, pursuant to the request by Major-General Masemola to Mr. Paul Oxley in his capacity as chairperson of GOSA (Gun Owners of South Africa), I address this letter to you concerning the discussions on the topic during today’s session of the Parliamentary Portfolio Committee of Police, as the request by Major-General Masemola was that GOSA’s legal team should reach out to the legal team of the SAPS on this issue before the SAPS make take any further steps in issuing a directive on the matter.

2. As you are no doubt aware, the Constitutional Court affirmed the constitutionality of certain portions of sections 24 and 28 of the Firearms Control Act, Act 60 of 2000 (“the FCA”) vis-à-vis some of the other sections, which has and will have a devastating impact on a large section of our population (with more than 400 000 expired licenses) and has the very strong potential of causing societal upheaval, chaos and lawlessness.

3. Ordinary, law-abiding citizens have been turned into criminals and face losing their property. Perhaps, at this juncture we need to examine those more than 400 000 people and determine why they failed to renew their licenses expeditiously. Their reasons for failing to renew differ radically.

4. We can speculate that there may, indeed, be a segment of those more than 400 000 people who purposefully failed to renew, but there are many who may have been incapable of presenting themselves at the SAPS to accomplish their renewal application.

5. This would include people working or living overseas, travelers who were out of the country at the time, even those who were hospitalised or in other ways not able to present themselves.

6. There are, of course, likely to be those who just plain forgot, but our experience with handling hundreds if not thousands of enquiries over the last couple of years tells us that there are tens if not hundreds of thousands of people who were prevented from relicensing on time by some DFO’s themselves!

7. In many cases our members have been turned away from police stations when they went to re-license (well before the 90–day period) because “they were too early”, the DFOs refused to accept early applications because it was an additional and unwelcome strain on their workload. In thousands of instances the license-holders were told that they first had to renew their competencies before they could apply for renewal of the licenses (a base misunderstanding on SAPS’s part about the difference between new licenses – where this is applicable – and renewal of existing licenses). After several months when the license-holders returned with their renewed competencies they were invariably told that their licenses had now expired and they would have to “wait for the court case/amnesty”.

9. Already social media is lit up with normal people deeply angered by this judgement and what they see as a draconian injustice. A government governs by the consent of the people, and when that consent is lost, the legitimacy of the government and its courts is also lost. The situation could not be more serious or urgent.

10. GOSA attempted to intervene in the matter as an amicus and to provide a sensible solution to the matter, but this was rejected. A copy of our application has been provided to you in a separate email.

12. Prior to intervening, GOSA applied in terms of the Promotion of Access to Information Act to the SAPS for details on licensing. This was rejected by the SAPS on spurious grounds, and we proceeded to apply to the Court without that information. A copy of our PAIA application and the response from the SAPS has also been provided to you.

13. The information requested from the SAPS is ordinary operational information and ought to be readily available electronically, if the SAPS have complied with the Firearms Control Act.

14. The SAPS did not put this information before the Court, and the full extent of the administrative challenges that the SAPS face in administering the challenges as posed by the FCA, remains an issue of significant concern to GOSA as an organisation.

15. The Firearms Control Act was based on Canada’s Long Gun Registry and the New Zealand equivalent. Both systems have been dispensed with as expensive failures.

16. GOSA has for years demonstrated that licensing each firearm is unnecessarily expensive and unsustainable administratively, echoing all the reasons for failure of the laws upon which it was modelled.

17. South Africa must take heed of the lessons learned and approach the current problem accordingly.

18. We are informed that the SAPS have a maximum capacity of processing 12 000applications per month (or 144 000 per year) which has been gleaned from previous presentations by the SAPS to parliament.

19. We further believe that at least 400 000 people will be affected by the Constitutional Court judgement. They will be criminalized and face having their personal property confiscated. But first the SAPS must take each firearm into custody, analyse its heritage value and test it ballistically. Further, the affected persons will no doubt apply for renewals anyway, which will place a minimum burden of the SAPS having to deal with 400 000 applications in a system that is already overburdened as it is.

21. We are informed that people who have attempted to hand in firearms have been turned away because the SAPS have no storage capacity to receive the firearms. Thus, the law-abiding are then forced to retain possession of an unlicensed firearm and be guilty of an offence.

22. The situation, we submit, is unacceptable.

23. Further, it has widely been reported and acknowledged by the SAPS that firearms handed in during amnesties routinely find their way into the hands of unlicensed owners, many of whom are violent criminals. Some new ‘owners’ may simply be ordinary people trying to defend themselves and who cannot afford to comply with the prescripts of the Act. This latter element cannot be quantified, and the extent of the losses of amnesty firearms is likely substantially understated.

24. The huge losses of firearms handed in during previous amnesties, often ending up in the hands of violent gang members, has justifiably led to a significant trust deficit in the concept of an amnesty to surrender firearms.

25. An amnesty to surrender firearms, we submit, will put an additional burden on the SAPS under circumstances where it need all its capacity for policing work (the recent spate of cash–in–transit heists and the daily occurrence of violent protests comes to mind), and it will be counter-productive and simply entrench the view of millions of legal gun owners that the system is ‘out to get them’.

26. Our country is wracked by violent crime and is routinely listed in the top 10 world-wide for violent crime. Removing a person’s only means of fending off violent criminals through simple bureaucratic oversight creates understandable panic and anger at what is perceived to be a draconian policy out of step with lived realities.

27. We accordingly implores the SAPS to peruse the papers that we have placedbefore the Court, as well as the PAIA application which was rejected by the SAPS and to consider the removal of the obligation to re-license firearms as a matter of urgency.

28. We suggest that the Commissioner has the capacity to extend the period of validity of any license (Section 27) in terms of Section 28(6) read with Section 28(1) and 27 of the FCA, and that there is no prohibition contained in the FCA against the retrospective effect of such a Notice. This can be a solution until such a time as a legislative amendment can be passed to do away with the requirements of the FCA that compels a license holder to renew his or her license for any firearm held under sections 13, 15, 16 or 17 of the FCA.

29. We further refer you to the text of our aforesaid PAIA application and Court papers in support of our submissions herein. We sincerely believe that there is no alternative solution to the current or future problems for the reasons as stated therein.

30. We confirm our availability to attend a meeting with you in order to discuss these matters further, which has tentatively been suggested for Tuesday the 19th of June, 2018.

I survived a hijacking… 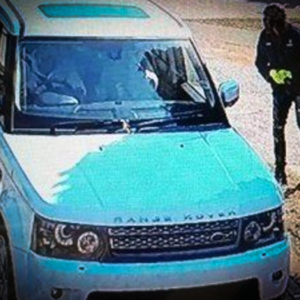 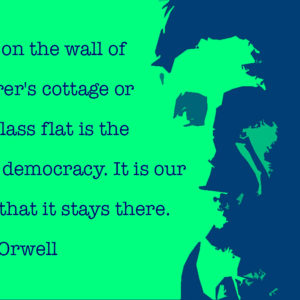