“Never in the field of human conflict was so much owed by so many to so few.”

The quote by Mr Winston Churchill was part of his speech on the 20th of August 1940 to the House of Commons. The Battle of Britain was raging above, and Britain was short on fighter aircraft and even shorter on pilots.

But for the blood, grit, and determination of a few resolute young men who were at the sharp end of the fight, we all might be speaking Japanese, Russian or German today. Many who survived being shot down did so with ghastly burns disfiguring them for life.

So, what has this to do with South African Gun politics?

Simply put there are the “few” that are leading the gun rights fight in this country: it is a fight for decent and fair laws and administrative justice for all South African gun owners. You will meet them on the shooting range, running club shoots, or administering membership. It is the gunshop owner who is trying to stick it out in tough economic times and trying to cope with the bulldust demands of an incompetent CFR, or putting up with more import delays.

It is the moderators and users on social media platforms that promote the responsible ownership and use of firearms, putting up with endless inane questions by those who should not be let near a keyboard let alone a firearm, or challenging once again another one-sided illogical article by a gun-free sycophant.

Those who literally are at the sharp end are those who actually go to parliament, usually self-funded, to face down those in power who have a totally different agenda and are attempting to foist their socialistic gun-free ideology upon us.

It is the collectors, sportsmen, and hunters that are taking the time to share their interests with others…especially those who have a misconception about firearms. So-doing preserving both the firearms and history for future generations.

Or the firearms trainer: a person who has the requisite skills beyond what the law requires and is trying to make a living by teaching real practical skills to a group that sorely needs it.

It the bloke or gal who is attending to the maintenance of a shooting range or facilities or simply teaching safe gun handling to others. It is the landowner who grants permission for shooting to take place on their property.

These “few” form the bedrock of our firearm owning community. For the most part they are not recognised properly in their own community or beyond it.

A few weeks ago I attended the launch of a book: a work that was the result of many years of hard slog by a group of individuals who had toiled without reward whilst working a day job.

The book that they had contributed to is epic, and has implications for the broader fight for our firearm rights. Speeches were given by Carvel Webb, John Welch and Chas Lotter. (If you do not know who these individuals are then please do find out) There were many other familiar faces too. It felt a bit like the Grammy awards for the firearm community.

During the speeches Chas asked the contributors to stand or raise their hand when their name was called. The contributors did so and got a rousing round of applause. These gentleman had made sacrifices in terms of time, money and family to produce this book. It is tangible evidence of the positive contribution that firearms owners, users and innovators have made to our country.  These “few” have made a contribution out of all proportion to their size.

At the very least they got some form of recognition. Many of the other “few” never will. In fact, they are more likely to encounter indifference and apathy from those fellow firearm owners whose rights they are fighting for. Some of these fellows are guilty of throwing others under the bus, however that is the topic of another blog.

If you are in any way involved informally or formally within the firearms owning community, and promote safe and responsible use of firearms, a huge thank you for your sacrifices and time.

If you are not, please look for ways that you can volunteer your time, either online or on the shooting range to take the fight to the gun-free crowd. Do not try reinvent the wheel, ask where you can help and then plot your own course.

Perhaps one day we can have an award ceremony acknowledging the contribution of the few and the many.

However, until then at least acknowledge what other folks are doing for you, and get involved.

Craig Gadd is the owner of Tactical Quarter Master (TacQM), and does a regular podcast on Gunsite Radio called “Shootin’ the Breeze with Camouflage762”. 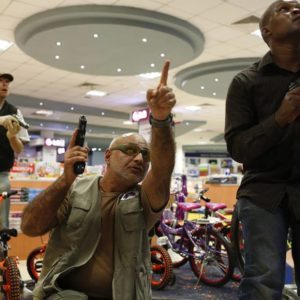 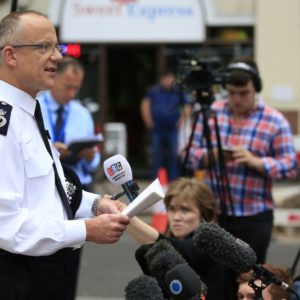